Several congresspersons from Florida met this Friday to present the bill in support of the affected Cuban families. 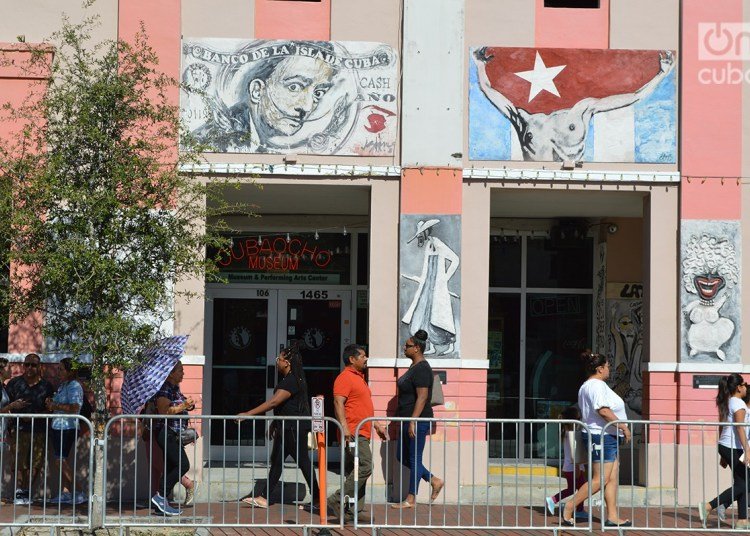 Several U.S. congresspersons presented a bill this Friday in Florida in support of Cuban families affected by the cessation of the Cuban Family Reunification Program (CFRP), known as “Parole.”

According to a press release sent to OnCuba by the office of Debbie Mucarsel-Powell, representative to Congress for District 26, this Friday November 1 there would be a dialogue with Cuban relatives living in Florida, followed by a press conference to explain the details of the bill.

The main objective of the new law would be to immediately restore the CFRP, detained since 2017 due to the reduction of personnel at the U.S. embassy in Cuba, because of the alleged “acoustic attacks.”

The law would establish a maximum of 30 days for the State Department to restart the processing of applications.

“It would also require the prioritization of those applications that have been waiting to be processed during the last two years,” the statement said.

If the bill is approved, the processing of these requests should not take more than 60 days after the new regulations come into force.

So far, the only information in this regard is that the Cuban parole program is “under review” by the U.S. Citizenship and Immigration Services, which has recently canceled similar programs for Haitians and Filipinos.

Mucarsel-Powel is the co-organizer of the event with the co-sponsor of the legislation, Donna Shalala, representative of District 27.

Mucarsel-Powel, who is the first congresswoman born in South America and a member of the Hispanic Caucus, was elected in the last legislative elections of November 2018.

The representative’s office hoped that during the dialogue the Cuban families would share their personal stories and explain how this issue has affected their lives.

Other details of the bill that would be announced this Friday will be discussed during the press conference.

The event took place at the West Dade regional library in Miami.