With funds supposedly from the U.S. Agency for International Development (USAID), the plan is "designed to finance actions and search for information to discredit and sabotage the international cooperation," according to the Cuban Foreign Ministry. 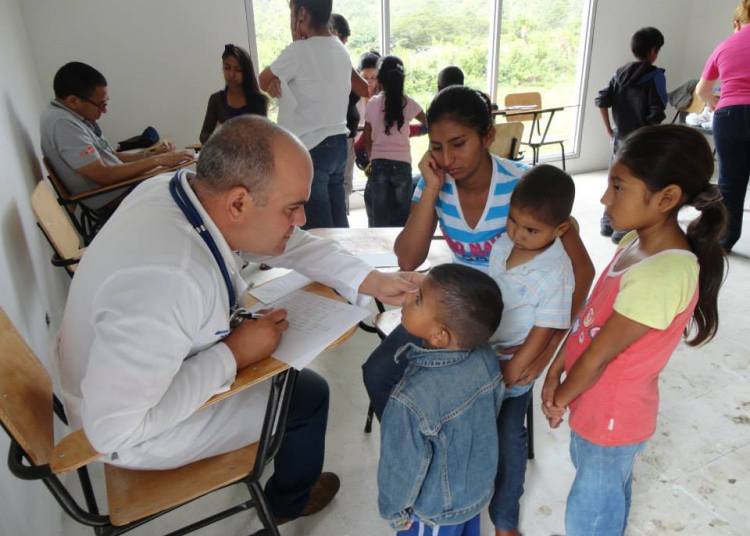 The Cuban government denounced this Thursday a U.S. plan worth millions to “discredit and sabotage” the medical cooperation the island provides in dozens of countries, “legitimately established” programs in which professionals participate “freely and voluntarily,” Havana affirmed.

Through a press release, the Cuban Foreign Ministry said it “denounces and strongly condemns the recent aggression,” which joins the “crude pressures exerted against several governments to hinder Cuban cooperation” abroad, one of the Caribbean country’s main sources of income.

With funds supposedly from the United States Agency for International Development (USAID), the plan is “designed to finance actions and search for information to discredit and sabotage international cooperation,” the text explains.

“The center of the immoral slander consists in claiming, without any basis, that Cuba incurs in the trafficking of persons or the practice of slavery and trying to denigrate the meritorious work that…hundreds of thousands of Cuban health professionals and technicians voluntarily carry out in several countries, particularly in the Third World,” the Foreign Ministry pointed out.

The export of professional services―mainly doctors and teachers―is Cuba’s main source of income. University education on the island is completely free and every year several thousand are licensed in the medical career to practice inside or outside the country.

Last year, medical missions abroad contributed almost 6.4 billion dollars to the country, way more than the 1.3 billion earned from “support services,” the country’s second declared source of income, which includes assistance to vessels and airplanes, among other benefits.

The vast majority of Cuban professionals carry out their work in disadvantaged communities and in remote areas, where specialists rarely go to.

However, critics of these programs consider them a detrimental practice for Cuban doctors, because a part of their salary goes to the state coffers and they are not allowed to take their families with them.

The controversy climaxed last November, when Cuba withdrew more than 8,000 doctors in Brazil due to the threats of president-elect Jair Bolsonaro to cancel that initiative if Havana did not accept new conditions, including doctors earning their full salary.

According to the Foreign Ministry’s press release, “the Cuban technicians and professionals participating in these programs do so absolutely freely and voluntarily” and during their mission “they continue to receive their salary in full in Cuba and also have a stipend in the country of destination, together with other forms of compensation.”

“In the cases in which Cuba receives compensation for the cooperation provided, these collaborators have the merit of providing a highly valuable, fair and totally legitimate contribution to the financing, sustainability and development of the massive and free health system” in the country, Havana affirmed.

The “lies” about the “slavery” of Cuban doctors “are revealing of the low moral status of the U.S. government and the politicians who are engaged in the business of aggression against Cuba,” highlighted the Foreign Ministry, which said the campaign “has millions of dollars in funds and the complicity of several of the big media.”

After a brief “thaw” in which they reestablished their official relations after almost half a century of enmity, the United States and Cuba are going through a delicate moment in their relations, very deteriorated since the arrival of President Donald Trump to the White House in 2017

The current Cuban president, Miguel Díaz-Canel, has responded with equal harshness to Trump’s aggressive rhetoric and recently accused Washington of seeking to reestablish the “parole” program for Cuban doctors, which, according to the island, encourages the “brain drain” and discredits the Caribbean country’s health system.