Currently 125 of these facilities operate for Cuban tourists, while reservations are marketed in more than 230 points of sale, detailed Minister of Tourism Juan Carlos García. 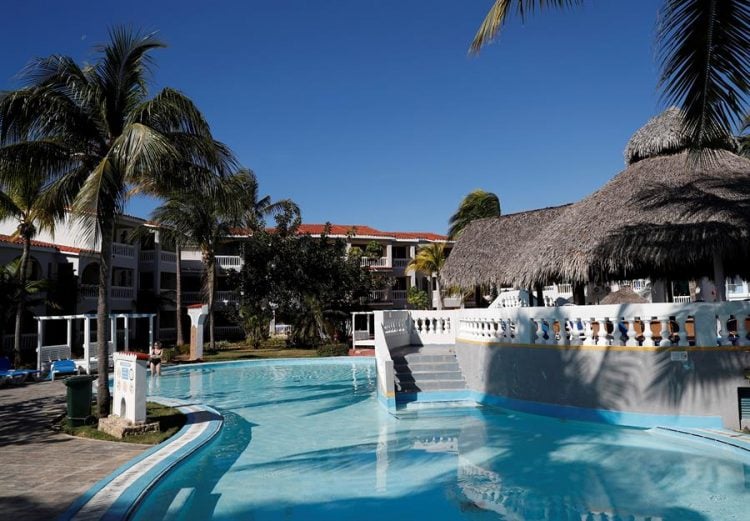 More than 539,000 Cubans made reservations in hotels open for the domestic market on the island after the resumption of activities in the tourism sector after months of shutdown due to COVID-19, Cuban Minister of Tourism Juan Carlos García said this Tuesday on the Mesa Redonda television program.

Currently 125 of these facilities operate for Cuban tourists, while reservations are marketed in more than 230 points of sale at the beginning of the post-COVID-19 de-escalation, said the minister quoted by Cubadebate.

García announced the possibility that starting in August the sale of all tourist offers for Cubans will also begin in freely convertible currency―along with the convertible peso (CUC)―, through debit cards backed by bank accounts, a system already used to market various products in stores especially opened for this.

“We will also keep all the options in CUC, but if someone wants to pay in foreign currency, they can do so. To encourage this option, we will give a 10% discount,” said the minister, who said that the stores dedicated to international tourism will also sell their products in foreign currencies, “always in accordance with the country’s provisions.”

As for the camping modality, so far there are more than 42,000 vacationers who have visited the open bases throughout the country, and “the objective is to keep the 140,000 points of sale open and add new bases” of those lower-cost facilities exclusively for Cubans, García said.

In addition, the minister emphasized promoting various options to attract foreign visitors to Cuba, such as cultural tourism and events.

Juan Carlos García confirmed that the main goal of his ministry is to promote the island as a tourist destination for peace, health and safety, in the midst of a complex context caused by the COVID-19 pandemic, from which the island aspires to “recover ASAP.”

The minister of tourism explained that strict security measures will be applied to foreign visitors, which include carrying out PCR tests upon arrival to the island, and said that both hotels and airports have certifications according to established protocols.

García confirmed that, even though the tourist facilities of several Cuban keys are already open to international tourists, their arrival has been delayed due to the measures taken by the different nations, travel agencies and insurance companies in the face of the pandemic, which has made for a delay in the expected flights from important markets for Cuba, such as Canada.

However, he said that requests had been received from Russia―an expanding market on the island―to fly to the keys with a weekly frequency for the second half of August.

After an unfortunate 2019, in which the Cuban tourism industry suffered a 9.25% drop due to events such as the prohibition of cruises and the restriction of flights to Cuba by the U.S. government, the Ministry of Tourism had opted for a discreet growth of its operations in 2020, when it aspired to reach 4.5 million tourists. However, COVID-19 has hit this sector hard globally, an impact from which the island has not been able to escape.

Coronavirus in Cuba: three new infections between Havana and Artemisa

Coronavirus in Cuba: three new infections between Havana and Artemisa

“The glory is theirs and nobody can take it away”