The former minister of health of Bolivia said Morales traveled for “a medical consultation with the Cuban medical team that previously treated him in Bolivia.” 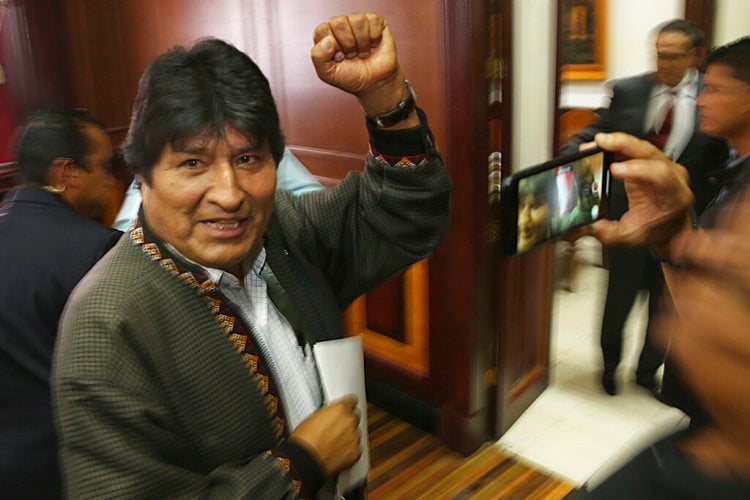 Sources from the Mexican Secretariat of Foreign Relations indicated that “Morales traveled in the morning to Cuba,” and that the former president reported that “it is a temporary trip.”

Consulted by EFE, former Bolivian Minister of Health Gabriela Montaño confirmed that “President Evo Morales is in Cuba for a medical consultation with the Cuban medical team that previously treated him in Bolivia.”

On December 4, the Organization of American States (OAS) reiterated its allegations of “irregularities” in the last presidential elections in Bolivia by presenting the final version of the report that led to the departure of the hitherto president.

The OAS published the preliminary version of the report on November 10, a document that generated a political earthquake in Bolivia and in a few hours led to an announcement of electoral repetition by Morales and his subsequent resignation forced by the military.

In the elections in question, held on October 20, Morales was elected for the fourth time as Bolivian president by winning in the first round by a margin greater than ten points, according to the official count, against his main rival, ex-President Carlos Mesa.

The final OAS report published this Wednesday, however, indicated that “the indicated manipulations and irregularities make it impossible to be certain about the margin of victory of candidate (Evo) Morales over his rival (Carlos) Mesa.”

This same Friday, Morales posted on his Twitter account that “the right-wing coup” accuses him of electoral fraud “when not even the OAS report speaks of fraud, but of irregularities.”

“And the law foresees that if there are irregularities, the voting must be repeated at those polls. They stole our victory in the first round,” he added.

Morales left his country on November 11 after the Armed Forces forced him to leave office and was given asylum in Mexico.

It has been speculated that Morales wants to travel from Cuba to Argentina once Alberto Fernández assumes the presidency of that South American nation on December 10, and from there organize the strategy of his party, the Movement for Socialism (MAS), for the next elections in Bolivia, whose date has not yet been set.

A law agreed between the opposition, which came from the Bolivian interim government, chaired by Jeanine Áñez, and the MAS, with a majority in Parliament, annulled the October 20 elections to begin an urgent process towards new elections.