The image of the Giraldilla, a sculpture representing San Cristóbal de La Habana, was added to the original design of that bill. 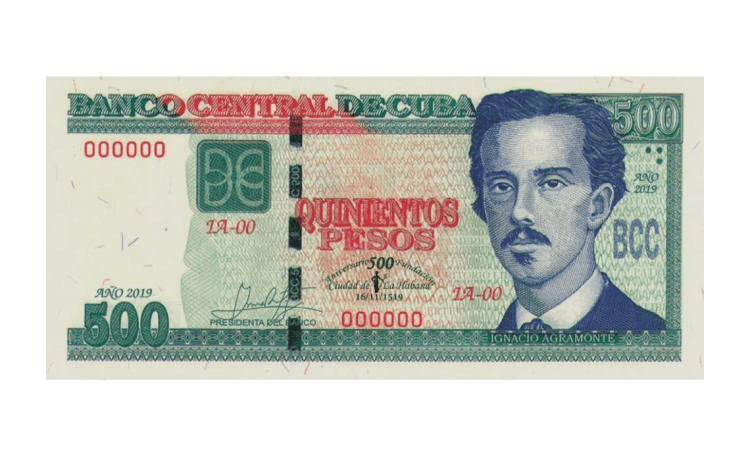 A new 500-peso denomination bill was issued by the Central Bank of Cuba, as part of the celebrations for the half millennium of the founding of the township of San Cristóbal de La Habana, Prensa Latina reported.

A design allegorical to the 500th anniversary of Havana was added to the original design of that bill that includes the image of the Giraldilla, a sculpture that represents the city, explained a press release from the Central Bank.

On the back of the bill the central drawing that represents the Constituent Assembly of Guáimaro was replaced by one that represents the Templete, site where the first mass was held in the city, half a millennium ago, specified at the bottom of the image.

These new bills will circulate together with those of the previous issues, which will remain valid, concludes the note signed by the Central Bank of Cuba.

The new bill, printed this 2019, has all the security measures, says the entity’s statement.