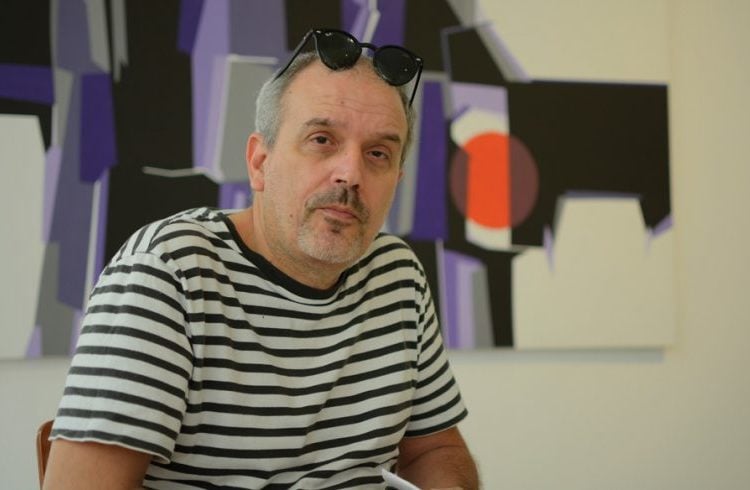 Andy Rivero (Havana, 1965) is a contemporary visual artist who from the beginning opted for abstract art. This creator develops his work in two important areas: painting and engraving, and perhaps is the Cuban abstract painter who has devoted the longest time to the multiple original. Three decades ago, the Havana Experimental Engraving Workshop opened its doors to him and, since then, he has been producing non-stop. Because of the excellent opportunities provided by collaging in terms of textures it is perhaps the technique that most suits the work of Andy who, moreover, has created very well authenticated and structured monotypes from the conceptual, aesthetic and technical point of view.

Recently while talking with artist Pedro de Oraá, 2015 National Prize for Visual Art, about the work of Andy Rivero he made the following observation: “he is a painter who classifies as an abstract artist, but has his feet on the ground which is why I like to reiterate that he is a non-abstract abstract artist; for him ivory towers don’t exist nor is he daydreaming. One feels that his work is very close to the reality that surrounds him.”

And maestro Oraá is completely right because Andy’s work, although it meets the requirements of the best abstractionism, is constantly managing concepts, notions that he deposits on the canvas, or the metal plate, with a very personal way of doing that little by little – throughout more than 30 years – has been creating a seal that distinguishes and identifies him.

The central theme of his work, as he affirmed in an exclusive interview with OnCuba, is the life “that sums it all up; life is going out in the morning to water the plants, hear a scream, sex, women, the sea, the street, the ugly, the pretty, the sad, the happy, the harmonious, the disharmonious, love, lack of affection, the most refined, the popular and even the vulgar!”

Andy’s stroke is absolutely spontaneous with a marked expressionist nuance and, although at first sight you get the feeling of a certain chaos, when the work is analyzed in detail one perceives that everything is very well-thought-out and structured.  Perhaps that order is due to the fact that before becoming the consolidated artist that he is today, he was formed in the classrooms of the Higher Institute of Design (ISDI), an academy that equipped him with the tools that he still uses today to communicate.

As all creators he is always reinventing himself and perhaps that eagerness for experimentation has led him to incorporate tridimensional elements to reinforce the message. And although an artist who keeps attached to the two-dimensionality that the paint support offers is respected, the displacement toward other forms of doing is also valid. And what Andy has been doing in recent times is precisely installing his paintings: “I want my work to not be solely and exclusively abstraction but also that it have added value and those objects that I add contribute a double or triple reading, but those elements have to be in coherence with, joined to, painting. It is not any object arbitrarily placed because in art everything has to be justified.” 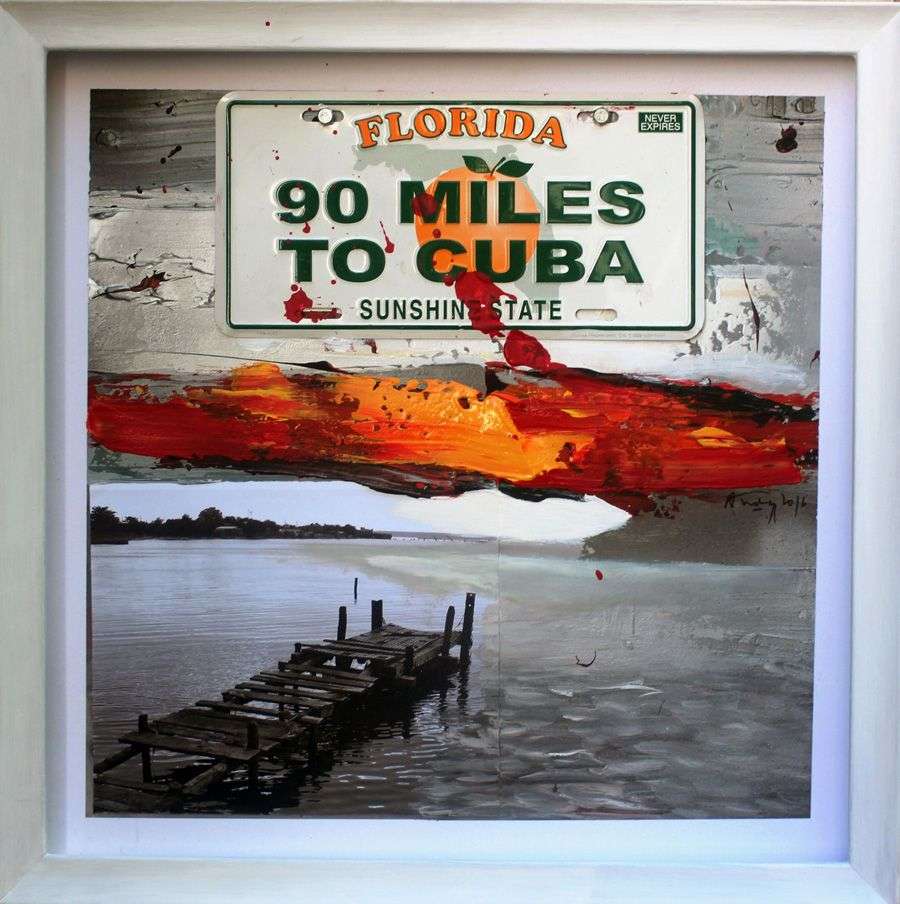 The palette of this restless artist – who defines himself “not as a pure abstract artist but as a non-conformist abstract artist” – has varied with the years. In the beginnings and for a long period he was characterized for the explosiveness of color, but in recent times – especially starting with an exhibition titled “Nadie es puro” (No one is Pure; 2015), organized in the prestigious Collage Habana Gallery – it has shifted to black, white and red. That contraction or adjustment in the palette, I believe, has favored a great deal the visual discourse of Andy and the economy of resources has contributed to consolidating his seal.

Another of Andy’s singularities is that – compared to abstract painters who generally resort to the useful N/T – he makes an effort to guide the spectator based on the title; a way of articulating the group of information and concerns he shares with those whom he tries to make accomplices: “assimilating and understanding the abstraction is more difficult than figuration and, since what I do is to interpret a reality and not reflect it as it is, I use the support of titles to create ties of complicity and perhaps emplace the publics.”

And that interest of Andy of relating, of mixing with people, of being abreast – occupied, concerned and informed – of what is happening in his homeland and in the world, makes him go every day to Empedrado Street, where his studio/workshop is located, very close to the famous Bodeguita del Medio, to pour his concerns onto the canvas.