The traditional music and dance of Scotland will be present at the United Kingdom’s cultural celebration, which will take place November 27-December 8 in Havana, and in which there will be no lack of manifestations of contemporary art and Cuban approaches to the culture of the European nation. 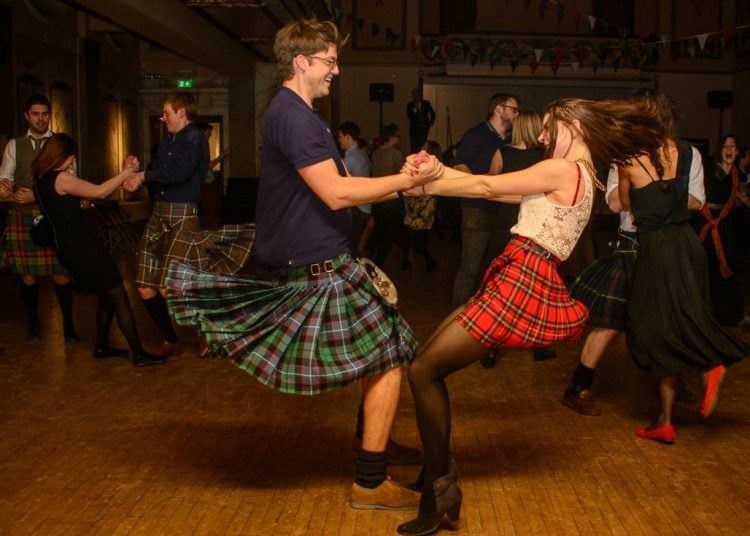 Ceilidh, a typical Scottish celebration with traditional dance and music, can be seen in Cuba during British Culture Week. Photo: colchesterhighlandgames.com

Scotland will be the main protagonist of the British Culture Week in Cuba, an event that reaches its seventh edition with a broad program that exceeds the margins of the traditional seven-day week and in which relevant artists from that region of the United Kingdom will participate.

Traditional Scottish music and dance will be present at the celebration, which will take place November 27-December 8 in Havana, and in which there will be no lack of manifestations of contemporary art and Cuban approaches to the culture of the European nation, according to Jeremy Lang, Secretary of Political Affairs, Press and Programs of the British Embassy on the island, announced this Wednesday at a press conference.

The day will open the day before, on the 26th, with an event at the Centro A+ Espacios Adolescentes in Old Havana, with an exhibition by Scottish photographer Dougie Souness, in which he shows his vision of Cuba and shares the space with his Cuban colleague Roberto Chile. And it will continue throughout 10 days with concerts, theoretical sessions, theatrical performances and film shows.

A highlight will be St. Andrew’s Day, Scotland’s holiday, on November 30, when the Gorría Gallery Workshop will host a ceilidh, a typical Scottish celebration with traditional dance and music. That same day, in the evening, Dj Denis Sulta, one of the most popular figures today in the music scene of the city of Glasgow, will offer a concert at the Línea and L park, in Havana’s Vedado.

Sulta himself, known for his successful shows in several cities in the United Kingdom and the world, will give a workshop for DJs from the island at the Fábrica de Arte Cubano. A Creative Industries workshop will also be given on this site by Roy Luxford, director of programming for the Edinburgh International Festival, one of the most important in the so-called Old Continent, while manager Elizabeth Dingwall will hold an exchange on the management of young musicians.

Also from Scotland will come renowned chef Gary Maclean, appointed National Chef by the Scottish government, who will present typical dishes of his country to Cuban chefs, while musicians Isla Stout (bagpipe), John Gahagan (violin and flute) and Frazer McLellan (accordion), and dancer Cameron Walker will offer traditional Scottish dance and music workshops to Cuban students, and the band The Cauldbums will perform at the Submarino Amarillo.

A small but important sample of Scottish cinema from the Havana-Glasgow Festival will be screened at the Havana movie theater 23 y 12, home of the Cinemateca de Cuba. It will show the Chilean-Scottish documentary Nae Pasarán, winner of a BAFTA award, and will be presented by its director, Felipe Bustos; as well as the films Trainspotting and Trainspotting II, by the award-winning filmmaker Danny Boyle and made 20 years apart.

Outside the week, but as an extension of it, on December 19, the film The Angels’ Share, by acclaimed British director Ken Loach, can be seen.

Another highlight will be the concert at the Fábrica de Arte, on the 7th, of young Scottish jazzwoman Marianne McGregor, considered a revelation of this genre today and who has been compared to stars like Billie Holiday. McGregor will give a talk at the National School of Art.

For Cuba, the Ceilidh dance work by the Otro Lado Contemporary Dance Company stands out. Its director and choreographer, the young Norge Cedeño, has poured in it artistic and historical references to show a “Cuban vision” of the tradition and spirit of Scotland in the El Ciervo Encantado theater, on December 5 and 6.

Meanwhile, Raúl Martín and Teatro de la Luna will undertake the challenging production of Macbeth, the Shakespearean classic which the playwright approaches through contemporary codes, such as the use of multimedia language and a play on news. This work―of “crushing current events” in the words of Martín―will be on the billboard at the close of British Week, from December 6 to 8, in the Adolfo Llauradó room.

With this vast program, which also includes community and educational activities carried out by the British Council, this week “consolidates its objective of promoting the culture of the United Kingdom in Cuba, and also encourages the exchange between artists from both countries,” said Lang, who highlighted the prominent role of art and creative industries in the growing exchange between the two countries.

Thus, as of November 27, the United Kingdom, and in particular Scotland, will be a little closer to Cuba.