A Bank for the Cuban Interests Section in Washington 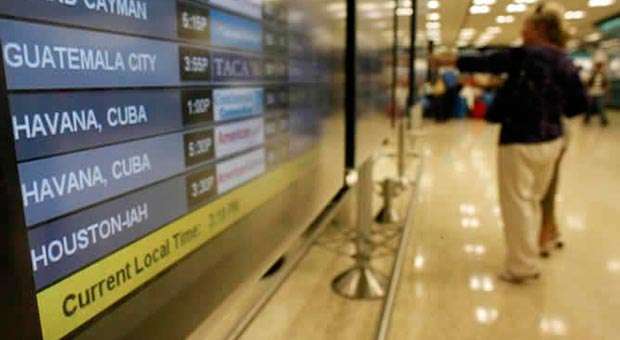 In the absence of “normal” economic relations between Cuba and the United States, from time to time, disputes, closure of institutions, absence of agreements, fines for trading with Cuba, denial of visas between the two countries, and countless events, take place.

While it is true that the Obama administration, in terms of relations between citizens of Cuban origin in the two countries, left behind the absurd actions of the Bush administration, the fact is that sanctions against companies and banks in the period has exceeded previous administrations, which means that it has intensified the blockade of Cuba, although Cuba is undergoing changes and transforms in economic terms.

Another chapter of this misunderstanding of the current administration is not cooperating to eliminate restrictions on banks based in USA, whether domestic or foreign, to take on the bank accounts of Cuban institutions in that country, like both the Cuban Interests Section in Washington and the Permanent Mission of Cuba to the United Nations.

In the modern world it is impossible to provide services if not done through banks or deposits made in them. Mutual relations should exist, because if Cuba guarantees bank deposits of U.S. institutions in Cuba, such as those of the US Interests Section, presumably in the other direction they should be conducted without hindrance.

I think that in a time of year like this where family wounds heal, people forget the difficulties in the past year, where family ties are increased because the holidays, the U.S. government should seek a solution to the dispute, which led the Cuban government to limit the consular services offered there, subsequently affecting the people of Cuban descent who has decided to spend the end of 2013 with their families. That’s how in 2012 about 384 000 visitors of Cuban origin came to the country, a high percent of them originated in the United States

There is an opportunity for the U.S. to listen to both its population and the Cuban government and become active in policy towards Cuba with a different prism, and not only at the level of rhetoric, but to propose new steps or measures, portfolio proposals, which must be prepared. And they should begin by authorizing a bank based in the USA to assume the banking operations of the Cuban institutions in the country, something very simple in economy.

Cuba changes and though it should speed up those changes, is unquestionable that transformations have occurred in the country , especially in the non-state sector , where the number of licenses exceeds 450 000 , where more than 250 urban cooperatives were approved and a similar group is in the approval process, where restrictions that made the life of the Cuban population complex were eliminated, as the sale of homes and cars , permission to travel freely , among countless others and where in January the first phase of the Mariel port container terminal will open, and there is increased interest in countries and companies to become dealers in the new Special Development Zone Mariel.

Changes are taking place even though USA continues its old policy, not giving up on its positions on Cuba, but will lag behind, when it sees that its main economic partners are already interested to participate in the new economic model configuration.

Will Dayron Robles be able to represent Cuba? (I)