The freedom of a company: Danza Libre 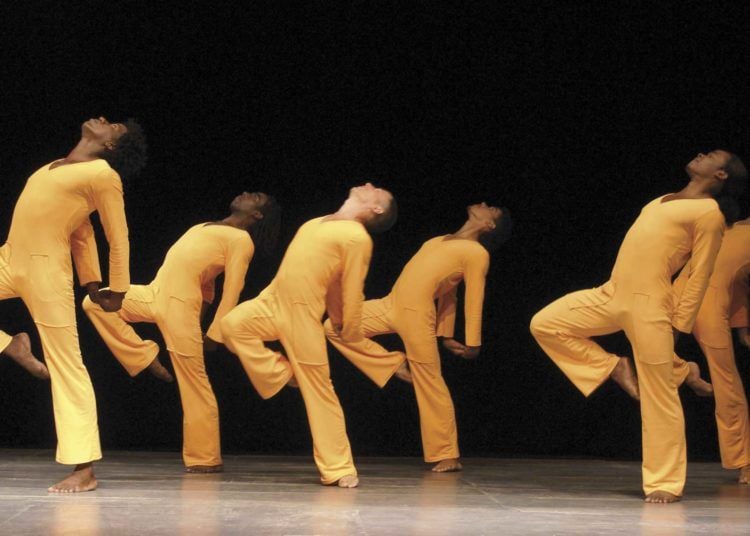 Walking down a certain street near downtown Guantánamo, we may be surprised by the above sound of dance exercises, accompanied by the rhythmic beat of a tumbadora drum — Boom! Boom! Boom! …Boom! Boom! — emanating from inside a building that looks slightly art deco.

That is how this company has danced ever since it made its debut on Jan. 26, 1990 at the Teatro Guaso in the city of Guantánamo, preceded by years of preparation, investigation and exploration by Elfriede Mahler, a dancer from the United States. She had come to Cuba in the early 1970s, attracted by the work of Ramiro Guerra in providing professional training in Cuban contemporary dance. During her travels around the island, Mahler discovered Cubans’ capacity for rhythm, especially in the eastern region, where she decided to settle down and open a school to teach basic dance and, in time, create her own dance company.

Sweat. Lots of sweat. It is the intense training combined with the hot weather. The teacher checks every movement, mindful of the evolution of each dancer in the sweltering classroom.

The company’s debut repertory, a mixture of contemporary and Afro-Cuban folkloric pieces by well-known choreographers and newcomers, featuring very young artists, marked the movement, essence and main line of development of the new company, the first such professional group in Cuba’s easternmost province.

In its early days, the company had two groups of dancers, one for contemporary choreography and the other for Afro-Cuban. As time went by, bringing needed adjustments and disruptions, and with the coming and going that is typical of this profession, the two groups of dancers began to merge, and little by little, what is now Danza Libre began to emerge. After five years, and following the death of the company’s founder, the group’s artistic direction was taken over by maestro Alfredo Velázquez, Mahler’s spiritual and professional son, a former student of the school she founded and a founding dancer of the company.

Like a sculptor, the teacher models the bodies of his dancers with his esthetics. With the years, he has designed a very specific method that unites the technique of Martha Graham with Afro-Cuban folklore, all in the same body. There are no longer any differences. Folklore is adapted to the theater and made contemporary, while respecting its essence. Contemporary pieces are danced with the cadence, rhythm and sensuality of Afro-Cuban folklore.

And…! Five, six, seven, eight…fall! Right arm in arabesque! And…!

The Guantánamo area is a heavily Afro-Cuban area, and that, together with the concept of expressive freedom with which Danza Libre’s founder, Elfriede Mahler, strove to imbue her company, led to this group being born without any rigid esthetic boundaries, open to all possibilities for expression.

As we continue our walk, the sweaty young dancers continue practicing under the keen eyes of their teacher, who, day in and day out, sculpts into their bodies the expressive freedom of dancing…

Cuba Gets Ready at the Latinoamericano Stadium