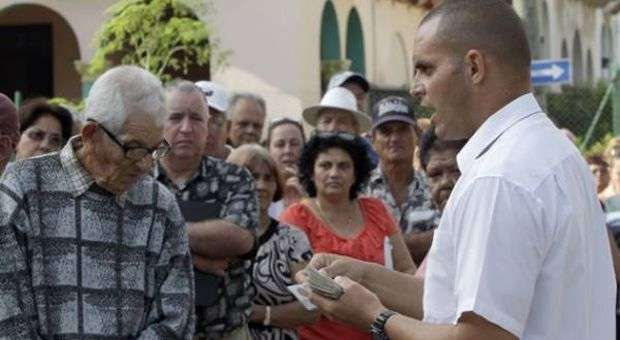 The procedures and repeated money spending to get U.S. visa from Cuba may drastically decrease as the ultimate measure of U.S. Immigration Service . The document states the possibility of issuing multiple-entry visas valid for five years to Cubans visiting that nation in character of non migrant visitors.

So, this allows Cubans who are granted such visas should only do once the visa process, as well as the corresponding payment of 160 CUC, which even today must be done each time the travel permit is requested.

With effect from August 1 st, 2013, the rule will allow Cubans unlimited traveling to the United States for five years, but for the maximum periods that set the B-1 visa (Business Visa: 1 year) and B-2 (Tourist Visa: six months ).

The researcher specializing in Cuba-US relations and Cuban former diplomat, Carlos Alzugaray, values this measure as “a positive step that approaches the situation of Cuban citizens to the ones of other countries. It eliminates discrimination that has existed so far. I wish it will be a step, however small, to progress through the path of normalization of relations. ”

With the arrival of Obama to the White House, the U.S. government has removed many of the Bush restrictions on Cuban-Americans to travel to Cuba, as well as increasing the permissions for educational, cultural and religious purposes.

Last July 17, Washington and Havana resumed negotiations on migration in the U.S. capital itself, following the entry into force, in January 2013, of the Cuban immigration reforms. These included the abolition of exit permit and produced an increase in the number of Cubans with expectations of traveling to the United States.

A few days after initiating these talks, which were broke down after the arrest in Cuba of U.S. contractor Alan Gross in 2011, it seems that both sides find common channels of standardization and this measure will have a positive impact in bringing closer together Cubans living inside and outside the country.

In this regard, Alzugaray notes that “this legislation also fosters links between Cuba and the United States and it is positive for hundreds of thousands of Cuban families that are separated due to emigration. Of course, there is much ground to cover, even in terms of visas, but it can only be interpreted as a step in the right direction. ”