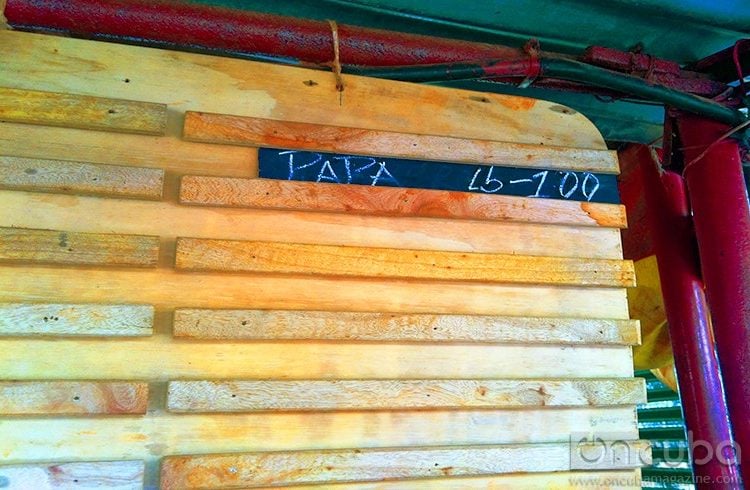 The Cubans crave potatoes and potatoes are sold in Cuba once a year. Once a year people stop what they are doing and ask the last, and get into lines, and get desperate, and buy all the potatoes they can buy. One pound costs one peso. The physically disabled and pregnant go first.

In Calzada and K, in the downtown Vedado, there is a green market, and in that market yesterday, before 9 am, a truck had stocked it with potatoes. Minutes later, two ladies, quite old already jumped at each other´s neck in the line to buy. In 33 and 44 streets, Playa, similar events took place. In Santos Suarez, in Revolution Square, in Old Havana, we witnessed similar brawls.

There are people that miss the time when potatoes came as part of the the ration book. “We ate little; some say, but we all ate. Then that was left was sold by the free. “Those who miss those times, say not many police were needed to control the queues and the problem that brings each queue, which always is that everyone wants to go first. People actually have not been happy in any of the two stages.

The people miss potatoes so much in Cuba that the illegal selling of potatoes has emerged. There is the seller that steals or does business with whom steal potatoes, and sells them in small packages at 1 CUC, with some 8 potatoes at piece. Trafficking in potatoes out of time in which they sell for free is already almost as dangerous as trafficking with other things.

Some harnesses the energy and gets in the queue as many times as they can, not because they eat so many potatoes, but because the restaurant owner sent them to buy much for their business, or because then you will get 10 medium potatoes, will put them in a bag of nylon and they are going to sell it for 1 CUC, to those that did not have the time or the courage to get into a queue.

Yesterday I was reading an old newspaper Granma, on February24, and said Ciego de Avila farmers “reported good crop of potatoes” with values above the previous year, although these figures were still low for the needs of the population . The paper ends with a short line that says companies such and such in Melena del Sur and Ciego de Avila started the “shipments to the Ceballos combined industry to make pre-fried potatoes intended for tourism.”

French fries, smashed potatoes, stuffed potatoes, baked potatoes. When was the last time you had potatoes, sir? Last year. Aren’t you getting in the line, Madam? No, darling, I don’t feel like getting into a brawl, I am too old and maybe somebody hit me badly.

Havana Biennial: An opportunity for people to people exchange