Co-ops in Cuba: Yes… But No 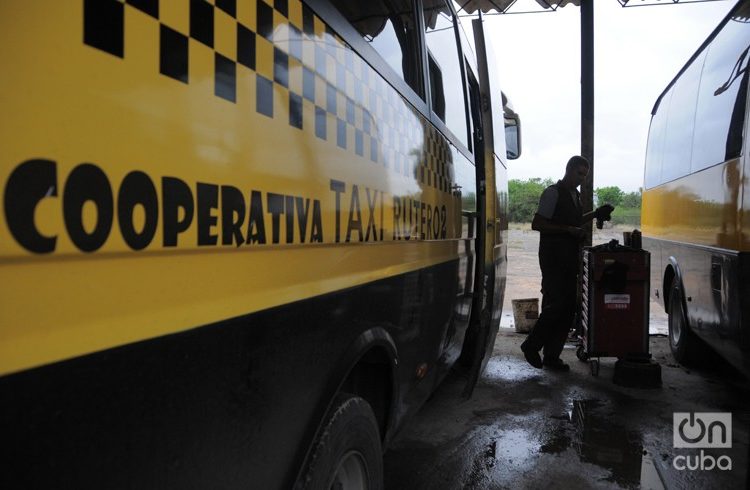 The announcement made more than two years ago that Cubans would be able to found co-ops raised expectations that have not been met in the context of the process of economic reforms currently underway on the island.

At a meeting recently held by the Council of Ministers on May 29, an assessment of these forms of business association, still considered as “experimental” in Cuba, came to conclusions that could be summarized as: “Co-ops yes, but no.”

Over a two year period, the government has approved the creation of 498 co-ops, of which only 347 are operating.

The areas in which they have been authorized to operate are very limited, with trade and food services being the most extended (88%), distributed as follows: technical and personal services (59 %), construction (19%), and industrial services (10%).

The Commission is currently reviewing other 205 applications.

According to the report presented at the meeting, so far co-ops they have shown to be “economically efficient.” However, the document also underscores, the public have failed to understand their process of implementation, as intended by the government, and their experimental status.

It was informed that, for now, the decision has been made not to continue to increase the number of co-ops, but to prioritize the consolidation of the existing ones.

“Not everybody has correctly understood the experimental character of this process,” said the Minister of Economy and Planning, Marino Murillo, present at the meeting, “nor that the priority in their implementation are the sectors that may have the highest impact on local development.”

Although it is not clear what the problem for the expansion of co-ops is, based in the information released, it is possible to put forth a few reasonable doubts regarding the issue.

The current re-structuring process of the Cuban economy is opened to different forms of business organizations, including companies funded with foreign capital, self-employment, state-run socialist enterprises, and co-ops. The latter are the only ones that are considered as “experimental” (yes, we get it), and are subjected to an approval process that is complex, slow, and plagued with all kinds of obstacles posed by the bureaucratic apparatus. That is clear to us, but, why are these organizations treated unequally?

A possible explanation is that the reform does not contemplate, in a clear manner, what the role of co-ops is or will be in the Cuban economy –their structure, scope and mission in the new economic order.

Government officials and the media outlets at their service are constantly talking about the potential of cooperative business initiatives –as sources of employment, as actors that could revitalize the competition and therefore contribute to improve the quality of production and services. This model of production also has the advantage, they have said, of generating positive economic and financial results, of being more beneficial for partners with regards to earnings, and is associated with better tax reporting in comparison to individual entrepreneurs.

Additionally, announcements have been made about the preparation of courses for the training of co-ops directors in areas such as business administration, accounting and internal control organization systems.

But little or nothing has been said about the essence of this type of business organization: the fact that they are democratically managed by the partners, that all the people involved take active part in the control of the business, and that they operate on principles of autonomy and independence.

Even less has been said about the values that such a kind of organization could promote: solidarity, cooperation, commitment to the development of communities, and the fair distribution of riches.

We will have to wait and see how will the principle of autonomy fit into the plans to include co-ops in the State Budget and Economy Plan, as has been announced at the said meeting. Understanding that a co-op is not a state-run business is essential if the objective is to make them work, especially if the government wants to continue to impose production plans and additional functions on them.

If there is a kind of business model that is essentially socialist, that is the co-op. Its organization is the most likely to potentiate the socialization of property, knowledge and power. There is no room in its design for plans imposed from the top down. In co-ops, the use of profits is collectively decided upon at meetings of members.

From this point of view, the decision to extend from three months to a year the maximum time allowed for co-ops to hire employees, in numbers not to exceed 10% of the total number of partners, is puzzling.

The results of the assessment on co-ops could be influenced by these divergent ways of understanding these basic principles.

The delays and obstacles in the processing of applications could be linked to political and practical tensions between these conflicting visions. Maybe a centralized economy is not compatible with the principle of autonomy. Maybe the diversification of models of production and the lifting of restrictions are not synonyms of the democratization of the economy.

To promote co-ops in consonance with principles established in the course of a century, without obviating the contradictions and the different forms this business model has adopted over the years, it is necessary to understand that directors and workers are at the same hierarchal level.

Saying “yes” to certain structural aspects of co-ops, while posing “buts” to others should not be a choice. Not only is this a way to deform their essence, it also potentiates and legitimates individualistic management models which have already shown, extensively, their limitations when it comes to fairly distributing wealth.

How to Communicate a Changing Cuba

U.S. and Cuba Get Closer, in Spite of the House

U.S. and Cuba Get Closer, in Spite of the House