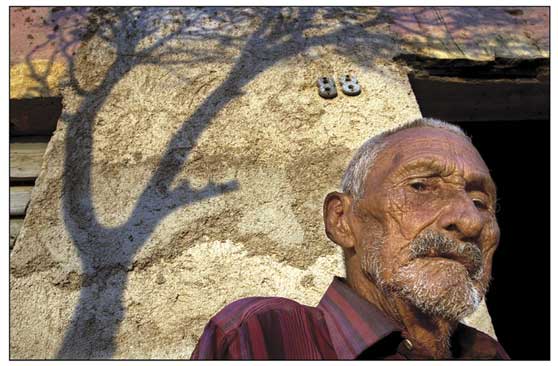 The aging of Cuban population is a very common topic in the media in recent times, it even came to seem an irreversible spell launched against social development policies, which despite their good intentions, also brought a decrease of birth rates and the increase of aging sectors; which meant, fewer people of working age and more persons depending on social assistance.

The preliminary data from the recent Census of Population and Dwellings reveal that Cubans aged 60 or more increased in 1.3 percent (until last year they were considered a 17% of the Cuban population) and on the other hand, it is maintained that since 1977 the average of Cuban women do not guarantee their replacement, I mean, they leave less of a daughter when completing their reproductive stage.

These are, in a way, obvious results of social progress, unquestionably “positive,” -full incorporation of women into socially useful work, with incentives for professional growth and promotion to managerial positions, as well as a health system that guaranteed over the last half century an increase in life expectancy of about 20 years- but they have turned into “negative” impact factors on population dynamics, which means in two decades we are going to be the most aged country in Latin America.

The previous statement- which has nothing of obscurantist prediction but a mathematical certainty-is, for the indicated period, incorrigible; so we must take measures to deal with this ¨problem¨ to try to reverse that trend.

Since the last regular session of the 7th Legislature of the National Assembly of People’s Power, last December, Cubans were told some decisions would be announced this year as part of the fulfillment of the economic and social guidelines adopted by the 6th Congress of the Cuban Communist Party in April 2011. In recent days, such announcements acquired the weight of the first figures and concrete actions.

Granma newspaper told in its edition on February 27 that 58 million pesos were included in the Economy Plan for 2013 to support 30 measures “designed to serve adults and to increase the birth rate “.

Among these are mentioned primarily those associated with stimulation

to fecundity through the specialized support to the infertile couple, where psychology is crucial , and the reduction of female infertility risks (according to specialists, genital sepsis affects the ability to procreate in

The information provided by Granma newspaper also included the topic related to the conservation and repair of kindergartens and nursing homes.

The acquisition and production of prostheses, walking frames, walking sticks, collars, wheelchairs, among other things for geriatric attention, are also targets of the budget assigned for this year.

Meanwhile, other media have referred to the creation of consultations for this purpose in Primary and Secondary Health Care, a system that now revives but whose National Program was approved in April 2007.

In September last year, the National Information Agency also talked about the future operation of specialized centers in Havana, Cienfuegos and Holguin, which will be equipped with cutting edge technology to deal with specific needs in this direction.

Domestic difficulties to financially support the decision to have children is another element that greatly influences on the delay and decrease in births in recent years, to which joins the migration of women in reproductive stage, in many cases, as a result of the first statement. Both edges of the problem are recognized, and therefore they are included as one of the issues to address within the updating process of the Cuban economic model.

According to the aforementioned newspaper there are several solutions for these problems, and for this reason, an inter-ministerial commission was created, together with the planned measures; that entity involved the Ministries of Labour and Social Security, Finance and Prices, Economy and Planning, Public Health, Education, Higher Education, Culture, Light Industry, Domestic Trade, Construction and the National Institute of Sports, Physical Education and Recreation and the Cuban Institute of Radio and Television, to give priority attention to this task.

Cuba has also admitted that the actions planned for 2013 “aren’t the complete solutions because the accumulated needs are many, but we are trying to solve the most urgent problems “, but trying to rejuvenate Cuban social development policies is something that demands more time and resources.

An encounter with Mirtha Ibarra