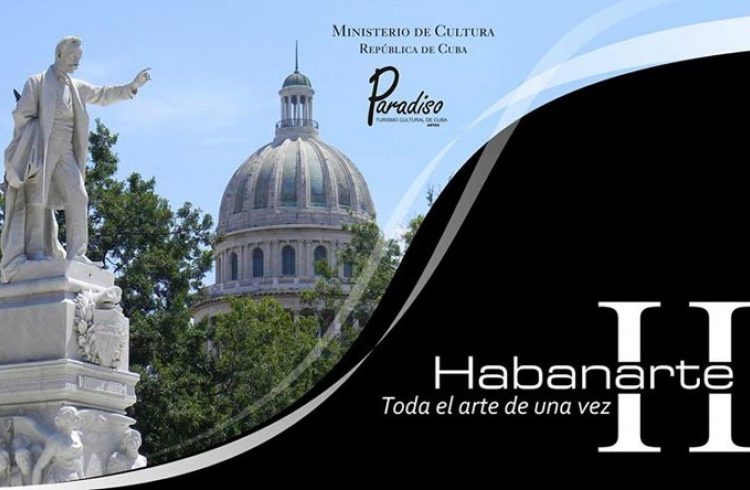 Habanarte 2014, the first edition of an ambitious festival that will gather in Havana “All art at once” from September 11 through the 21, officially will start at 11 pm at the recreation center El Sauce with a concert by Isaac Delgado.

More than one thousand artists from almost one hundred cultural institutions covering all art forms on the island, will participate for ten days in what is expected to be an unprecedented event, given that the coexistence of the presentations equivalent to ten simultaneous music , dance, theater, visual arts and literature festivals.

The organizing committee announced that more than a thousand Venezuelans have arrived in Havana to attend the festival. Other large delegations are those of Mexico, United States and Colombia.

Prices for access to any demonstration shows are the usual prices in local currency.

However, the Agency for Cultural Tourism Paradiso, the official tour operator of Habanarte 2014, has already on offer different packages for both domestic and foreign public who wants to have full pass to any of the presentations and workshops and tours especially designed for these offers.

In the Paradiso packages, which went on sale yesterday at the ALBA Cultural House,  stand out the classes in areas such as the Higher Institute of Arts, for the teaching of popular Cuban rhythms and two daily special tours for groups of at least ten people. The first consists of a tour of the most important Art Deco buildings of Havana, and the second includes a visit to the Finca Vigia museum, and other places that show the passage of writer Ernest Hemingway through Havana.

Marziota told OnCuba that “these deals have had very good promotion and we hope they sell well. There are several programs designed for tourism, both those already in Cuba, and the ones coming specifically to the event. ”

The concerts will take place primarily in the gardens of Mella Theater, the Raquel Revuelta Hall, the Yellow Submarine, the Maxim Rock, Rumba Palace and others. Among the most expected this weekend is the Descemer Bueno´s concert at the Karl Marx Theater.

This weekend Contemporary Dance will perform at the Mella Theater. The National Ballet of Cuba, meanwhile, has developed a weekend repertoire contained in Les Sylphides, choreographed by Alicia Alonso, and the pas de deux of the black swan in Swan Lake in the Havana Grand Theater.

The Pavilion Cuba extended the Arte en la Rampa, with regular concerts of this fair, which will be performed by Qva Libre, Tony Avila, La Colmenita (the Little Beehive) and other artists. In the cinema retrospectives of classic Cuban film will be presented and workshops and literature and music will also be developed, as well as expo-selling albums of the national record companies and other Cuban cultural products.

Habanarte seeks to rise in the Cuban scene as the most diverse and inclusive of arts festival on the island. Convened by the Ministry of Culture and its system of institutions, it will take place also in communities, parks, galleries, cinemas and theaters.

The complete schedules for the ten days that Habanarte 2014 will last, as well as the tickets for all events are available at the ALBA Cultural House, the Chaplin Cinema and Infanta Multiplex. The festival is also posted on the official event website. You can access it at www.habanarte.cult.cu….

The real Buena Vista Social Club is in the Habana Café