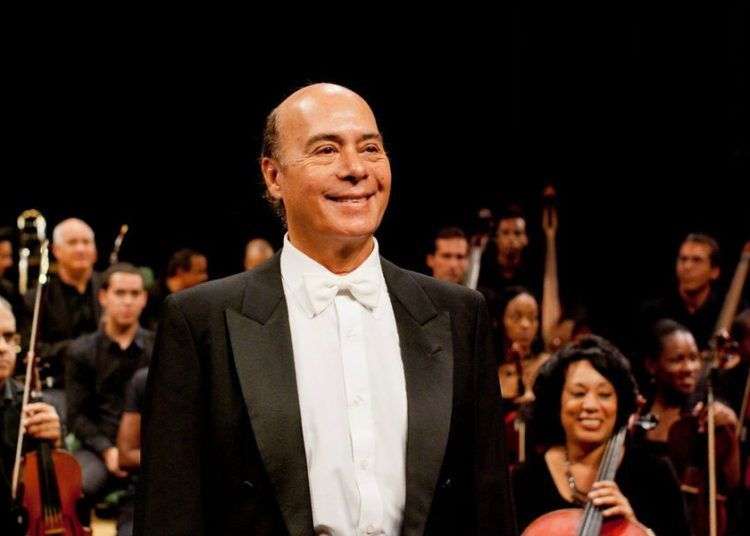 Maestro Guido Lopez Gavilan just finished his new album which will be released during this year. This new work is entitled Caribbean Nostrum, and it is, according to himself, an example of the infinite possibilities of the Cuban music to be worked on the basis of various orchestral formats.

Guido is the author of all pieces included in the phonogram; the prominent orchestra director noted that some of the features of the phonogram were recorded live with La Ceiba record label, which belongs to the Office of the Historian of Havana City.

The CD owes its name to the homonymous piece that precisely opens the album, and doing it was a great pleasure for me, both in its conception and implementation because I could count on the Eternal Music Chamber Orchestra, a band that I lead, and also with the Trio Concertante and my son the pianist Aldo Lopez -Gavilan, told Guido.

The production is quite varied, he said, you can hear various genres, but Cuban identity is present throughout the album, several of the songs are made for string orchestra as ¨Habanera sensual¨ , ¨Que rico es¨ and ¨Contradanza caprichosa ¨. There are also included pieces composed only for piano, some of them are very emotional. Aldo plays one, a very short one, which was created by me when he, as a child, took his first steps on the instrument, entitled ¨Songs for Aldito¨ and it has a great sentimental value.

“Toque” (Touch) is also for piano, is played by Leonardo Gel, and has a very complex execution; and ¨ Clariloquio¨ is for clarinet and is played by Dianelis Castillo, who takes a leading technical and histrionic performance that conveys great strength .

The list of titles also includes ¨ Como un antiguo bolero¨, a work written for the Trio Concertante, and others of great creative value to me like ¨Variantes coral leyenda¨ , which is performed by the trio and my band.

This work was a real challenge for everyone involved on it because its recording was live. These features demand a lot from musicians because there is no margin for error, the possibility that offers the study of perfecting the sounds and separately itemize the work of each instrument is not on this phonogram, every sound is like the ones heard in the concert offered in the Minor Basilica of Saint Francis of Assisi last year, with the atmosphere created on the stage and the audience directly involved.

The initiative, added Guido, emerges to make a tour of my work viewed from different eras, and besides La Ceiba, the Colibri record company, belonging to the Cuban Institute of Music, is involved in this project.

I hope this work transcends as a sign of acceptance that this type of music enjoys in the country, he said

The Sad farewell of Cuba to the World Baseball Classic

A King in Havana

Israel Rojas: Making a balm from a song