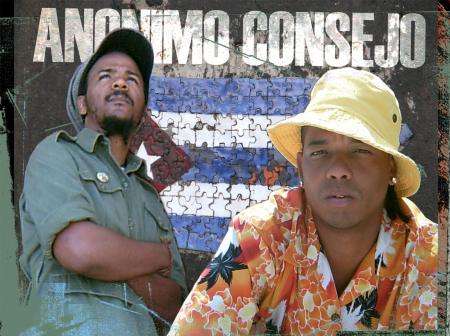 Their lyrics, sharp as knives, open the way with fraternity and commitment to the people from the neighborhood and a better future. They are urban poets who sing to life, love and the surrounding reality.

The reason: to celebrate a decade of the Cuban Rap Agency. The purpose: to show and compare the diverse forms of rap, a genre that arrived in Cuba in the late 1970’s and became strong during the economic crisis of the 1990’s.

The musicians will be accompanied in this expedition by break dancers, a key form of hip-hop culture, and graffiti artists, its graphic expression.

The tour of bands belonging to the Agency’s catalogue is a feast that will make it possible to open new windows for the creation and development of rap throughout the country. It also intends to give testimony of what has happened in the hip-hop world in the archipelago.

It is an excellent opportunity to recall good moments. That is why the repertoire scheduled for these fifteen days of presentations range from the unforgettable themes, always present among the members of the rap community, to the most recent productions.

The tour began last Friday in Guantánamo and its second destination was something special. The discharge in Santiago de Cuba was different, since the influence of Caribbean countries like Jamaica, the Dominican Republic and Puerto Rico grant a distinctive note to the music created in that eastern province. Some local rappers like TNT Rezistencia, Las positivas and Golpe Seco also climbed the stage there.

The concert was also a perfect opportunity to observe the most revolutionary trends of the genre, like the fusion with jazz and reggae, in addition to the performance of the soloists accompanied by bands, a non-traditional format in the genre.

This week the rappers will continue their journey. They will arrive in Holguín on Tuesday, while on Wednesday and Friday they will perform in Camagüey and Villa Clara, respectively. In the city of the large earthenware jars they will be joined in the presentation by the members of La Skina.

The tour will come to an end on the 27th of this month, with a performance in the Avenida Theater of the capital. The concert will be recorded for a DVD to be produced by the Colibrí seal, from the Cuban Music Institute.

Other well-known voices from the world of rap like Danay Suárez, Mariana, Onda Libre, LHA and Trampa Explosiva will also take part in this audiovisual product.

The concerts in improvised spaces evidence that rap has always had an important group of admirers in the Island. This tour sponsored by the Cuban Rap Agency will be highly appreciated by the public, who will be able to enjoy live the music of its favorite artists.

The IAAF Does Not Forget the Great Ones

Humor in Cuba, an insider’s opinion