by Sergio Cabrera
in OnCuba Media
0 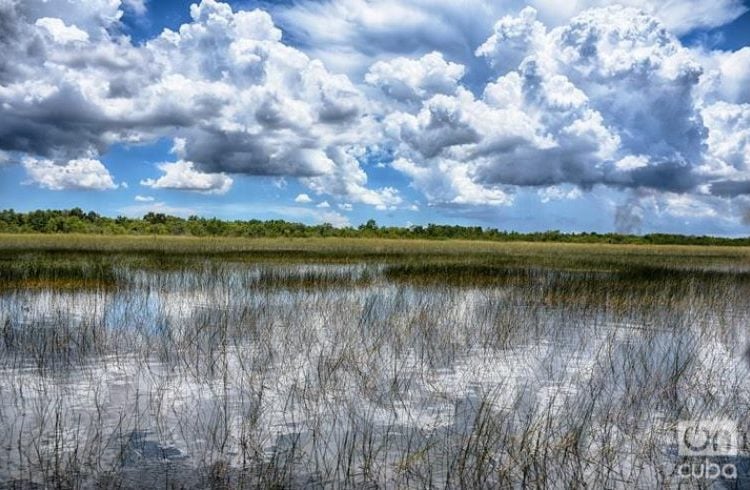 During Spain’s dominion over Florida its name was Cañaveral de la Florida (Florida’s Reed Bed). Everglades, its current name in English, meaning ever light green in allusion to the swampy zone of the land, whose major part is flooded and covered in high grass. For some the Everglades is not strictly speaking a swamp but rather a sort of big river, since its freshwater is not stagnant but rather slowly flows from north to south, between tall reeds and trees.

Nowadays it is an attractive zone for tourism and excursions by the locals. There are several points to get excursions on boats. They are called airboats because they are propelled by large fans. Wild animals can be seen on the tour, especially crocodiles, which sometimes reach the canals going into the city and take out their prehistoric heads far from the peaceful Everglades, once the “Cañaveral de la Florida.”

The migratory flow to the United States doesn’t stop

The migratory flow to the United States doesn’t stop

Cuba and U.S. talked “in detail” about human rights