What is happening in my town and its markets probably happens in all of Havana province’s municipalities, in one of the worst moments the capital has faced in all its modern history. 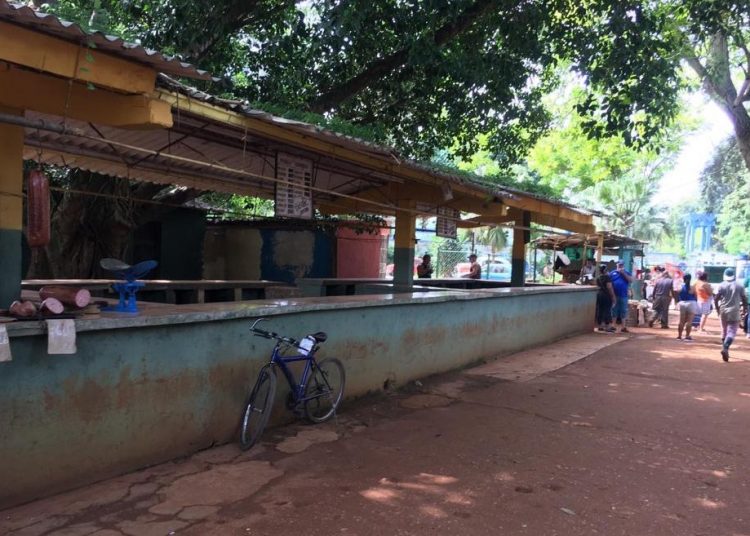 The images of the agricultural market in my town, Santiago de las Vegas, this Sunday, August 23, 2020 have nothing to do with those of just a year ago, when all the stands were in use and the variety of products, despite being summer, made it possible (as long as you had money) to leave more or less satisfied, although with a black hole in your pocket.

My town is one of those peripheral municipalities of the province. It is located to the southwest of the bay and is like a bridge with the other two neighboring provinces, Mayabeque and Artemisa. Watch out, geography matters. In fact, part of the lands of my town and my municipality are among the most fertile in the country and have the privilege of an underground water reserve like few other territories in Cuba. Good land (of the best), water, and a special microclimate that in its time allowed it to have even strawberry crops. Added to this is the advantage of having one of the only two agricultural research institutions that Cuba had before 1959, the Agronomic Experimental Station of Santiago de las Vegas (today INIFAT), founded by Cuban scholar Juan Tomás Roig at the beginning of the last century.

Since before the 19th century, Santiago de las Vegas had a good communication route with what was then the capital and today is Old Havana, known as Calzada de Bejucal. In the 1830s it was privileged, again, with a railroad, when it still didn’t exist in Spain and in all of South America, and later with an international airport. Then with one of the most modern highways in the country, the Rancho Boyeros highway, which linked and links my town with the center of the capital of the Republic, in a trip that doesn’t exceed 25 kilometers and 35 minutes in a suitable car (any Lada model, for example). After the Revolution, it was awarded another high-ranking research center, the National Center for the Production of Laboratory Animals (CENPALAB), which today is part of the Cuban biotechnology industry about which we have so much to be proud, achieved above all by Fidel Castro’s vision and commitment.

Now let’s add it all up: its excellent agricultural land, sufficient water, adequate microclimate, good communication routes both by road and by train (if it were to function), two of the most important science and technology institutions in the country (one of them entirely devoted to agriculture), very fertile neighboring lands and close to the largest of all the markets in Cuba, the city of Havana and its most populated municipalities, some of them with the highest income in the country. Even an airport in the center of everything, the most important in Cuba if someone ever thought of inventing a business to produce fresh fruits and vegetables to export to other countries. For example, to Canada or those famous tourist islands in the Caribbean that don’t have the land and water necessary for crops, but that after this pandemic will have to feed more than 30 million tourists each year and bring those products from anywhere, no matter how remote.

The city of Santiago de las Vegas, today a town, should be one of the main productive emporiums, not in the province, but in the entire Cuban western region. But isn’t. Its agricultural markets should be full of produce, but they aren’t.

Undoubtedly, territorial development strategies are very much needed: elaborate them, submit them to the criticism of experts and, above all, share them with their inhabitants and have them join them.

Back to my town’s market. I asked one of the vendors there if they were closed or were going to close. He smiled and said: “Professor, the trucks aren’t coming in.” The answer was a huge blow, for several reasons.

Havana has borders with two of the richest provinces in the country in fertile lands, Mayabeque and Artemisa, both located exactly in the strip of lands called the Havana-Matanzas plain, to which a great deal of that third of very good quality lands Cuba has. Both also have enough water and connection with Havana through roads that are among the best in the country: from the National Thruway to Pinar del Río (which crosses Artemisa) and the Central Highway (which visits countless towns), to a modern railroad, that comes from Mariel to the port. It’s the same towards the east: National Thruway and Central Highway combine and cross the entire province. The Vía Blanca should be added to the north, in addition to the central railroad and that other one, the first of all those that come from the bay of Havana to the city of Güines. 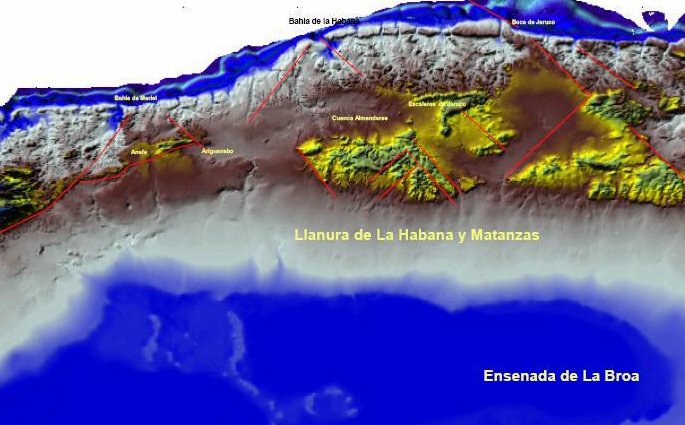 Mayabeque and Artemisa have the best potato, taro, cassava, garlic and onion land in Cuba. The Gómez family, between San Antonio and Alquízar, almost in front of the air base, managed to harvest more than 25 tons of potatoes per hectare a few years ago. That is why it is so difficult to believe that there are no products on offer in Havana’s markets.

It’s true, as my colleague Anicia García stated, that in agricultural production you have to look at the entire chain, not a separate factor.

If the production incentives work, but the rest of the chain that brings the product to the market stands fails or, rather, continues to fail, then the effort and resources are lost. If those who have to pay don’t pay and, with all impunity, months and months are owed to those who produce; if the aim is to benefit enterprises with administrative and coercive measures that we have known for a long time are not the ones you need, then we won’t have agricultural products and perhaps one day we’ll also be able to not have producers.

“The trucks are not coming in” was the answer given to a colleague of mine in another market in Havana. What’s the story with the trucks then? Their owners don’t want to come to this capital or they don’t have oil? Has anyone directed/indicated/prevented them from moving agricultural products from those provinces to the capital? Who has so much power? Who wants to exacerbate the food crisis facing the capital of all Cubans today? How is it possible that the sweet potatoes, taro and bananas produced in Quivicán or Güira de Melena can’t reach Havana?

If the situation is due to the pandemic, is it not possible to apply disinfection measures to cargo and trucks as they enter the capital? Who is responsible for such a blockade of the capital of the Republic?