2019 has been the most difficult year since the Special Period: previous poor performance, systematic reduction of export earnings, very low share of investments in the GDP.... What can we expect? 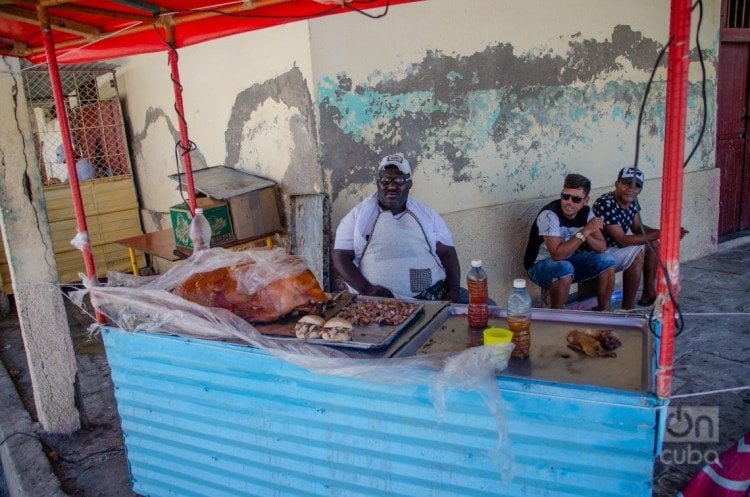 They had spent several months working hard on their project. They had been discussing the idea since before graduating from University. Each one came from different specialties: industrial engineering, economics, law, agricultural sciences, mechanics, automatics, all friends since before entering the University, all excited about the idea of ​​that project that promised, at least in their papers and minds, to be a good deal.

The market showed it every day. A huge unsatisfied demand on the one hand, on the other the most important resources (land and labor), both almost without restrictions, and the very clear signs from the political leadership, “produce, supply the domestic market, export.”

Their project fully met those demands and would surely be welcomed and supported. They had discussed the project over and over again, had asked for experiences, and they even tried out some business simulation exercise.

Then, with enthusiasm, youth and their project, they tried to carry it out: to create an agricultural cooperative! where they could apply everything they had learned in their careers and in all the research they had done for their project. And the question arose: how can a group of young university students, almost recent graduates, with a project at hand to produce and sell agricultural products create an agricultural cooperative in the capital of the Republic?

Someone who knew about the project, sitting at his desk, with a smile and a tone of indulgence, told them in advance that it would be a failure, that it was impossible, that it was crazy, that that could not be done, that it was not established and…he closed the door on hope. But hope is very resilient.

In just a few days we will say goodbye to 2019. I’m not discovering anything if I say that it has been one of the hardest and most difficult years that Cuba, the entire population and the government has had to face. Recent and previous reasons are at the root of the matter. Growth, if any, will barely be noticeable, the pressure on the balance of payments continues to limit the ability to pay, and export revenues barely make it possible to maintain minimum import volumes.

From my perspective, 2019 has been the most difficult of all the years that Cuba has had to face since the Special Period. It is preceded by an accumulation of poor performances, an average GDP growth rate of around 2% in the last five years, the systematic reduction of income from exports of goods and services, a very slow improvement in the share of investments in the GDP, but at the same time it continues dragging an inefficient investment process that has an impact on a low return on funds, a secular evil of our economy, low growth dynamics in decisive sectors such as sugar production, nickel and tourism.

It has also been the toughest of all years because never before has any U.S. administration done so much to asphyxiate the country’s economy and push it into an unsustainable political situation, repeating that old formula of the Eisenhower government. In fact, the measures that the Trump administration has applied even exceed what the Helms-Burton Act stipulates; they are exacting measures. But they will lose again. Betting on the wrong horse has been a systematic mistake of the U.S. administrations, in the case of Cuba.

However, 2019 has also been a year in which at least I have been able to perceive a greater intention to boost this process of change that began so long ago. All these decisions have provoked reactions and reflections of different types, many have been published in the networks, opinions in favor, against, better grounded analyzes and others not so much, but what cannot be said is that there has been indifference. And that, that tremendous participation, discrepancies and differences included, I think is the best thing that has happened, for everyone.

Some of these measures have a direct impact on macroeconomic balances and involve risks such as inflation, labor migration from one sector to another, redollarization of economic circuits, devaluation of the CUC in the informal market, generation of more external debt.

Others, such as the new decree on non-agricultural cooperatives, continue owing to the needs of our economy and our current society. It should also be said that all this is being done when the country’s conditions for it are the least ideal.

Another is the discussion about coherence, consistency, transparency, order, sequence, and so on. All of them are important or, even better, decisive issues, so that the transformation efforts of the results to which they aspire can be achieved.

It is very likely that if that same group of enthusiastic young people had presented these ideas as theirs to that official, he would also have described them the same way he described the project they presented to him.

It is true that many of us aspire to more, but it would be unrealistic to say that nothing has been done, or that what has been done remains within what some call “comfort zone” of the decision makers.

There are undoubtedly many issues that need to be addressed. I’ll mention some:

But everything that is done will be in vain if mentalities such as those of that official continue to decide on issues that, even small ones, have tremendous significance.

A long, long time ago, in the elementary school where I studied, my science teacher showed us something that we all thought was magic. She stuck a bone of a chicken thigh in acid for a while and then took it out and bended it without breaking the bone. We were all speechless when we saw the flexibility that the bone had attained thanks to the acid.

How much acid will we need today so that minds full of calcium don’t kill hope, force the “madness” to become sanity and stop frightening you with fear of a possible failure?