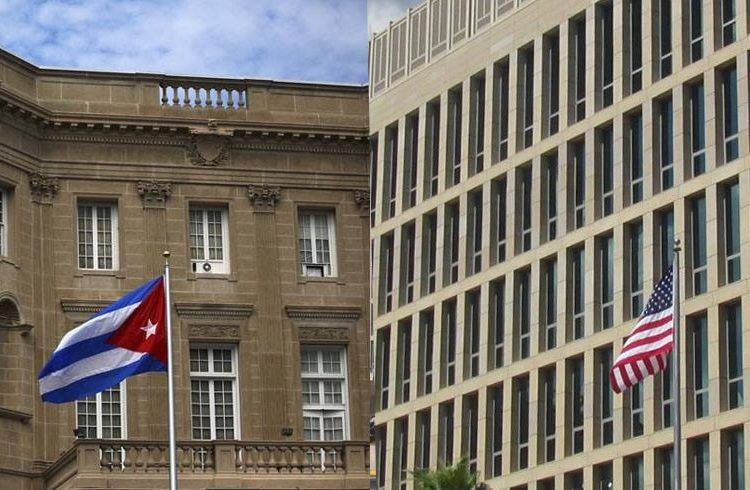 The fact that they have embassies means that each of these governments recognizes the existence of the other as an independent, legitimate nation. Embassies focus their work on promoting government exchange and bilateral relations between their countries; attending to political, economic and cultural affairs; protecting the interests of each country; and providing protection and assistance to the citizens they represent. Until now, neither Cuba nor the United States had been able to carry out such functions. Their respective Interests Sections lacked formal status, and their functions were limited to consular and cultural affairs, engaging sometimes in activities prone to misunderstanding.

For Cubans inside and outside the country, these places were not pleasant; they were places of scrutinized documents, resounding rejections, excessive expenses, lives hanging on a “yes,” and thousands of untold stories. Now everything seems to be changing. July 20 and August 14 of the year 2015 mark a historic turning point for both Cuba and the United States.

For the nearly two million Cubans who live in the United States, having a Cuban representation in the country will alleviate the constant tension that has always come with consular processes. And for Cubans resident on the island, it is the hope of shortening what is often an unbridgeable difference separating them from their loved ones, and the possibility of beginning to have economic and commercial relations with a very close neighbor who offers great opportunities.

For Americans, it signifies the possibility of exploring the commercial potential that Cuba has as the largest Caribbean island, with the appreciable advantage of the highly-skilled Cuban population, as well as starting down the path of normal visits to the island and being able to enjoy its natural, cultural and social attributes without any restrictions.

Seeing the Cuban flag wave on July 20 in Washington and then the U.S. flag on August 14 in Havana has been an unmistakable symbol, not just of a willingness to move forward in consolidating relations, but also of the feelings of two peoples who have never seen each other as antagonists. Now the path is oriented to establishing, gradually and respectfully, the foundations of an enriching exchange.

I have had the good fortune to participate in these events, and to feel the pride and satisfaction of seeing both flags wave. For me, Cuban by birth and a U.S. citizen who wishes the best for both peoples, it has been a dream come true. I admit that the sentiment is intense, profound, and incomparable….

Which Secretary of State visited Cuba before Kerry?

Tattooing a crime in Cuba?

Tattooing a crime in Cuba?

The Informal Markets of Cuban Tourism

Richard Blanco: An American Poet Made in Cuba