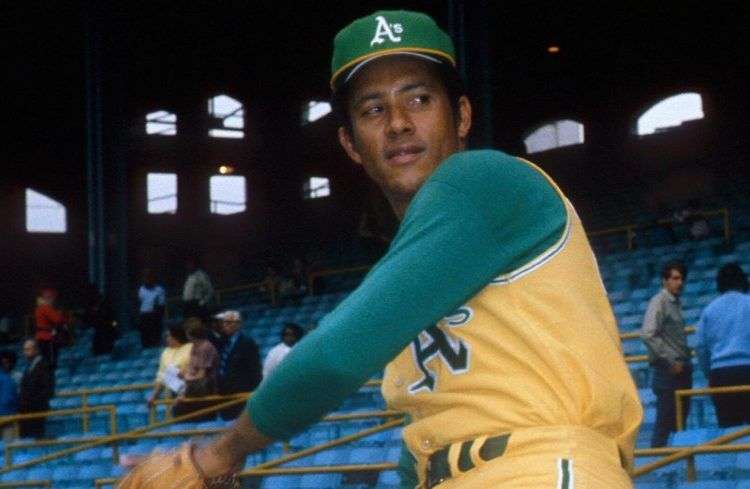 One of the twelve immortal Cuban inducted into the Hall of Fame of the Caribbean Series is a little media figure for Cubans. The pitcher Diego Segui, with a long career in Latin American baseball has that huge and contradictory privilege to be an unknown immortal.

The Holguin player Segui tossed in three Caribbean Series with the Leones del Caracas (1973, 1978 and 1980). In his first series he went scoreless in 9 innings and two thirds of action, and his K / 9 was 15.82 imposing a record that remains for these tournaments. That same year he struck 15 Puerto Ricans, champions, which is the second best in Caribbean Series.

In the three series he had 35 strikeouts in 28 and two thirds for excellent K / 9 of 10.99. He won four games and his ERA was an excellent 1.88. Unquestionably, he is an immortal in Caribbean Series

This hurler had a long career in the majors. For 15 seasons at the highest level of the ball he compiled 92-111 with 1298 strikeouts (his K / 9 was 6.8), a good 3.81 ERA, and saved 71 games as a reliever. In 1969 with the Kansas City Athletics he was the leader in ERA in the American League with 2.56. He participated in the 1975 World Series with the Boston Red Sox that lost to the Cincinnati Reds. He also participated in seven seasons in the minor leagues with 55 wins and 48 losses. However, he was not a prophet in his land because in two campaigns of Cuban professional baseball only won one game and lost five times despite the magnificent ERA of 2.45 .

He pitched fifteen seasons in the Venezuelan League with good balance of 95-58 and 2.77 ERA. It is the second winningest pitcher for life in this league besides being the first in strikeouts with 919, and first also in historical effectiveness. It was the first Cuban to be inducted into the Venezuelan Hall of Fame on July 3, 2003. He also toss  in two seasons in the Nicaraguan league (1958-1959 and 1961-1962) and one in Puerto Rico, with Cangrejeros de Santurce, between 1963 and 1964.

In the Mexican League he pitched for nine years and had the third perfect game in the history of this event, on June 21, 1978, working with the Cafeteros de Córdoba against Laredo. In that baseball he had 95-61 with 2.91 ERA, and over a thousand strikeouts in the last years of his career.

A true globetrotter of baseball Diego Segui is privileged to be present in two Baseball Halls of Fame. Will Cubans get to know his history?

Puerto Ricans to travel to Cuba

MLB-Cuba: the courtship goes on

MLB-Cuba: the courtship goes on

Minnie Minoso is and will always be "Mr. White Sox"

Charms of the still water