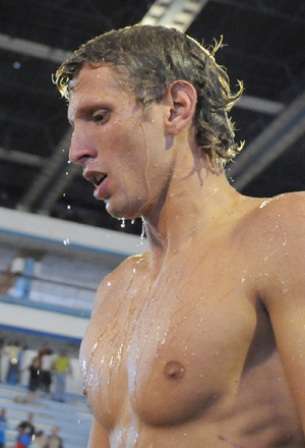 Hanser Garcia advanced to the semifinals of the 100m freestyle at the World swimming championships (short course) underway in Istanbul, Turkey. The Cuban was fourth in his heat with a time of 47.84 seconds, enough for a 12th place among the 16 men who were qualified to the next stage.

In his heat, Garcia was defeated by the Russian Evgeny Lagunov (47.37), the American Matthew Grevers (47.51) and China’s Lu Zhiwu (47.80). The Russian representative led the general ranking.

As reported in the official website of the event, the semifinals are scheduled for the evening programme, with agreed start at 19:28 hours in Istanbul. Hanser, has been placed in the first heat and will swim down the lane number seven which will have among his rivals Italian Luca Dotto (second best record in the preliminary) and Russian Vladimir Morozov (50m freestyle champion and ranking fourth in the 100m).

New tones for the beneficial ownership of ground

Let’s go to the party with Septeto Santiaguero