The Classic will take Character, Discipline and Focus 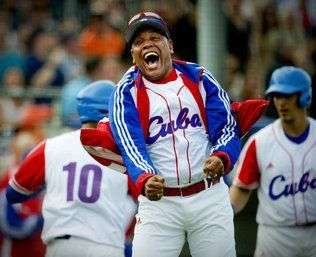 There are only three months for the 3 rd WBC and Cuban baseball team will try to beat forecasts against teams belonging to the highest level of baseball, however to achieve their goal they will have to combine several transcendental factors.

"We have to face a great challenge. We need to work hard to reach the level of the best teams in the world, but mostly we should show character at crucial moments, "said Roger Machado, manager of the Tigers of Ciego de Avila (Cuban current champions) and member of the technical staff of the national squad.

Machado, an ex catcher from Ciego de Avila province and also runner-up in the First WBC in 2006 in that titanic performance of Cuba, said to face this looming tournament "everyone should be clear about his role in order to put his bits, the team performance depends on everyone, not in only one, and we should be consistent with that, that will be one of the keys to success.”

"We must also apply a better use of the technical-tactical discipline, it will be essential to keep track what we are doing in a match so we can reduce differences, because it is no a secret that Japanese excel us in several important aspects of the game," said Machado.

According to the Cuban coach other key factors, will be "the improvement in the control of pitchers, we also must improve the bunt, this in my opinion is very important because we expect close games, and finally the character of our players, that is essential, decisive, you can´t compete without character, sometimes courage is worth more than talent, even if it seems shocking."

To Lázaro Vargas, coach of Industriales, however, the keys for Cuba to win the 3rd WBC are in the psychological aspects, because he thinks "Cubans are stars capable of playing on equal terms against any of the top teams in the world, as they recently demonstrated in Japan, despite losing both games."

"I think our main problem, beyond the talent or other external agents, is in the players´ heads, it´s psychological, if they trust on their potential then they could be able of doing anything in the Classic, because they have the talent, Cuban team is full of it, " added Vargas, double Olympic champion, after winning the title in Barcelona 1992 and Atlanta, 1996.

The former third baseman of Industriales and Cuba also told that "the concentration is vital because most of our regular players have good mix of youth with experience. They have already participated in several national and international tournaments; I think it all depends on the concentration they manage to have in the decisive moments. "

Cuba will debut on March 3, 2013 against Brazil in the 3rd World Baseball Classic, in Group A, based on the Fukuoka Dome, Japan. The runners-up of the first edition of these contests will face China a day after, and on March 6 we will have to fight against the powerful local team, winner of the first two editions of this tournament.

"The Classic is an outstanding tournament, I do not care about the position I´m going to be used in, I just want to be protagonist, anywhere, although I prefer to be center fielder and leadoff hitter, this way I play with less concern," said the international Rusney Castillo, leader of the batters in the Panama 2011World Cup.

Considering historical hierarchical aspects, Japan and Cuba are the favorites of that pool to advance to the second round of the tournament, which will also be held in the country of the Rising Sun.

More than half a century on stage