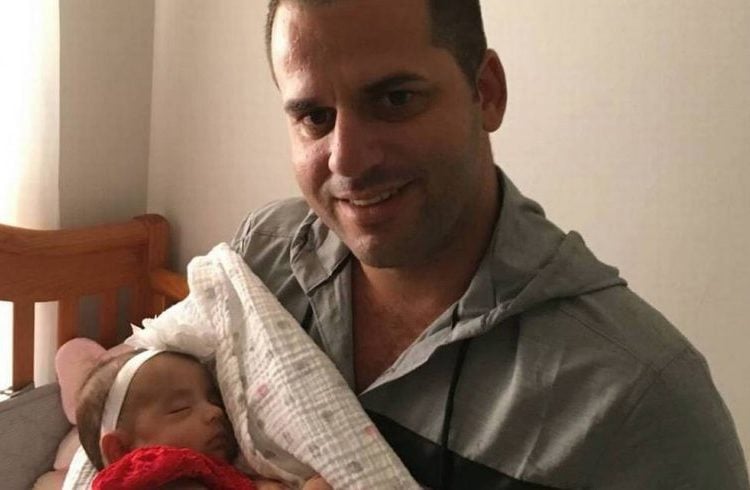 The case of Valeria finally was decided in favor of Yoelvis Gattorno, her father, who won the battle for the custody of the newborn in Miami, whose mother was Cuban and died in childbirth.

A paternity test confirmed Yoelvis as the father and judge Migna Sánchez Llorens, of the Miami-Dade family court, awarded him the custody of the minor, El Nuevo Herald reported.

But the ruling includes a condition that will delay the minor’s travel to the island, at least for the time being, because of her state of health. The premature birth of Valeria has caused complications and the judge ruled that she cannot leave the state of Florida until she is discharged by the doctors.

The mother, Yarisleidi Rodríguez, arrived in the south of Florida last October 6 during the last months of her pregnancy with the aim of giving birth to her baby in the United States, but she died during childbirth in Miami’s Jackson Memorial Hospital.

The young Cuban woman never gave the hospital the name of the father, which is why, according to the medical center’s administration, it had to accept her cousin, Nairobis Pacheco, as the person responsible for the temporary guardianship of the baby girl, according to a document collected by the Univision 23 channel.

According to El Nuevo Herald, Gattorno explained to the Caracol 1260 radio station that the reason why his name doesn’t appear in any hospital document is because his wife registered as a single mother so the childbirth would cost less.

“What that baby has is her father, and that’s me, who am here and willing to give everything to be with that baby…. She (Pacheco) is forbidding me to have my daughter,” he said in a videoconference with Univision 23.

The cousin, who requested the custody of the child after the death of the mother, presented a lawsuit against the Jackson Memorial Hospital for bad praxis.

“The only motivation I had to ask for the temporary custody of the baby was to avoid that she be transferred to a shelter. I have never wanted to take her away from her father, but rather honor the memory of my first cousin, who left me in charge of the baby before she died,” said Pacheco some time ago.

The case brings to mind, because of some similarities, that of the rafter boy Elián González, who survived the shipwreck of a vessel full of illegal emigrants in which his mother, Elizabeth Brotons, died, as well as another 10 persons when they were trying to reach the coasts of Florida.

Billboard: From the island to the world