Billboard: From the island to the world

Cuban and Cuban-American artists and creators will perform for American people from next Tuesday in USA. The Cuban Art Festival will have more than 50 events including music, dance, theater, cinema and more. The space will be the Kennedy Center in Washington DC and will become a great party, for sure!

That’s only our beginning. In Music, there will be a huge concert sponsored by BandEra Studio and we recommend it specially. In Visual Arts, you’ll find surprises. In Cinema we have different options here and there. And last, but not least, Comedy, because it heals everything.

Cuba in the Kennedy Center

For two weeks the John F. Kennedy Center for the Performing Arts will present “Cuban Arts: From the Island to the World”, a festival celebrating the artistic Cuban richness. This unprecedented party will show the quality of Cuban and Cuban-American artists. It will take place from May 8th until 20th in Washington DC.

The event will present more than 50 performance including music, dance, theater, cinema, fashion, design and more. It will also extend beyond the stages of the performing center with free exhibitions in the halls and terraces, and 12 performances streaming online, also for free.

If you’d like to schedule your visit do it now! Check the full program here. 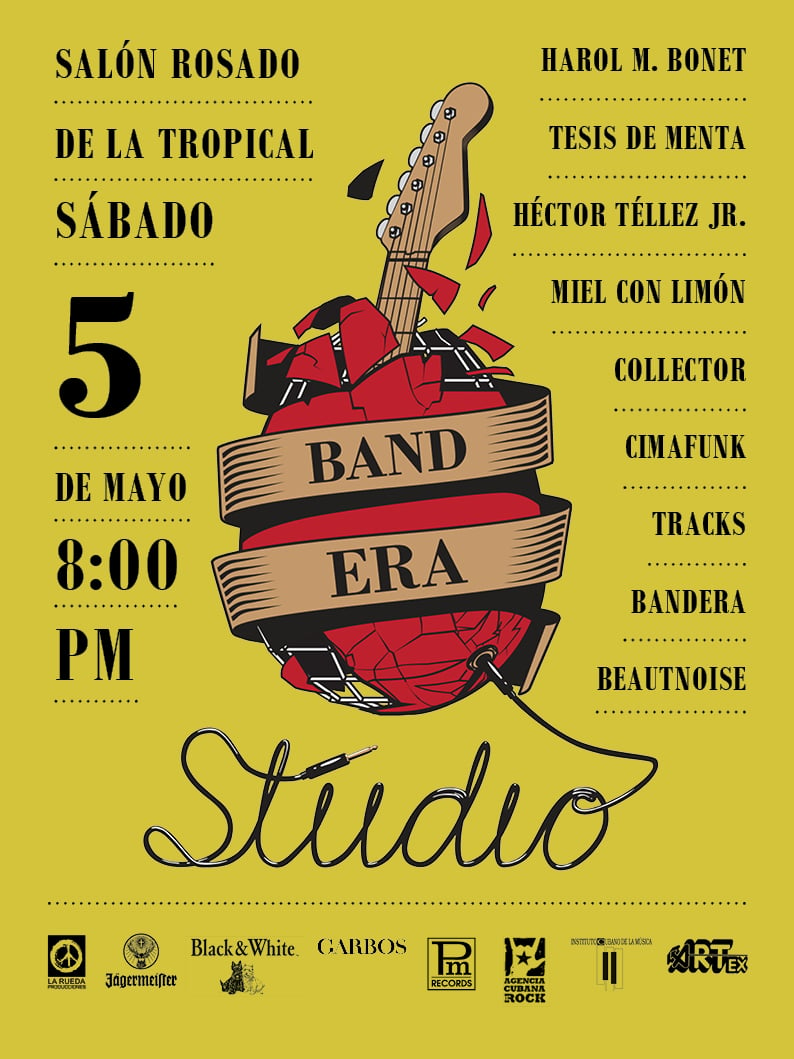 Ivette Cepeda and her group Refelexion this Sunday, at 5 pm, in Pabellon Cuba, to closure Art Fair for Mom. 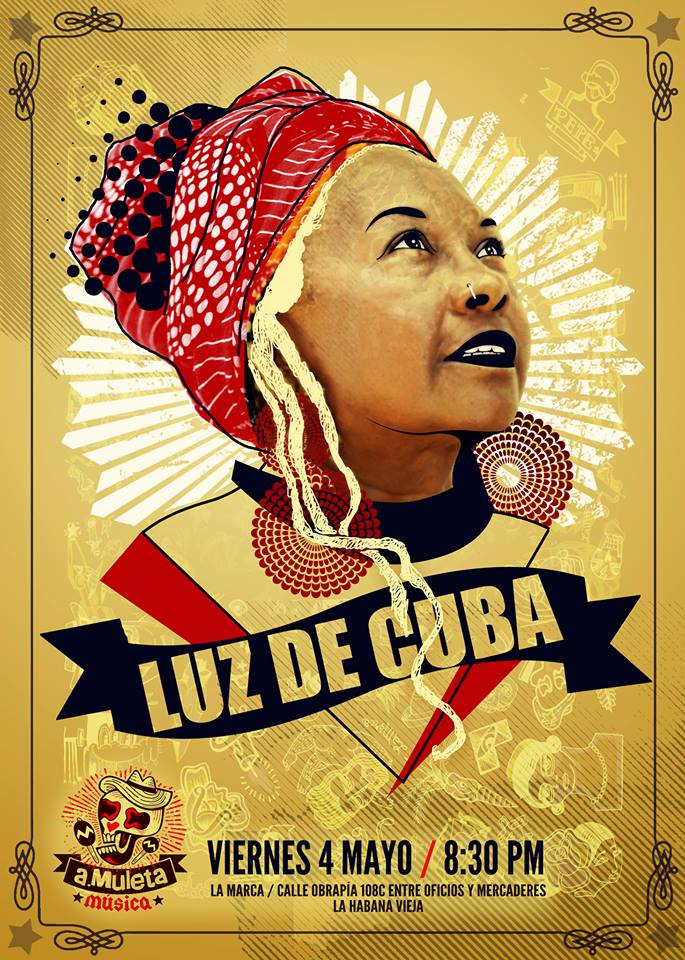 Today, at 11pm, Tony Avila and his group in concert in Cultural Center Bertolt Bretch. 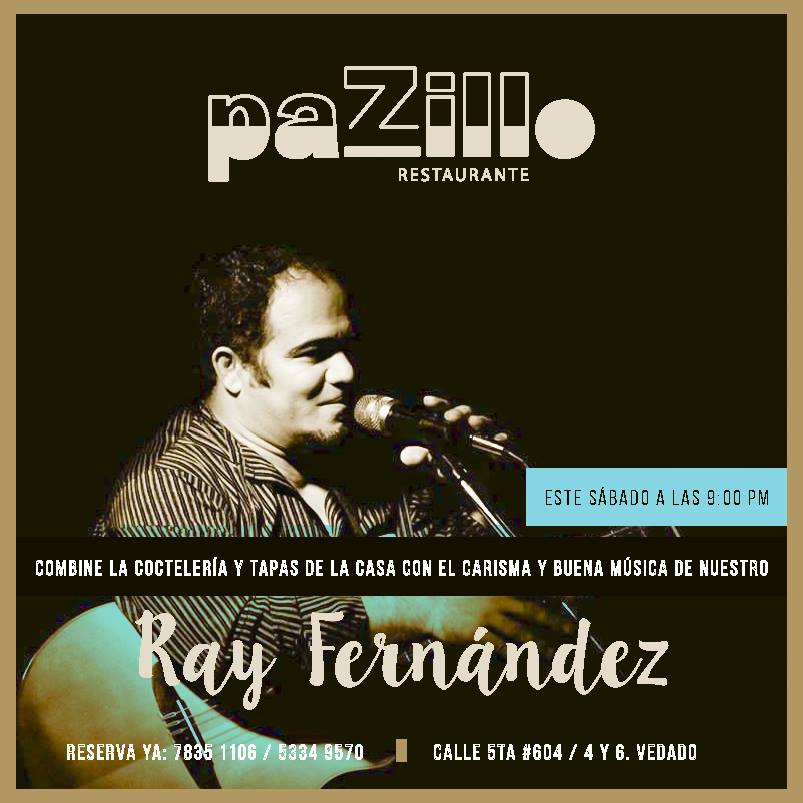 El Chacal and Baby Lores again in a concert after 10 years without working together. They will sing classic Clan 537 tracks and their new hits as solo artists. Tomorrow, 10 pm, in Riviera Live (Coral Way, Miami 33145). 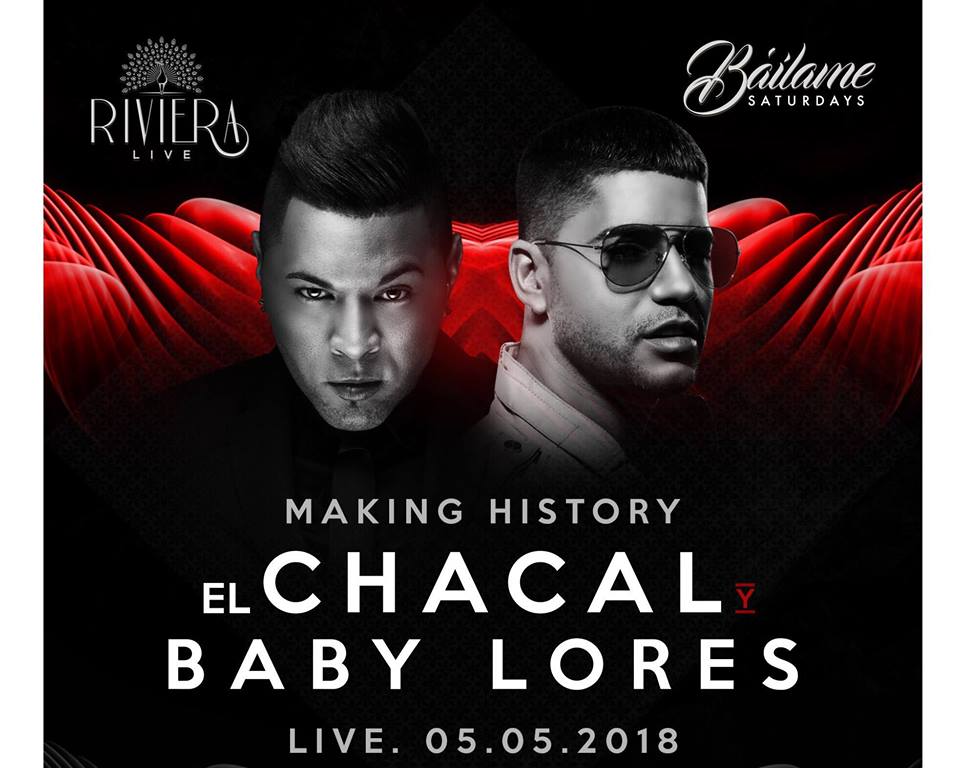 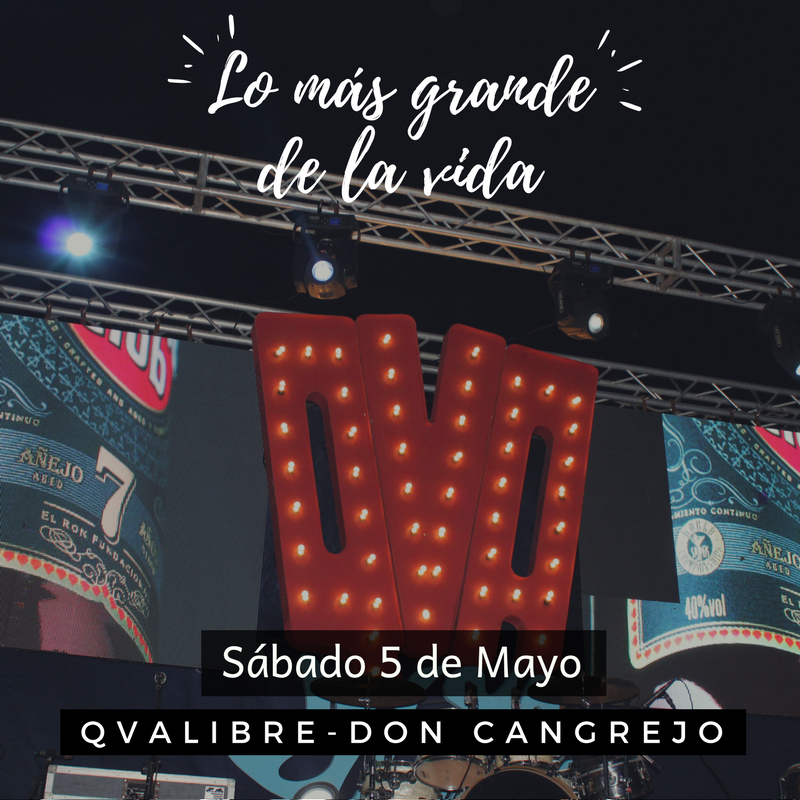 Tomorrow, at 6 pm, in La Marca, Amigo Skate Cuba will be celebrating its eighth anniversary with a proposal of Photograph, Art, Fashion and Music. That day will also be in exhibition pieces by Sugar Skull Project, an art project where Cuban and American tattoo artists, designers and skaters intervened broken skaters to give a new life to the unused. 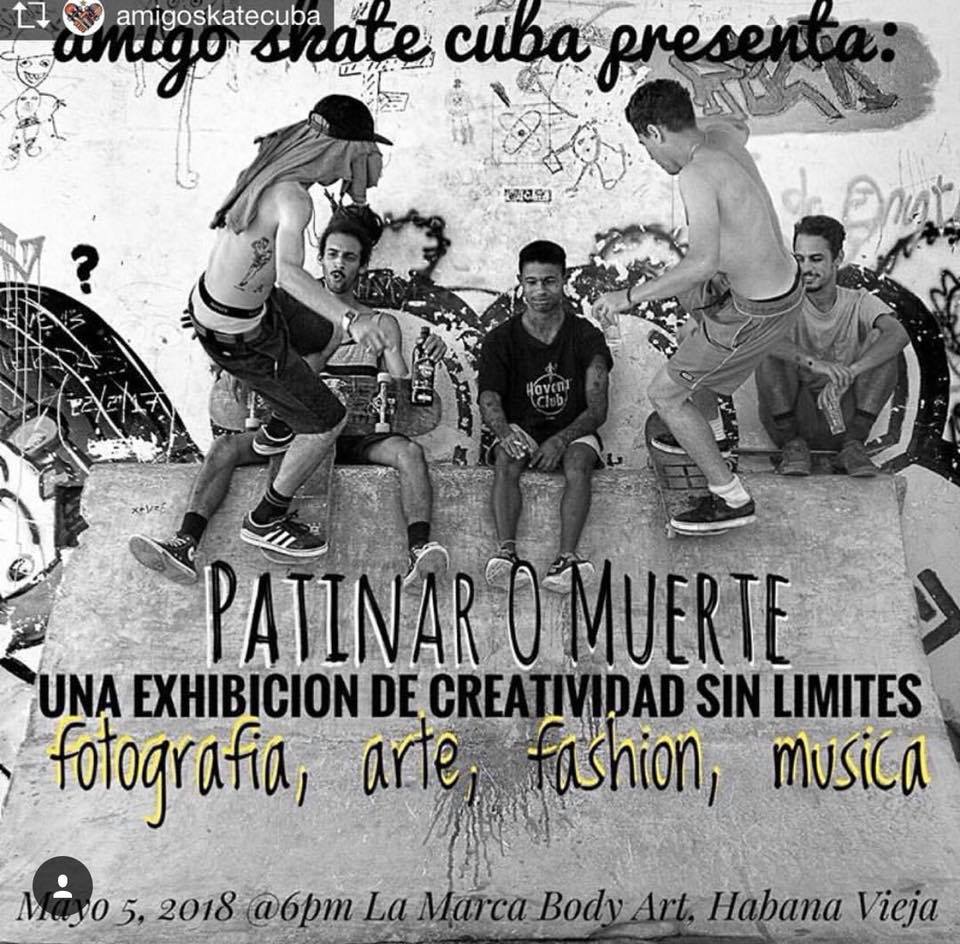 Also in La Marca gallery will be in exhibition pictures and videos about the adventures of Amigo Skate Cuba. This international movement with members from Cuba, Canada, USA, Colombia, Mexico and France has provided donations during 8 years with music instrument, art tools, and extreme sport materials. Music for the event will be New World. 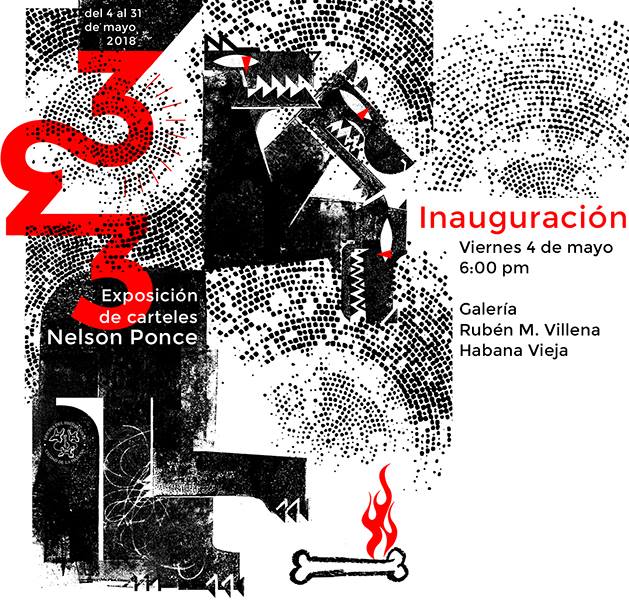 Expo with pieces by Servando Cabrera Moreno in the Hispanoamerican Culture Center (Malecon 17 btw Prado and Capdevila, Old Havana). Opening next Thursday, May 10th, as part of the 11th Cuban Day against Homophobia and Transphobia.

This is the title of Adonis Ferro next personal expo in Contemporary Art Center Wilfredo Lam. Opening will be next Thursday 10th, at 8 pm, with the curators Dannys Montes de Oca and Jose Mauel Noceda.

Personal expo Yo, by Pavel Mendez Hernandez, will be inaugurated next Wednesday 9th, at 8 pm, in the gallery of the Faculty of Visual Arts in University of Arts (ISA).

Love me as I am 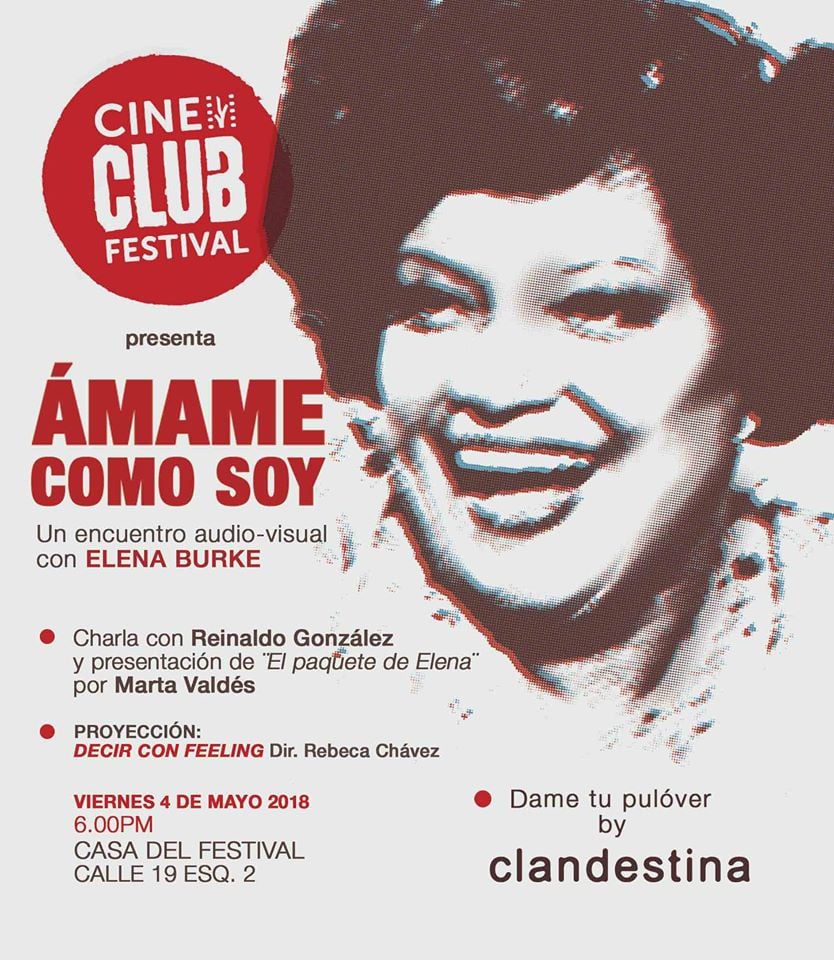 Retrospective of the American writer, journalist and documentary director Saul Landau. Presentation of the documentary Paul Jacobs y la cuadrilla nuclear, today, at 6 pm, in Cine 23 y 12. That will be the inauguration of this cycle with Landau’s daughters presence. 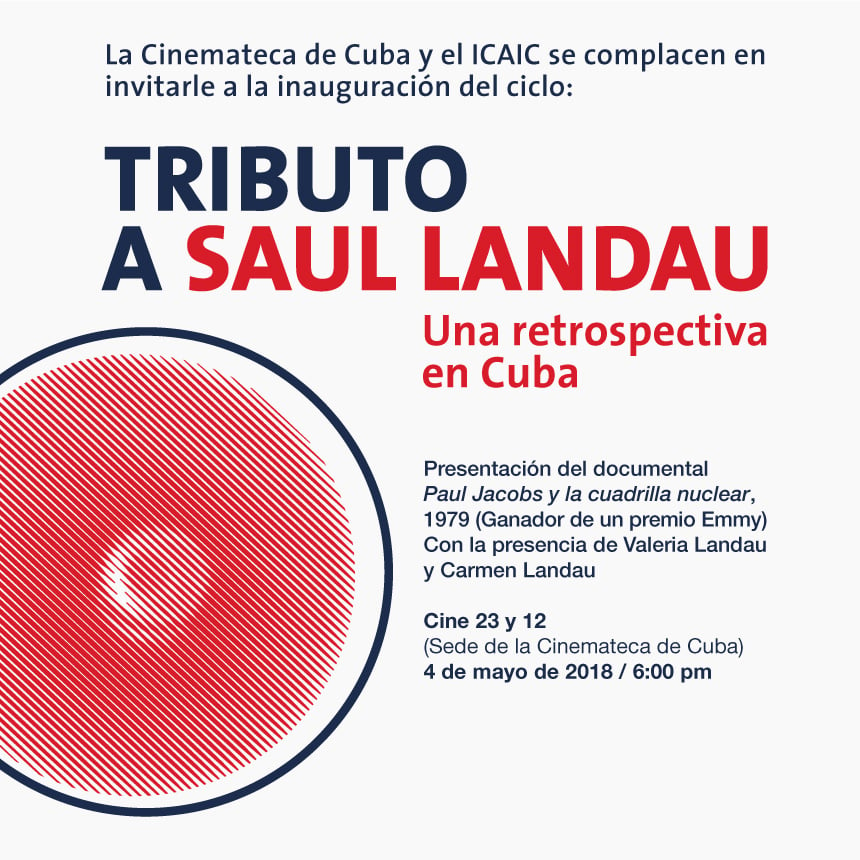 This weekend and the next one have a blast with the show ¿A santo de que?, in Karl Marx Theater. Directed by Ricardo Isidron, and the performances by Jorge Diaz, El Primo, Claro, EL Colorao, Riquimbili and Mariconchi. As special guest singer Yenisei del Castillo. Fridays and Saturdays at 9 pm, and Sundays at 5 pm.

The Victory I arrives in Havana