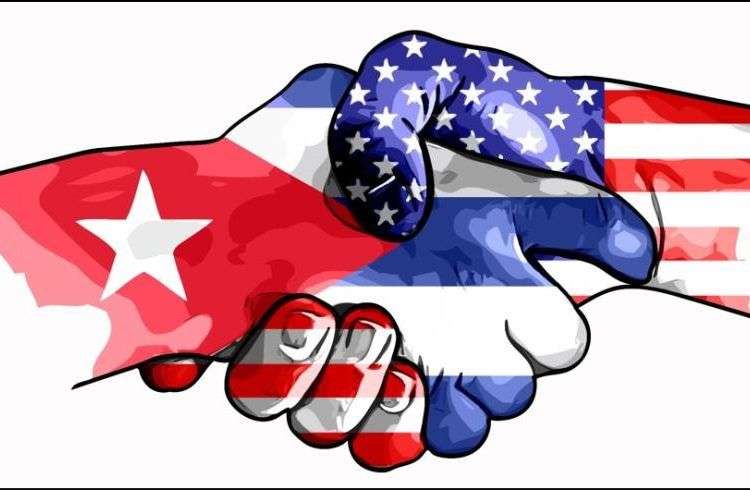 One day shy of a month from December 17, 2014 (17D), the Departments of Treasury and Commerce of the United States issued new regulations that apply to a set of mutual economic activities in several areas: travel, remittances, finance, telecommunications, trade and transport. This step also came a week before the start of talks for the restoration of diplomatic relations between the two countries to be held in Havana on January 21 and 22.

Again, many observers were surprised by the speed and extent of measures taken, made public on January 16 to take effect the next day. With this, the US side unilaterally complied with the decision of President Obama about “taking steps to increase travel, trade and the flow of information to and from Cuba.” The new regulations affect limitedly some sanctions that are integral of the US blockade against Cuba and allow activities that have been banned for over 50 years.

To understand the dimension of these initiatives it is worth remembering some key milestones in the history of the economic, commercial and financial sanctions that Washington imposed on the Cuban people since 1962, with the aim of producing “hunger, desperation and overthrow of government “. [1] As is well known, the international community considers them extraterritorial, illegal and unilateral and President Obama himself has acknowledged its failure on more than one occasion. The Cuban people, with strength and passion for their freedom and independence, have managed to prevail in this long struggle that has had different swings.

The US blockade against Cuba was total between 1962 and 1975. On the latter date, under increasing external pressure, the United States eased sanctions and allowed to trade with Cuba to subsidiaries of US companies in third countries. The Torricelli Act in 1992, which tightened the blockade in one of the worst moments of the Special Period, this relaxation was reversed. In 1977, President Carter authorized travel to US citizens to Cuba, which also was reversed soon after under the administration of Ronald Reagan. In 1993-2000, President Clinton eased the US travel to Cuba, and it was reversed by President George W. Bush in 2003. However, Clinton himself signed in 1996 the Helms Burton Act. Both this and the Torricelli Act have been codified sanctions and have become laws that can only be modified by Congress.

The new regulations implemented now by the US administration are broader and deeper than any preceding one and obey to a policy of correcting the historical error of the blockade. The President has also clearly stated that opposes the so-called embargo and urged Congress to work with his government in terms of its total lifting. This has been accompanied by a bold and unprecedented step, the restoration of diplomatic relations which is recognizing the legitimacy of the Cuban government, which Washington has refused from the rupture of diplomatic relations on January 6, 1961. Finally all these measures have been accompanied by the promise that Cuba will be removed from the list of States that sponsor terrorism, which also involves the removal of certain financial sanctions that have been very damaging. 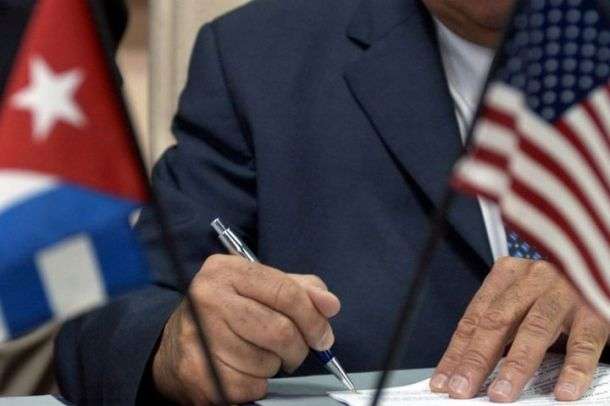 Not being an economist or expert in these matters and from the perspective of a common Cuban citizen who has suffered from American politics, I dare to advance practical considerations about some of the aspects that this new policy reverses and / or transformed.

Although there is no consensus among specialists on the amount of remittances sent from the US to Cuba, there is agreement that they have played a significant role in addressing the deficits of Cuban families from the crisis caused by the loss of socialist market in the early 1990s more recently, there are concomitant in which a substantial part of the activation of the non-state sector, which has become an important component of the Cuban economic model, has been facilitated by investments that have used funds from this source.

The new regulations increase the amount that you can send to Cuba legally from $ 500 to $ 2,000 quarterly. While admitting that many of remittances to Cuba arrive by irregular means and beyond the control and supervision of both governments, Manuel Orozco, one of the most renowned experts on the subject, estimates that this may mean additional revenue of $ 370 million this year. This amount will be a significant additional contribution to the process of updating the Cuban economic model, whether the recipients use it for new investments or for consumption or saving.

Meanwhile, the field of travel is one of the most visible of the new regulations. At the same time, it has always been the most vulnerable of all sanctions because affects not only one of the most important Cuban industries, one of the pillars of development since the 1990s, tourism, but it means a clear violation of the constitutional rights of all citizens of the United States.

In addition, the ban on travel to Cuba that contrasts with the absolute freedom to do it for Cuban Americans. Without being an absolute release of tourism, relaxations taken by the new regulations also mean a significant income for the Cuban economy, both for state business sector (tour companies, hotels, some restaurants) and for the non-state (paladares, artisans, transportation cooperatives).

There is no doubt that here too an increase in revenues in freely convertible currency for multiple sectors of the national economy will occur. [2] 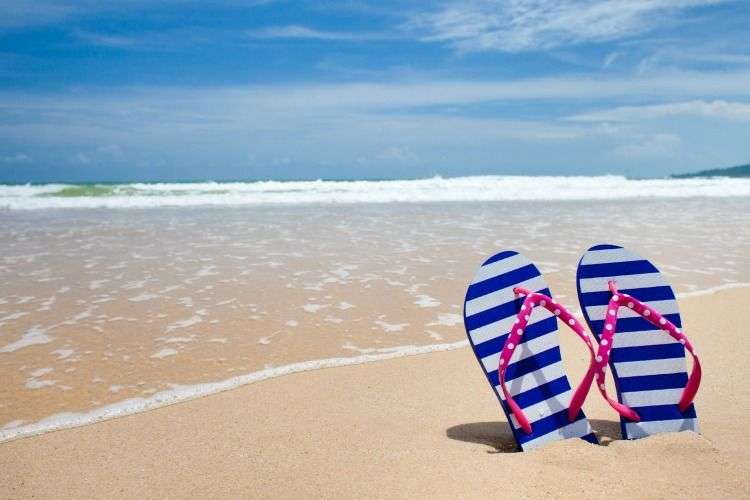 Although many of the measures announced were surrounded by a discourse that, to many of us, seems subversive, it is necessary to focus all with a better understanding of the United States and certain that this challenge may also be faced by our society.

Many Cuban and foreign colleagues, in solidarity with the struggle of our people and registered with progressive leftist groups, tend to see these measures as a simple change of methods and interpret them as a smart move by Washington to achieve the same objective by other means. This appreciation has sufficient factual basis, may be based on a mentality of “besieged plaza” that it would be appropriate to review, revise and abandon. It also notes that the blockade remains in the Torricelli and Helms Burton laws and regulations of the Office of Cuban Assets Control of the Treasury Department.

This hypothesis has several foundations that perhaps should be questioned, offering alternative interpretations.

A first element is that it doesn’t explain the virulent reaction of the staunchest enemies of the Cuban Revolution against Obama’s measures. It is not just about Marco Rubio and the other Senators and Congressmen Cuban Americans. I am referring, for example, an article of that inveterate ideologue of the counterrevolution, Carlos Alberto Montaner, published in El País on January 15, entitled The five errors of Obama in his new policy on Cuba. For this man, the worst thing that has made the US president is betraying the so-called dissidents: “Obama has unconsciously contributed to weaken the opposition.”

The other element to consider which is not always appreciated in perspective is the repeated idea that the US imperialist state is a “single rational actor” able to develop strategies without contradictions or errors. For many of those who hold this idea Obama has not changed anything, or strategy or tactics. It is a realignment that has taken place without major problems. I beg to differ with that assessment.

There are in the US at least four different perspectives on policy towards Cuba: supporters of regime change by coercive measures (the blockade as center); supporters of regime change for subversive measures (so that they work they must lift the blockade); supporters to advance US interests with any government that exists in Cuba, in the hope that at the end Cuba evolve into something akin to a supposed “democratic capitalism”; Cuban project supporters who advocate a policy of broad cooperation. So 17D politics was dominated by the first group (even if it is minor). 17D gained ground after the other three groups, prevailing the second and third. The problem here is that given the dominant political culture in the United States and the weight of history, supporters of the third option always justify the discourse of the second. That’s what happened.

But this policy is not set in stone. In fact many measures, justified in terms of “advance American values” function exactly backwards and men as intelligent as Barack Obama or John Kerry know it. The US citizens’ travels to Cuba are an example. They defend with the slogan that “the best ambassadors of American model are American citizens themselves” but deep down we know that it usually changes every time an American visit us is exactly the opposite: to see Cuba in a different way.

The truth is that the new regulations of the Department of Treasury and Commerce, unable to lift the blockade, favor a high percentage targets it has set the Cuban government approved at the last Party Congress to ease considerably Guidelines financial and economic pressure that US sanctions have on Cuban society. Moreover, we should consider that perhaps what is best for the interests of Cuba is a gradual lifting of the blockade, the first step is these new regulations, it allows us to adapt to a new and unprecedented situation.

This work, long and of itself, does not exhaust the subject. This week we begin the long journey towards normalization of relations between Cuba and the United States can never end. If it is true the old Chinese proverb that every long journey begins with one small step, one can say that in this case there has been a significant and important step that facilitates the restoration of diplomatic relations.

For now let me finish with a quote from Fidel Castro in April 1959 in Washington, when he traveled to that capital to launch what was then called “Operation Truth”:

“When some people ask me how, if we do not come from money, the United States can help, I tell them: first, with a fair deal and, secondly, with a fair understanding of the things we need. If tourists go to Cuba, if businessmen want to go to Cuba, we provide guarantees and good benefits. But if campaigns are launched against us, the tourists will stop going to Cuba. “[3]

[2] On this issue, I recommend the excellent article by Professor Antonio Díaz Medina, from the Tourism Faculty of the Havana University, recently published in the Catalejo blog of the Temas magazine: Will more Americans come to Cuba? An analysis on the reach of the recent measures

[3] C.S.M., Resumen de un Viaje (Textos Taquigráficos de los Discursos que Figuran Insertos), La Habana: Editorial Lex, 1960, pages 54-55. This book collects all statements by Fidel Castro during his trip to the United States in April 1959. Only the acronym CSM appears as the name of the editor. It is licit to guess they refer to Celia Sánchez Manduley

Obama calls on Congress to end the embargo on Cuba