The GoFundMe platform has frozen the money raised by the Cuban-American teacher for the tornado victims. 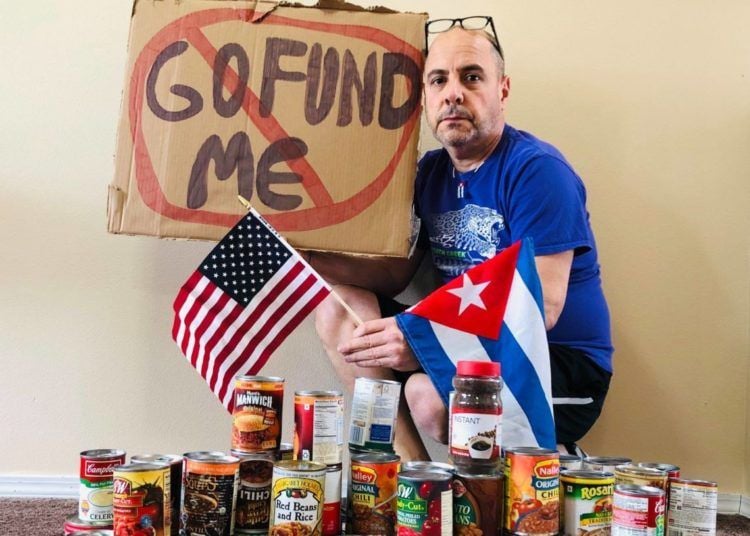 The funds raised by the Cuban-American professor Carlos Lazo and his Seattle students for the victims of the tornado in Havana have been frozen by the U.S. platform GoFundMe since last January 30.

Lazo made public on his Facebook page that for days he has had difficulties accessing the 3,775 dollars donated so far in the campaign he organized through this donation service.

GoFundMe and other similar fundraising services, such as Facebook, require additional information about the destination and use of the money collected for countries sanctioned by the Office of Foreign Assets Control (OFAC) of the U.S. Department of the Treasury.

“We thought that GoFundMe would be a good way to mobilize students, friends, parents and community to channel our humanitarian efforts. Instead, their organization (on purpose, or by negligence) has almost interrupted our efforts,” said Lazo.

Lazo explained to OnCuba that the money collected would go directly to the victims affected by the recent tornado in Havana, where he will be going with a group of his students on February 14 as part of an educational trip and cultural exchange.

“Since we started our campaign, I have answered many of the letters from GoFundMe, where they requested more information about our effort,” Lazo said, adding that he gave them every detail they asked for, which at that time allowed them to continue with the campaign.

However, when the funds started being paid out, the subsidiary WePay (which works with GoFundMe) suspended the deposit, says Lazo, and they asked them for more information about what type of products they would buy and who would be the beneficiaries of the funds and donations.

Lazo sent the information and a list with the names of the people to whom the donations would go. But it did not work.

After that, there were a series of discrepancies between GoFundMe and WePay that continually approved and suspended the funds, in search of more information.

“After almost two weeks since we started this campaign (and after the five days that GoFundMe suspended payments) we still wonder if we will ever receive the funds that people contribute with so much effort and love,” said Lazo.

“It’s really ridiculous, but also inhuman, that you (GoFundMe) are still deciding whether it’s appropriate for a group of American citizens to buy cans of tuna and diapers, or send or give some money to people affected by the tornado (especially when buying diapers and tuna and sending some of those funds is perfectly legal under U.S. law),” said Lazo, directly addressing GoFundMe.

It also calls for a series of requirements to be able to deliver the money, such as checking the identity of the person organizing it and his/her residence in one of the countries allowed.

For the countries that are not allowed, they point out the following:

“We invite you to raise funds for almost anyone in any country. However, if you are in a country where we do not operate yet, then you will be personally responsible for delivering funds outside of GoFundMe. It is important that you define a transparent withdrawal plan in your story.

“Along with that, GoFundMe complies with all U.S. laws, including those established by the Office of Foreign Assets Control, U.S. Department of the Treasury (OFAC). This means that in some rare cases, the sanctions of the United States will forbid us from supporting a campaign for specific countries.

“If this affects your campaign, you can request a license from the OFAC here. Once this is done, our team will help you with the review of your account.”

Lazo, who has been traveling to Cuba for several years and collaborating in diverse educational and cultural projects, argues that OFAC’s general regulations do not prohibit sending money to Cuba or buying food to donate, so he would not need to show GoFundMe a special license.

In January 2011, President Obama took further steps to ease restrictions on travel and remittances to Cuba by granting new general permits for travel with educational and religious activities and to restore a specific permit to authorize travel for people-to-people exchanges, something that was reaffirmed in 2016, shortly before his leaving the presidency.

The administration also restored a general permit for anyone from the United States to send remittances to Cuban citizens, which during the Trump administration has been maintained.

The most recent OFAC regulations insist on the prohibition of direct transactions with government companies but do not regulate humanitarian aid to Cuban citizens.

Lazo confirmed to OnCuba that he contacted the advisers of Congresswoman Suzan DelBene, his representative in Washington, to try to politically press against an act that he considers “ridiculous.”

In his post on Facebook, Lazo said he wants to leave behind this chapter with GoFundMe “that started as a dream and has turned into a nightmare.”

“In the future, I will make sure that my friends and my community think twice before trusting GoFundMe. But do not be fooled, in spite of all that negligence, carelessness and obstruction, we will help those Cuban families,” he added.

“The support that so many good people gave to this campaign shows that, in times of terrible disasters, we are all Cuba,” concluded Lazo.