There was no human damage. The attacker was detained at the scene and is in custody. 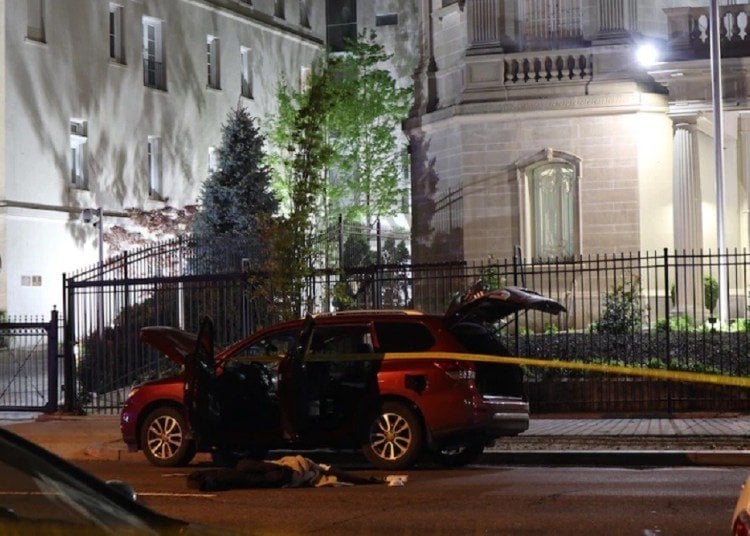 A stranger shot several times with a firearm at the Cuban Embassy building in the United States, as reported by the island’s Ministry of Foreign Affairs (MINREX) in a note issued this morning.

Although the mission’s personnel were unharmed and are safe and protected, the impact of the shots left visible damage to the building. The motive for the events is unknown.

The shooting occurred around two in the morning and several neighbors reported that they had been awakened by the barrage of gunshots and screams, according to The Washington Post.

This newspaper also reported that the brown Nissan Pathfinder parked directly outside the embassy was subjected to intense police scrutiny and that on the ground, next to the driver’s side door, there was a black jacket and what appeared to be a blanket.

So far the identity of the attacker is unknown, but he was detained at the scene and is in the custody of local authorities.

Agents had found the suspect with an assault rifle. The man, whose name was not released, was detained on charges of possession of an unregistered firearm and ammunition, attack with the intent to kill and possession of a high-capacity magazine, a Secret Service spokeswoman said.

“The Cuban government is waiting for the corresponding investigation by the U.S. authorities on the identity and motivations of the author of this aggression, as well as on the circumstances surrounding the action,” says the MINREX note.

The State Department is aware of what happened.

Aggression with fire arm against the Embassy of #Cuba in the U.S.

Cuba is waiting for the investigation by U.S. authorities on the identity and motives of the individual who carried out this aggression and the circumstances surrounding the event.

The Cuban diplomatic mission, located in the city of Washington D.C., has a protection and security system to face any threat against personnel and facilities.

“It is an obligation of the States to adopt all the appropriate measures to protect the premises of an accredited diplomatic mission in their country against any intrusion or damage and to avoid that the tranquility of the mission is disturbed or its dignity violated,” the MINREX text concludes.