by Marita Pérez Díaz
in Cuba-USA
0 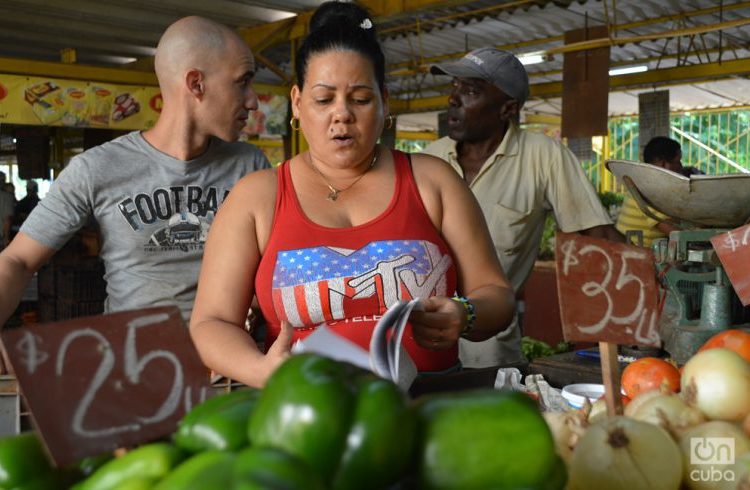 Cuban President Miguel Díaz Canel would be interested in meeting with U.S. agriculture representatives late this month, according to a press release issued by the  bipartisan U.S. Agriculture Coalition for Cuba (USACC).

The meeting could take place later this month while Díaz-Canel is visiting the U.S. to participate in the United Nations General Assembly.

Paul D. Johnson, president of USACC, mentioned in the press release that “This meeting provides an opportunity to meet Cuba’s new president and also demonstrates the importance agriculture holds in advancing trade relations.”

“The Trump Administration has continued dialogue with Cuba including USDA’s meetings with Cuba’s agriculture ministry. Any action on Cuba sanctions would have to re-start a policy process that many in the Administration prefer to keep in the rear view mirror,” he said.

He added that in the near term they expect the Trump Administration to perhaps make a political statement about Cuba in the context of GOP campaigns in Florida this fall.

“For our purposes…it is as important as ever to speak up to protect agriculture’s place in the Cuba policy and to remind the Administration that Cuba is an opportunity for expanded U.S. exports,” he said.

The USACC also sponsors the U.S.-Cuba Agriculture Conference that will take place in Havana next November 8-10. Several top-level U.S. representatives are expected to attend, like Senator Moran and Congressman Crawford, among others, as well as Cuban ministers, cooperative members and farmers.

An amendment would save 690 million dollars

The organization’s other actions include the support of an amendment allowing the unblocking of Market Access Program and Foreign Market Development Program funds for Cuba. If passed it would be the first legislation approved regarding the Cuban market since 2001, according to the USACC press release.

“it is important for us to be consistent in our trade policy,” Johnson said.

Meanwhile, the bipartisan group Engage Cuba sent a statement to the press signed by more than 60 agricultural associations, businesses and politicians who support the amendment in 17 of the country’s states.

The group specifically urges through a letter to the leadership of the U.S. House and Senate Committees on Agriculture to “include a provision in the 2018 farm bill that the Congressional Budget Office determined would save $690 million over 10 years,” the press release explains.

The amendment is an adaptation of the so-called Cuba Agricultural Exports Act and would expand agricultural trade with Cuba by removing restrictions on private financing for U.S. food exports.

The letter also urges lawmakers to preserve a Senate provision that allows farmers to use federal market promotion funds in Cuba.

Currently, U.S. sales of agricultural products to Cuba are limited to cash transactions, causing Cuba to primarily turn to Europe, Latin America and Asia for nearly $2 billion per year in agricultural imports, Engage Cuba pointed out.

Senator Heidi Heitkamp (D-ND) said that the bipartisan amendment “would give the U.S. Department of Agriculture (USDA) the ability to build reliable trade partnerships between U.S. producers and Cuban buyers, strengthening our ag economy and finally removing outdated barriers to selling our products to consumers in a nation that sits just off our coastline. It would also help boost North Dakota’s farmers during a time of serious uncertainty from the administration’s trade policies.”

For several years, U.S. farmers have tried to overcome the embargo obstacles and bring about trade rapprochement with Cuba. In 2015, the U.S. secretary of agriculture visited the island, during the Obama administration, which created opposition from several Florida politicians, including the governor.

To become law, both provisions must be approved by the bicameral conference committee, which convened officially for the first time today Wednesday.

These are the principal undersigned organizations and persons.