by OnCuba Staff
in Foreign investment in Cuba
0 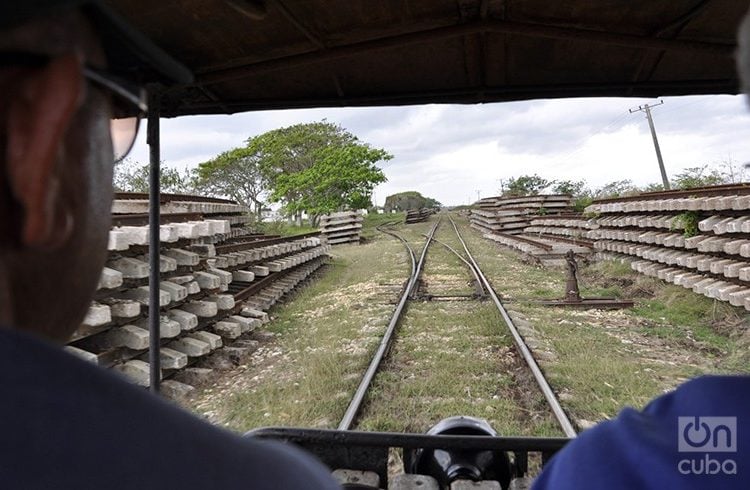 Cuba will open its railroad, until now managed exclusively by the State, to foreign management this month when the new legal regulation published last Wednesday in the Official Gazette, in its extraordinary edition number 42, comes into force.

The new legislations will allow “as a new aspect” the exploitation “in everything and everywhere” of the “railroad lines, installations and running material” in the country by “an individual or legal entity, national or foreign,” Edmundo Ronquillo, advisor to the Ministry of Transportation (MITRANS), indicated.

These updated regulations will come into force in less than 30 days and will authorize private individuals to work as “railroad operator in the modality of self-employed worker for freight and passenger transportation,” Ronquillo explained.

However, the Cuban self-employed will only be allowed to operate transportation means through “third and fourth category” lines, the MITRANS advisor specified.

In general, the regulations include “indispensable elements for their good working order in terms of safety and training” and seek to eliminate “the regulation” that currently governs in relation to railroads, Prensa Latina news agency affirms.

Ronald Boffil, director of the Railroad Transportation Administration, affirmed in a press conference that Decree Law 348 and its complementary regulations are updating the sector’s action and safety protocols, which is “a vital support” for the development program previewed up to the next decade that includes “the modernization of the infrastructure in its entire component and running material.”

Boffil affirmed that, among other issues, the new legal framework seeks to regulate everything referring to auxiliary and related services, as well as the organization of the operators of this transportation system.

The new regulations establish a new classification for the railroads: public service, industrial or private service, as well as three management modalities for their exploitation or operation, which include state orders, the administration concession and approval by permit.

According to the specialists, the document offers “a more wide-ranging vision about the railroad infrastructures,” which comprise the lines and their vicinity, and also the installations, the telecommunications systems and information technologies, the signaling and the railroad operation service.

Moreover, they set at 15 meters the stretch of right of way for the entire island and forbid “the circulation and passage of persons, animals and all types of vehicles along the railroad tracks or throughout its center.”

The persons who use, administer or own a plot of land or another building adjacent to the stretch of right of way are obliged to place and maintain in a good state the perimeter fences that demarcate and prevent the access of persons not related to the railroad or the cattle.

The new provisions also regulate the correct exploitation and circulation of the trains, and establish that these means of transportation “must have be in a good technical state and be obliged to undergo railroad technical revision.”

The National Committee for the Management of Railroad Safety is created, and according to the specialists “it will favor the adoption of corrective and preventative measures capable of minimizing the incidents that can arise in that transportation system.”

“New definitions” are also incorporated regarding railroad accidents which have caused several deaths and dozens of wounded in recent years due to “human indiscipline and neglect.” The limitation of circulation on the railroad tracks that are not “apt for withstanding or allowing traffic” will be established as a safety measure.

The new legal framework implies the training of more than 21,600 workers, affirmed Eduardo Hernández, general director of the Railroad Union.

According to Hernández, the group of regulations forms part of the improvement of the railroad sector in Cuba, to which “new Russian large- and medium-size locomotives already in the country must be added soon.”

Moreover, the modernization of a workshop for the repair of these machines has been planned, in which aggregates like starting engines and compressors will be manufactured.

The railroad was inaugurated in Cuba on November 19, 1837, nine years before its Spanish metropolis, with the startup of a line that communicated Havana with the nearby town of Bejucal.

At present the island has more than 4,000 kilometers of public lines, on which mostly diesel locomotives run, and some 7,000 kilometers dedicated to the transportation of sugar, although a part has been left unused after the dismantling of a great amount of factories last decade.

In order to modernize the railroad, the Cuban government has negotiated several contracts in recent years, among them a multimillion agreement with Russia to purchase the locomotives and another with France’s National Railroad Society.