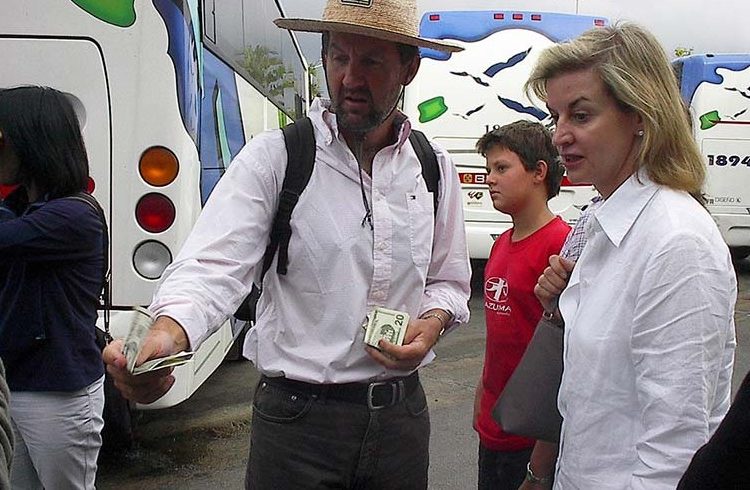 When this post is published, Josefina Vidal and Roberta Jacobson, the two women tasked with re-establishing diplomatic ties between Cuba and the United States, will be at a meeting, the starting point of a long road leading to the normalization of bilateral relations between the two countries.

Those who sit at the negotiations table this week continue to regard each other as “enemies.” Now, they are simply agreeing to a ceasefire and set out to continue the war through political channels. Neither is hiding their intentions, mutual distrust or long-term objectives.

“On December 17, Washington laid its new consensus on Cuba on the table. It’s put on silk gloves, but the death sentence on the island is still effective. This forces David to be more astute than ever when dealing with Goliath.”

The remark above was made by my colleague Rosa Miriam Elizalde, editor of Cubadebate, but it could well have been uttered by any Cuban government official. These days, what we hear out in the “hallways” of politics again and again is that the confrontation will now be much more complex than before.

Is Cuba as ready for co-existence as it was for confrontation? Photo: Raquel Perez Diaz

Obama questions not the justness but the efficiency of the embargo, and explains the new strategy saying that “if we engage, we have the opportunity to influence the course of events at a time when there’s going to be some generational change in that country.”

That a world power should try and define the domestic policies of nearby countries is not at all surprising – what’s curious is that it should announce it publicly. What would happen, for instance, if the White House declared it wanted to influence developments in Mexico or Canada?

In US-Cuba relations, this is not something new. For years, different US administrations have openly declared that they finance the activities of the opposition within the island with a yearly budget of US $20 million.

I imagine that Havana is grateful for this openness, as “forewarned is forearmed.” Despite all this, Cuba may well face future challenges for which it won’t be as prepared as it was in the days of direct confrontation.

Every step Washington takes to dismantle the fence around Cuba will make it harder for Cubans to understand why their government ought to keep the fortress locked up. Now, the US is even offering financial assistance for some sectors of the island’s economy.

The United States could well invade the island’s market, given the inefficiency of Cuban companies. Photo: Raquel Perez Diaz

No few Cubans are asking themselves “why we shouldn’t accept US aid, if we’re no longer enemies,” and dream of having broader Internet access, asking for credit for their businesses or importing building materials.

Refusing such assistance will be very difficult, particularly when Cuba’s telephone company (ETECSA) has made it clear it is incapable of lowering prices or quickly expanding its services. All the while, the government is still at the “assessment stage” with respect to wholesale markets.

In a sense, Washington’s change in policy finds a Havana that has not yet finished its homework (even though Obama hasn’t exactly implemented a 100% efficient strategy, owing to the resistance he is finding in Congress to lift the embargo).

A countdown has started for the Cuban revolution and it survival may depend on how quickly it is able to adapt to the new circumstances. Till now, the US had allowed it to make “slow” progress, but the times are changing.

The “updating” of US strategy may demand greater cleverness from Havana, as Rosa Miriam says, but that alone will not be enough. New social and political consensuses will be needed, and these will be more difficult to secure when the island ceases to be a “besieged fortress.”

“Our most powerful weapon is the unity of the nation” If the blockade is lifted, Cuba will have to look for other mechanisms of internal cohesion. Raquel Perez Diaz

The times of blaming the economic embargo for everything that doesn’t work in Cuba are coming to an end and soon, the Cuban government will have to start giving Caesar what is Caesar’s and to God what is God’s, if it wishes to retain any political credibility.

Faced with such a powerful enemy that has such marked intentions of influencing Cubans, they will also need to improve the press, education and culture to avoid copying their neighbor and destroying the identity that the nation has built in the course of its existence.

It will be difficult to reach that goal with patriotic slogans or little Cuban flags. For a citizen to commit to their culture, they must feel actively involved in the creation of the nation that they belong to.

The vertical and centralized chain-of-command that most people acquiesce to during a war will become indefensible when the “enemy” takes down the fence. Then, national cohesion will only be possible through broad social participation, based on respect and diversity.

“A positive and productive dialogue,” although much remains…

Roberta Jacobson: "We have taken the first step"

Rising Interest in Americans to travel to Cuba