A new generation of voters are appearing on the electoral map and could redesign the landscape of the November presidential elections. 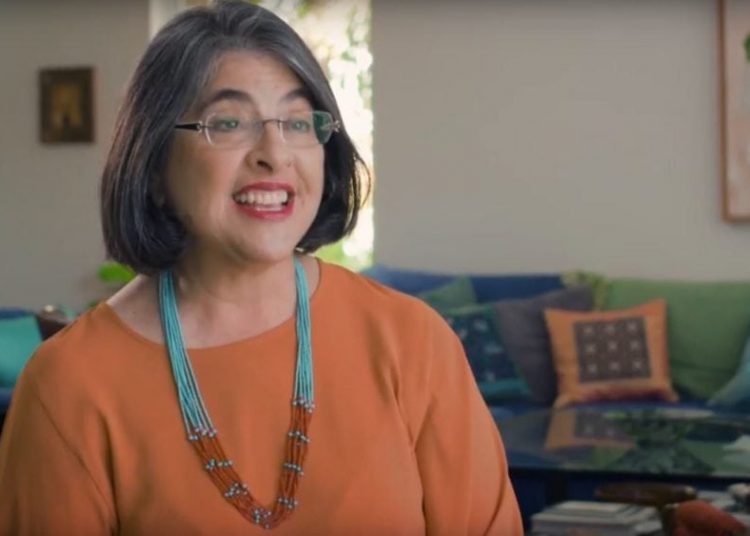 Daniella Levine Cava, a rookie in Miami politics, has a chance to be the first mayor of Miami-Dade County. It would be the return of the Anglos to that position. Photo: CBS.

The last local elections of the second decade of the 21st century in South Florida were expected to be the least attended due to the coronavirus pandemic. Big mistake, but not for the anticipated reason: that people would not go to the polling stations. The voters answered the call, but by mail. For the first time in the records, attendance was 28.23%. More than half exercised their right to vote by mail.

The above showed an unprecedented participation. According to county data, published the day before the elections, 72,797 Republicans would have exercised their right in this way, 121,414 Democrats, 1,631 undecideds and 50,305 without political affiliation.

Many other residents preferred to attend the precincts in advance. This is how 29,184 Republicans, 30,317 Democrats, 316 undecideds and 8,253 voters without political affiliation voted.

“This makes for a very interesting reading. In the November elections, if we continue with the pandemic, voting by mail will have its importance. It is going to be a massive method of voting and it is going to become popular,” analyst Herminio Ramos explained to OnCuba.

In their opinion, this reality tends to be reinforced in a state like Florida, where there are more voters registered as Democrats than Republicans by a ratio of 2 to 1. They tend to reject President Donald Trump’s idea that a vote by mail during a presidential election leads to massive fraud that will remove him from the White House. The mail, estimates the president, is the origin of his defeat by fraud, not the opinion of the electors.

“Both the post offices and the electoral districts have between now and November to reinforce their mechanisms. Even the absentee vote has a chance to redeem itself from the number of scandals that have occurred in Miami. This time I haven’t heard versions of the balloters, nor of fraud with absentee votes,” he added.

Balloters are people who work for political campaigns, especially among the elderly who can’t go to the voting stations, and who help them fill out their absentee ballot, many times pressing for their candidate. Three years ago, the newspaper El Nuevo Herald conducted extensive research on this type of fraud that earned it several national recognitions.

But what most attracted attention during this Tuesday’s session was the fact that most of the winners of primaries or final elections were Anglo candidates, not Hispanic. Hispanics remain a strong constituency in South Florida, and have controlled elected positions for years. But this Tuesday, at least in the Republican sector, most of the Hispanic candidates either did not win or were not ratified in their positions. Or they had a hard time taking the lead, as was the case in the Miami-Dade County mayoral race.

The reason could be in the White House. Hispanic Republicans are great supporters of President Trump and the president would be losing support in South Florida of various nationalities that have not been favored by his policies, including Cubans, for whom Trump’s policy has reduced their contacts with their families on the island, as well as financial support. “Cubans have reasons to love Trump, but also to hate him. Now direct flights have been cut, but it’s because of COVID-19, this was already the case before, as well as the limitation of remittances,” Ramos emphasized.

Until now, the elections for the mayor of Miami-Dade County were not characterized by being partisan, but its outcome introduced that novelty. The last Anglo mayor ended his term in 1994. Since then they have all been Hispanics, all Cubans, and they have won widely against Anglo opponents. This Tuesday a Cuban was in first place, but his opponent was on his heels by less than half a percentage point.

The provisional winner (because the second round will be in November) was Councilor Esteban Bovo, who obtained 29.29% of the votes. His rival, Daniella Levine Cava, was content with 28.79%. Despite the perception that the duel was not partisan, during the campaign both these two and the other three that did not have an outstanding result were involved in partisan plays. The most relevant was Bovo, who to cheer up the Cuban vote strongly in favor of Trump, openly presented himself as the only “conservative” candidate. Both times the president traveled to South Florida this year, Bovo went to pick him up at the airport.

In fact, Bovo is a supporter of Senator Marco Rubio. His wife has been an employee of the senator’s office since he was a member of the Florida House of Representatives. He has never had a job, at least known, outside of public politics. He is currently a member of the county councilors commission.

Levine Cava is a well-known community activist, also a county councilor, but in her first term. She has stood out for her opposition to the current mayor of the county, Carlos Giménez, who has won the first round for the 26th federal district. She has associated with the Democrats and doesn’t reject them. The two have been partisan players in these elections for mayor.

In the midst of it all, in this Tuesday’s elections there was a surprise that was more emotional than political. One of the candidates for mayor was former Mayor Alex Penelas, who served from 1996 to 2004.

Penelas came in third with less than 25%, but clearly paid the price for his disastrous administration. The people did not forget it. One of what he considers his achievements was the approval in a referendum of the increase of half a cent in the sales tax. The excuse was to use it to improve public transportation. But neither this improved nor the half cent was used for that purpose, but for other purposes. A case of open corruption.

In addition, during his tenure, Penelas was publicly humiliated on national television, live and direct, when he told then Secretary of Justice Janet Reno that he was not going to comply with the obligation to help, by law, the Federal Government to deliver to his father the child Elián González, held at the home of his relatives in Miami. The two established a strong dialogue on the ABC show Nightline. From then until the end of his term, the Cuban-American politician was never the same in the eyes of the national press.

But since he ran again, Penelas enjoyed the benefit of local Miami television, produced in Spanish, which promoted him to the point where he appeared first in the polls. Until this Tuesday, the same day of the elections, the networks ran after him during the day. The matter changed almost at the end of the night, when the polls returned reality to their eyes: the electorate did not want to know anything about Penelas. Being Cuban-American it would have been very difficult for that to happen a few years ago, when the electoral slogan was: “Cubans vote for Cubans.”

Cuba reports one death and only 17 new COVID-19 cases