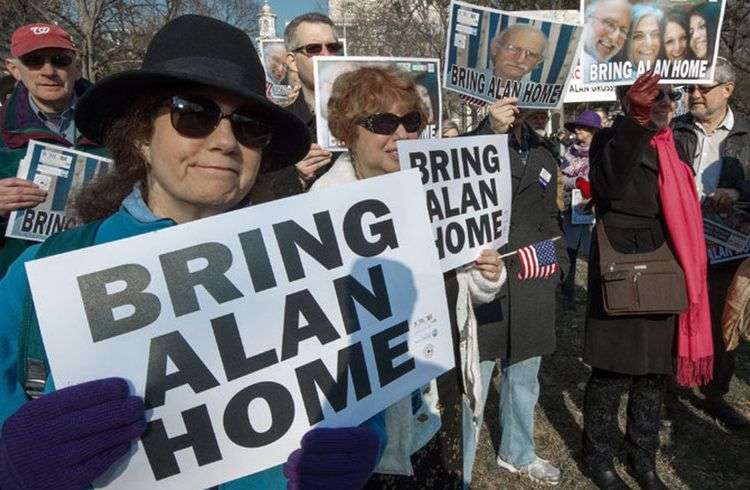 An editorial of the US newspaper The New York Times, published on Sunday, claims that one of the biggest obstacles to the normalization of diplomatic relations between Cuba and the United States is the presence in Cuban jails for five years of the contractor Alan Gross.

The newspaper states that the solution of this conflict is in the hands of the Obama administration, as it could swap Gross for the three Cubans who were convicted as spies, along with two others, over 16 years ago and are still in prison.

The New York Times then explains the details of the imprisonment of Alan Gross, who, posing as a tourist, entered communication equipments to the Caribbean nation to provide internet access, thus violating the Cuban laws, all as part of a contract with USAID.

For this reason Gross was sentenced by the Cuban authorities to 15 years in prison for crimes against the integrity of the state. After talks between the two governments, a few months after the judgment, an agreement was not reached, and some US officials believe that Cuba will require the release of all three agents in exchange for Gross.

To do this , Obama would have to suspend the remaining sentences of the three Cuban prisoners, action rather than justifiable, the newspaper explained, if taking into consideration the long period they have been imprisoned, the valid criticisms that have been raised about the integrity of trial they faced, and the potential benefits that could represent an exchange for a bilateral approach.

The newspaper then recounts the trial in Miami in 2001 to the five agents of the Cuban government, and mentions a number of violations committed during the judicial process, which was even criticized by independent entities such as a UN panel that evaluates arbitrary arrests and Amnesty International.

The editorial adds that US officials have said they are unwilling to exchange the three spies by Gross, arguing that the cases are not equivalent. But an exchange could open the way for resuming diplomatic ties.

In addition, the Obama administration owes it to Gross, who was the victim of an irresponsible strategy by USAID, and during the time spent in prison has lost more than 100 pounds, and has developed various illnesses that could cost him life in a short time.

The article concludes making a call on Obama to act quickly on this issue, since Gross´ death in a Cuban jail would affect for many years the possibility of establishing a healthier relationship between USA and Cuba.