In a letter addressed to Lloyd Austin, which Michael Waltz posted on his Twitter account, nine congressmen, “as veterans of the Global War on Terrorism,” indicate they have “serious reservations” about the possibility of the Guantánamo detention center being closed. 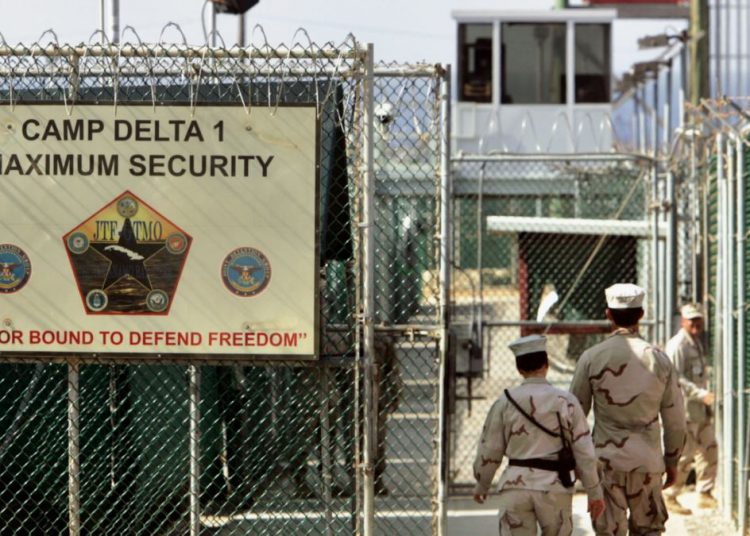 Nine former military Republican congressmen asked United States Defense Secretary Lloyd Austin to reconsider his plans to close the Guantanamo detention facility, according to what one of them, former “green beret” Michael Waltz, representative for Florida, said this Monday.

In a letter to Austin, which Waltz posted on his Twitter account, the nine congressmen, “as veterans of the Global War on Terrorism,” point out that they have “serious reservations” about the possibility that the Guantánamo detention center, located at the naval base of the same name in Cuba, be closed.

Austin, the first African American to head the Pentagon, said in his written confirmation testimony that he believed it was time to close that detention facility, which today has about 40 inmates, including the masterminds of the September 11, 2001 attacks.

“They are people who, in effect, remain at war with the United States,” the congressmen emphasized in their message to Austin.

The nine signatories of the letter ask him to reconsider his plan and remind him that Barack Obama, who had promised to close the prison for terrorists, when he became President did not do so because his plans collided with “facts of reality.”

“Many of us put our lives on the line to prevent these terrorists from ever returning to the battlefield. Some of us even sustained permanent wounds,” the nine congressmen said in the letter to the Defense Secretary of the Democratic administration of Joe Biden, who took office on January 20 and was vice president with Obama.

There are currently 40 detainees for terrorism in Guantánamo and, although Austin has not explained what he would do with them once the detention camp closes, the congressmen reject both the option of release and return to their countries and that they be transferred to prisons in the United States.

The congressmen cite data from the Defense Department that indicates that 30% of the terrorists who have been released from Guantánamo have returned to mobilize against the forces of the United States and its allies.

“Without law of war detention, we could be forced to release these dangerous individuals, allowing them to reestablish their networks and jeopardize American national security interests, along with the security interests of our allies,” they wrote.

“Put simply, we cannot return these prisoners to their home countries and risk reengagement with terrorist groups,” they said.

Regarding the possibility of a transfer to the United States, they say that “there is no acceptable reason to bring terrorists to the homeland” and that, in addition, since most were captured outside the country, the American judicial system can release them for “a technicality” or “loophole.”

Waltz said in a statement to the Free Beacon that the prisoners left at Guantanamo “are the most hardened, the most unrepentant, and the most dangerous.”