If since 2020 the celebrations were marked by the pandemic, the “Christmas Eve” dinner has an unexpected guest this year: inflation. 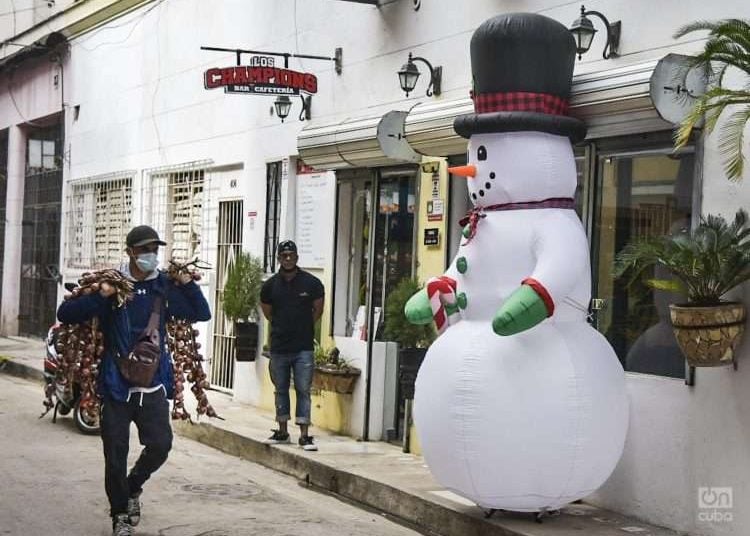 Roast pork, white rice, black beans, boiled yucca with mojo and green fried plantain are the hallmark of the “Christmas Eve” dinner in Cuba, an old tradition that in 2021 will be missing from many of the island’s tables.

“With the food prices it will be impossible to organize a dinner as God intended. A pound of pork, the main food for this holiday, is at between 250 and 300 pesos (between 10 and 12 dollars at the official exchange rate), not to mention the cost of a pound of black beans, which is between 60 and 80 pesos (two to three dollars). That is unattainable for ordinary Cubans’ pockets,” a 68-year-old retiree from Havana who identified himself as Ernesto García told the Sputnik news agency.

If you take into account the average monthly salary, which is around 4,500 Cuban pesos (about 187 dollars), securing the about 2,000 pesos (about 83 dollars) that it can cost to buy everything you need to organize a dinner for three people. that day can turn into a real ordeal or a frustration.

“Christmas is probably the only time when the Cuban family gathers around the table to celebrate. It has never stopped taking place, not even when it was not officially recognized, but this time it will be the market prices and the lack of supplies that will prevent us from getting together,” added García.

The Christmas festivities were held on the island without interruption from colonial times until 1968. On January 2 of the following year, the government of then-President Fidel Castro decided to formally move the festivities to July for economic reasons.

The Cuban authorities then, in the middle of the Cold War, set out to achieve a record harvest of 10 million tons of sugar, and this “decisive effort” to boost the country’s production required the work of a large number of people, especially in the boreal winter, when it doesn’t rain on the island. Therefore, the traditional festivals became working days.

Because of this, for 28 years there were no Christmas celebrations in December.

In 1997, Pope John Paul II visited Havana and made a special request to reestablish the December festivities. The government agreed and decreed December 25 as a holiday, but without the grapes, apples, and wines of yesteryear, which never returned to the table of ordinary Cubans.

In this 2021, it will not be the prohibitions or the decrees that prevent the celebration of the traditional family reunion, since that is already being dealt with by the galloping inflation that is constantly affecting the citizenry.

Prices climb day by day, given the shortage of supplies that has lasted for more than a year, and keeps stores and markets with empty shelves.

The alternative is in stores that sell in freely convertible currency or hard currencies, which cannot ensure sustenance, leaving as an option a black market that has no mercy on someone else’s pocket.

The outlook for the upcoming 2022 is bleak, although those responsible for the national economy speak of a gradual improvement for next year.