Cuba boosts the use of renewable energy sources 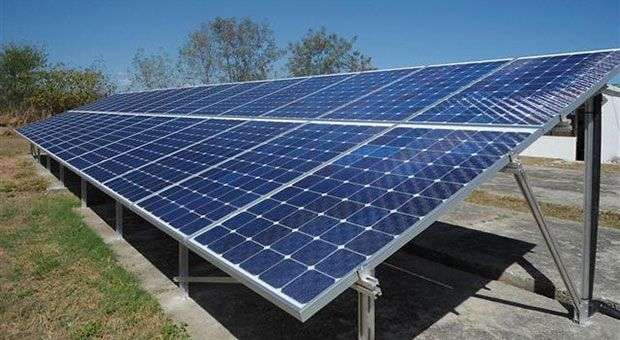 Cubasolar 2014 is moving on the sun’s track

As said by PhD. Luis Berriz Perez, president of Cubasolar, during the Cubasolar 2014 11thInternational Workshop in session from April 21-25 at the Club Kawama Hotel in Varadero, “power generation with our own energy resources is vital for assuring and speeding up local, territorial and national development”.

Bérriznoted that Cuba could be self-sufficient with renewable energy sources and power production in the country could reach a five per cent even when at present it isn’t above three per cent.

At present Cuba is highly dependent on the import of fuel (more than 50 per cent), and therefore, it has low energy security. “Lessening our energy dependence is only possible by diminishing the import of energy carriers. We cannot depend on fuel imports for the development of specific activities and for local development”, he pointed out.

Another trait of the energy situation in Cuba is that it registers relatively high domestic consumption (above 50 per cent) in contrast with industry and trade, which hinders a decrease in maximum demand by readjusting charge and thus bringing about high subsidies for domestic power consumption in order to maintain a correspondence with family incomes, with a considerable difference between maximum and minimum power demand during the day.

That’s the reason why, Berriz made emphasis on how much the country could save in terms of the replacement of imports by developing local and solar energy with its own resources; resources that don’t pollute the environment and solve future problems. It is impossible to think of sustainable development if the environment is polluted and the nation depends on the import of fuel.

The president of Cubasolar added that “knowing the issues of climate change and the harm done to the environment is essential, not just for the nations of the South, but for the whole world, given that the lack of energy is one of the reasons for underdevelopment ”

In the meantime, despite the fact that there are no equipment available for the population that would contribute with diminishing power consumption and even generate power such as photovoltaic systems and small wind turbines, the Cuban government based on Guidelines 113 and 247 of the economic and social policy by the Cuban Communist Party and the Revolution, gives priority to material and technological support in the development of targets for making the most of different renewable energy sources and favors making the most of them, mainly in terms of wind, hydraulic, biomass, sun, biogas energies, among others.

It is worth highlighting that the eastern province of Holguin is in the vanguard in wind energy, and the rest provinces in the region are ahead in photovoltaic energy in mountain areas as the municipality of Guama in Santiago de Cuba province; San Antonio del Sur, in Guantánamo, and BartoloméMasó, in Granma.

This International Workshop is attended by academicians, researchers and professors from 11 nations, including Spain, Peru, Italy, Aruba, Nicaragua, and 11 representatives from different US states, making a total of 200 delegates.

Laurie Guevara-Stone, writer and editor of EcoCuba Network, in California, stated that renewable energy sources play a significant role in saving life in the planet and Cuba is moving on the right track, with perspectives and projects in progress. She wished other countries would do the same considering that it is industrialized nations as the US the neediest for renewable energy sources due to the significant amount of energy it consumes.

PhD. Enrico Turrini, former president of the European Investment Court in the field of renewable energy sources, highlighted the importance of Cuba’s progress in the use of these energy sources, during his lecture The Sun’s track in improving the Cuban socialist model.

Laritza Bacallao and PMM: reaching people as no one has ever done.