Cuba: the two prices in one country 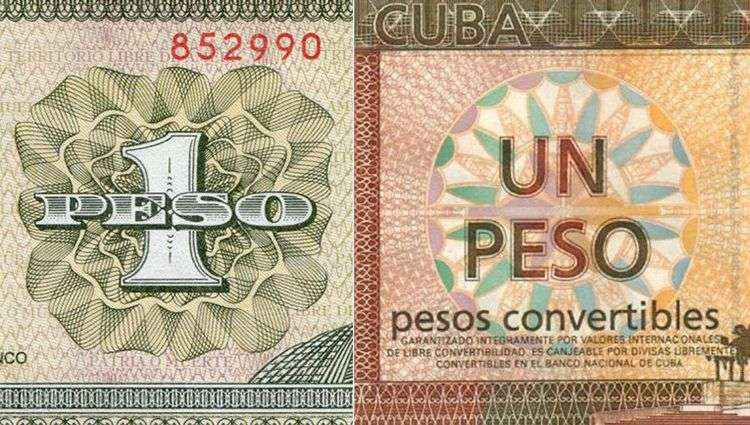 The buyer looks at the price and gets frightened. An electric shock shakes his body. 240 pesos for a towel is too much, even in the country where a car costs a quarter million dollars. The customer is confused, or he is unobservant and will discover it soon.

The initial concern disappears seconds later. He finds the same price in convertible pesos (CUC), the Cuban currency that is pegged to the US dollar.

The towel actually costs 10.00 CUC. The largest number is in Cuban pesos, future survivor of the elimination of the dual currency now accepted in malls where before 2014 you could only pay with its 24 times more valuable twin.

Monetary reform occasionally gives a scare to Cubans that go shopping without hearing, enter one of the shopping centers that already accept both currencies, each labeled product has two prices, sometimes at a distance confuse the buyer.

Now you can pay in CUP! announces a placard under the cash register in stores. A story that killed the illusion of millions of Cubans that the end of the dual currency would lead to lower prices, at least in those products marketed in hard currency, although economists like Pavel Vidal had spent years warning that it would not happen anything like it.

In July 2014, the now Minister of Economy and Vice President at the forefront of reforms, Marino Murillo explained that “retail prices remain as it is today. (…) What method of forming prices? One per 25. What one in the store today is worth 1 CUC if you buy it, you have to pay 25 pesos. He is saving the process of going through CADECA to change. ”

Cuba’s President Raul Castro described the move as positive. “Favorable reception among citizens has been the decision to generalize CUP sale in dollar stores, which continue to gradually expand,” said the president in December 2014.

Murillo described the existence of two currencies in the economy as “a brake on everything we want to do,” referring to the updating of the Cuban economic model, launched in November 2010 under his direction.

The coexistence of the Cuban peso and the convertible was a real de facto in the black market, where CUC and CUP mingled without distinction to the difference in value, state gradually comes to shopping centers as part of the schedule for elimination of dual currency.

The Central Bank of Cuba presented the introduction of new banknotes of 200, 500 and 1000 pesos as a response to the trend of using CUP instead of convertible pesos, not to mention the possibly that the hard currency will be out of circulation.

Perhaps there is not need to reach the Zero Day for many Cubans to banish once and for all the CUC from their wallets.