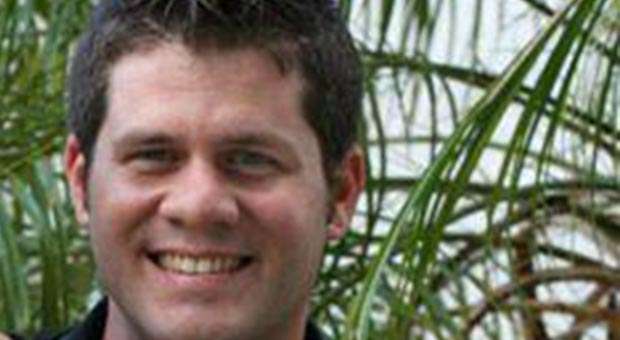 The decapitalization of the Cuban manufacturing industry is touching bottom. Year after year, since the start of economic reform in 2011, the authorities recognize the urgency to revive the industrial sector as a way to increase the country’s income from exports, in addition to meeting the demands of the domestic market.

For the young Doctor in Economics Ricardo Torres, from the Center for the Study of the Cuban Economy, since the Guidelines were adopted, the authorities have taken important actions that seek to create a framework for later promoting specific actions.

Among them are the creation of the Ministry of Industry and the adoption of policies for recycling, packaging, biotechnology and renewable energy; but he notes the need to launch more daring proposals, as fundamental premise to achieve new levels of development.

“When you read the Guidelines, it seems that our main task on issues related to the industry should be rescuing the industry we had in the late 80s that we lost in the last 20 years. That means that the current Cuban manufacturing would have to look like that “and that is not shared appreciation, because national and world conditions have changed.

The professor at the University of Havana, with a doctoral thesis on industrial policy in the country, agreed to share exclusively with OnCuba some of his criteria.

OnCuba : Professor in the program of “updating” we can already find the decision to allow non- state management in certain branches of domestic industry.

In recent times they have transcended news on “the study of decision” to approve the cooperative management in manufacturing or leasing to private manufactures machine tools that are virtually obsolete by state entities . Where do you think there are the greatest potential for non-state manufacturing?

Ricardo Torres: Due to the little accumulation of capital that non-state actors in the country have I see their greatest potential in the industry called “light” (toiletries, clothing textiles, shoes, food …).

A business of this type usually requires modest capital, but much attention to quality and flexibility to make decisions quickly to market changes; and such behavior appears much more often in management SMEs than in large state enterprises.

Today people hear talk of transformation, growth and macroeconomics, but they still don’t experience changes in their consumption patterns, and that does not satisfy them. So I think that open to non-state involvement in durable goods industries would impact positively on the social perception of changes in Cuba, in the face of the presumed productivity growth that might occur.

I must say that with this decision they should be allowed access to the export and import of raw materials and finished products facilitate new types of loans and deploy a wholesale supply network; for without such support they may offer little.

Clearly, this state of affairs is not going to be solved overnight; but we should not keep waiting to start solving it.

OC: These days, the Cuban government announced a package of measures that give more autonomy in their management to state enterprises. If you notice that all companies in the manufacturing sector in the country are still under state administration, what is the foreseen impact of these decisions?

RT: These measures are a very positive step for companies in general, and also, of course, for the industrial ones. The business world is one of the areas where many transformations are expected as part of the upgrade process and had not occurred yet

This may be the beginning of the road leading to develop the kind of company we need in Cuba, because, among other things, they are allowed to handle 50% of their profits after paying taxes and ministerial and they went into details of their business functions, which helps them not to confuse nor supplant them.

However, we must be clear is that this is just the beginning and it will take some time before these measures mature and allow taking others more complex and profound.

One of them announced by Grisel Tristá, the group responsible for implementing the Guidelines: This is definitely the first step to get some time a Companies Act.

OC: What is a Companies Act need for?

RT: We need a law that establishes minimum standards for all companies, regardless of the state sector. That standard defines what a company is and what not, and what is their role in society. Some countries have two laws, one for business and another specific for state enterprises.

There is an issue that is not addressed in Cuba and that has to do with competition. Today there are companies in the country who abuse their market position, affecting the consumer … so what do we do about it?

We have to ask, is it always desirable to have only one state-owned company in the market, or you will want to have several, even not necessarily state ones?

When there is a single entity you never know if it goes well or bad, because there is no other reference. It grows 10% in profits and we can say is “going well” but we don’t know if the market allows it to grow 20% and is not doing it…

Despite this I am aware that a law is still a dream.

OC : Now that management facilities will grow for companies there are voices calling for the need to ensure what managers do with these facilities , or even questioning that the Cubans managers are able to take initiatives. What do you think about it?

I think it’s very important for managers to acquire the knowledge they need to successfully perform their work. There can be no policy of only “stick ” understood that as prevention of errors, but also need to provide them specialized training to make better decisions in a more demanding work environment.

Today the biggest challenge, not only for the industry but for the entire economy is that companies have to become real businesses. Firms make decisions and pay for it when it goes wrong. It cannot be that out of fear that a manager takes a wrong course they supplant his role from above.

And if the matter is to prevent workers from being harmed, then we will have to devise mechanisms for effective participation in decision -making and oversight .

Cuban residents in the US Can Renew Expired Passports

Van Van, the come back

Van Van, the come back

Chatting with the Cliff Diving champion