Daniel A. Fernández
in Technologies of Communication and Media
2 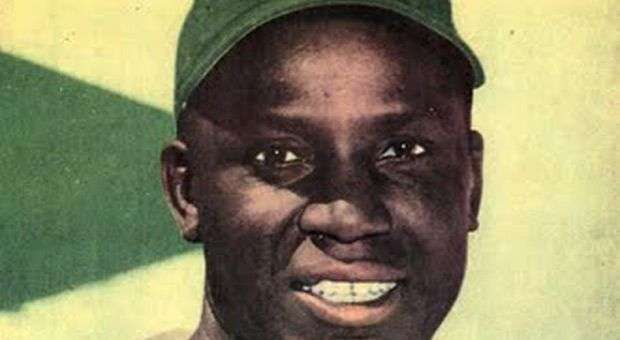 When Jackie Robinson broke the racial barrier in 1947, ruling for more than fifty years in the United States professional baseball, the history of this ethnic essay had already in its pages the presence of a Cuban baseball player. Matanzas´ Silvio Garcia, one of the great figures of Cuban baseball circuit could be the first black player to debut in the major leagues.

By 1947 a group of moguls of baseball in America had long been preparing this social experiment that would allow them to acquire a constellation of “color” players who dazzled in the Negro Leagues. A year before, the owner of the Brooklyn Dodgers, Walter O’Malley, sent the franchise general manager Branch Rickey to Cuba. The idea of ​​breaking the color barrier in the majors through a Cuban player was in his plans.

The Dodgers directive, since the early 1940s, was impressed with Silvio Garcia´s performance in the field. He had bee already seen by the scouts during the winter seasons in Cuba, Mexico, the Dominican Republic and in the Negro Leagues. Some of the reports considered him superior to Marty Marion, one of the best shortstops in the period. Silvio Garcia was the player called to change the history of racial segregation in professional baseball in the United States, but…

Versions of the interview between the manager of Brooklyn, Branch Rickey, and Silvio Garcia differ as to the exact words used by the American. The answer given by the Cuban player is itself unique. Rickey exposed him the difficulties he would face from the markup racism still prevailed in the universe of MLB and especially in American society. What would you do if a white player spits on you, just because you are black? Rickey asked. Two words were enough for Silvio to be ruled out as viable option: I kill him.

That categorical answer has always made me to imagine Silvio Garcia as part of an Abakuá power and occupying one of the important places within it. Maybe I am conditioned by his Matanzas origin, exactly from Limonar municipality, maybe my imagination tries to give a touch of irony to this story; if this would be true, what a fiasco that of the Dodgers when trying to choose the worst possible player to endure any kind of humiliation.

The breaking of the color barrier in MLB needed a black player with special features. The question was beyond his qualities as a player. He had to become a sort of Christ willing to sacrifice himself in function of an encouraging future for those of his “race” and, of course, for the wallets of American Baseball moguls.

Jackie Robinson took that difficult role and thus began his path to immortality. Together with two other stars of the Negro Leagues, Campanella and Parlow, he was signed by the Dodgers and sent to the subsidiary of the Montreal Expos. During the 1947 season they were Cuba. The white team players stayed at the lavish Havana Military Academy; Jackie and his two companions had to stay in a third category hotel, near the Terminal Station. Branch Rickey told him: “Although you to be humiliated, or want to give up the campaign, you’ll have to find will and strength to endure everything, because in the end, we will win the game.” Robinson, stoic and perseverant, took the risks and won.

Silvio Garcia died in 1978. His pass through Cuban professional baseball confirms him as one of the best players of his time. He participated in twenty seasons, including the single version of the League of the Federation (1946). He had more than 3000 at-bats with an average of 284, 946 hits, 128 doubles, 44 triples and 26 homers. He stole 105 bases; his defensive performance at shortstop was spectacular and also played as pitcher, amassing more than ten victories.
In 1942 he was the batting leader with Cienfuegos (351), club with which he played the most, although he also wore the jersey of Almendares, Marianao, Santa Clara and Havana. In that season 41-42, he formed a devastating line-up alongside Colas, Heredia and Crespo, called by a commentator of the time as “the oilers”. In 1951 he repeated the batting title (347) and was also leader in steals (17), was the MVP of the Cuban circuit, award shared with Adrian Zabala.

Cuba competes at the 30th International Circus Festival in Rome

Cuba competes at the 30th International Circus Festival in Rome

Dressed as a bride, a love story between violence and inequality

Oscar 2014: Spanish-speaking films left out of the nominations