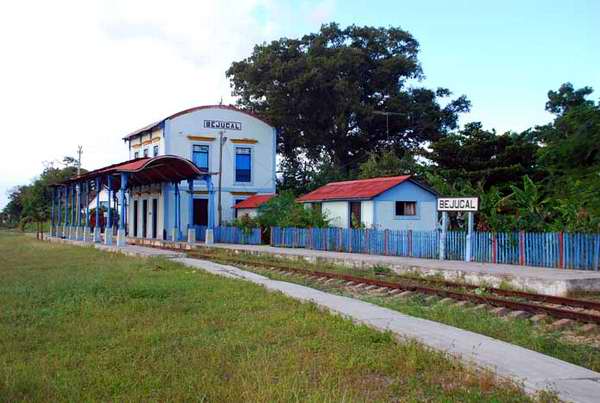 Since mid 2000 the Cuban railroad system is rolling towards modernization. The slow process in itself – because of obsolescence and deterioration of roads, stations and vehicles – has been further delayed due to multiple organizational, of investment, imports, and qualified personnel difficulties.

Recently, these issues were back in the news, it was announced that trains will be key in the internal movement, to and from the Special Area Development Mariel. A few days ago industry officials reported progress in the transportation of cargo, and they have already started the first repair actions in the Havana Central Station.

During the sessions of the National Assembly of People’s Power , last December , Raúl Pérez Ramos, first vice minister of Transportation, announced that they were working to acquire 240 new passenger cars, manufactured in China. The total value surpasses 150 million dollars, so as the official explained then, authorities are looking for a long-term loan to ensure the purchase. If the negotiations are fruitful about 50 wagons would enter the country annually, which would mean a stabilization period of 4 to 5 years.

However, the optimal functioning of the system requires more than cars. The problems range from the infrastructure itself (rails, terminals, crossings, bridges) , and the industry must supply parts and pieces , work on the deficiencies in designing routes and crossings; to the usual delays, lack of comfort and safety.

The national railway technology is very old, with an average between 30 and 40 years of service. Hence it follows that only approximately half of the cars works today. The aging makes difficult, in turn, to resolve breaks and find replacements.

To the shortages of trains we must add the defective condition of the stations and railroads. According to press reports, of the 835 kilometers of the Central Line (Havana -Santiago) , about 50 percent needs capital restoration, or even complete change of rails.

Local branch lines run with similar fate. In his speech to the deputies Pérez Ramos commented that total repairs would allow trains to reach 100 and 110 kilometers per hour, but for the antiquated cars is impossible to exceed 50 km / h.

Indiscipline and vandalism complicate the picture: thefts of rails, sleepers and signs, cattle on the rails, negligence across level crossings, are not isolated incidents and have become the main cause of frequent accidents.

Low wages, loss of skilled workforce, poor hygiene and poor service by the crew have also affected the entire industry. The capacity offered to passenger is limited and the frequency between trips too long. The illegal reselling of tickets outside and the diversion of revenues are not something new either.

In general constructive works dilate for a long term, as the country has only one main railroad, and uninterrupted repairs would paralyze transit. This feature involves seeking alternatives to work in sections and quickly.

The long, narrow shape of the island makes trains the ideal means of transportation to cover large distances. With regard to buses, used mainly at present, it is more effective and economical, given the amount of people it can move, as well as energy savings. While progress has been made in the field of cargo (food, fuel, cement, machinery, fertilizer, bagasse …), as reported a few months ago by the official, with the transportation of passengers this has not happened.

Meanwhile, the railways development in the Mariel area could accelerate progress in the rest of the country, as it increases his pace and needs a more fluid interconnection with other provinces. For now, the Brazilian company Odebrecht is working there on the rehabilitation of 61.2 km of railways and construction of new 18.7 km.

Plans right now are to gradually renovate the main railway stations in the country: Villa Clara, Camaguey, Santiago de Cuba and Havana. The latter, greatly damaged, is considered a heritage building, and its full restoration will take five years. The Spanish ULMA carried out in conjunction with the Cuban counterpart, the draft of the facade scaffolding.

Ramón Oduardo, technical adviser of that company in Cuba, said that the terminal should be kept active, and thus the repair becomes more complex, due to safety concerns.

From 2010 to date, the government has purchased 112 Chinese locomotives, various types of trains and coaches from Iran and Russia, with which there are agreements to remodel workshops and machinery. Last year representatives of the Cuban Union of Railways visited factories of the Grampet Group, Romania, at which the two sides discussed the possibility of building a technological line here, with know-how, components and parts produced in the Central European nation.

During 2014 the Havana-Santiago route will be prioritized with the new cars added to service, while they are assessing the possibility of reopening the route between the capital and Holguin. They also plan to start using driveway motors for urban and suburban travel that connect the city with Artemisa and Mayabeque provinces.

Better performance of the rail system would have a direct impact on other sectors of the economy. Sugar production, for example, would gain in efficiency if expedite the movement of cut cane to the mills, then the sugar, molasses and alcohols to their respective destinations. Also, port operations could reduce their time. To stimulate this sector benefits the steel and mechanical industries as suppliers of parts and components, achieving the necessary production chains.

Bárbaro -el Urbano – “If I stop rapping I will die “

Bárbaro -el Urbano - "If I stop rapping I will die "