Bárbaro -el Urbano – “If I stop rapping I will die “ 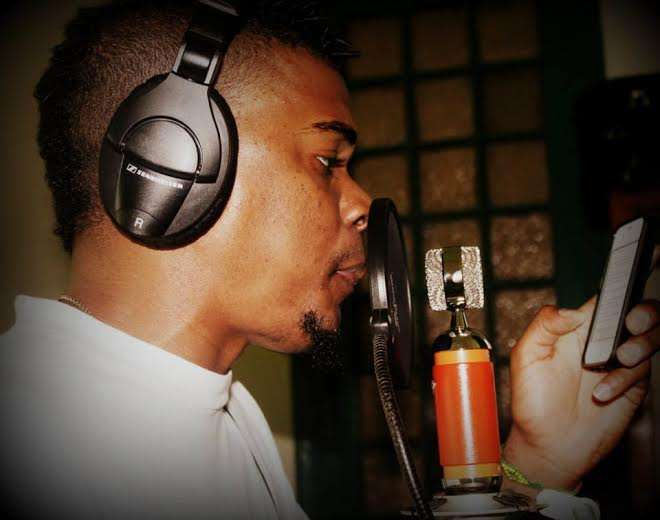 I met Barbaro ( el Urbano) Vargas four years ago during a competition of MCs that was held in Havana. I saw him several times also in the Pa ‘ rriba , an event that took place in the basketball court located in 23 and C streets, in Vedado , once a month , and were organized by the Cuban Rap Agency .

At that time he was about to end his college studies and among those followers of rap music he was well known , especially for the way he appropriated the stage, by the freshness of his lyrics, energy and flow that characterized him .

Now the young rapper is on the list of the Cuban Rap Agency. His most recent album, already the fourth of them, La Barbarie has collaborations with renowned Cuban rappers like Charlie Mucha Rima , Etian Brebaje Man and Anderson and music production names such as Dj Rafox , Bi , Dj Lapiz and El Prófugo.

About how this multi-award MC develops his career within a Cuban musical stage that is not sufficiently conducive to the “comfortable” insertion rap, we talked in this interview.

Who is Barbaro (el Urbano) Vargas?

Barbaro (el Urbano) Vargas is just a young Havana man born in the town of Marianao. Music lover in general, especially rap. Son of de Sol Ángel Galdós and Juan Agustín Vargas. I graduated as graphic design three years ago and I am practicing as rapper and designer, a tremendous combination!

La Barbarie, if you were a music critic, what contributions you would see in it and want people to notice?

La Barbarie is more on the technical side, the complexity of the rhymes and perfection of style. The album shows the maturity that I have reached over the years.

In Papel de Loco, a song that is part of La Barbarie, you state: “I have no accomplices or allies; I mean I am at war even with those who are on my side. Marriage is utopia, rivals everywhere, “and certainly there are those who believe that the Cuban rap movement has” survived “thanks to the brotherhood and unity, with such a lack of resources and genre recognition. My question is then: how do you want your text to be understood?

Just with the intention with which I wrote it. The union between rappers here has always been controversial. Maybe from the outside it seems that there is union but in reality there is not. The fact that we all get along does not mean that we are united. There are many sides; the Cuban hip hop community is much segmented. I imagine the reason for this is that we still have not learned to respect each other’s work because that’s a problem.

You’re a multi-award winning rapper. Of all the awards you have received in the Puños Arriba what is what has rejoiced you the most and which one has surprised you?

All have great value to me but that of Contenido social, received two years ago, made me very glad because it is one of the most difficult to obtain and because it is the prize for social work that our music makes.

I read somewhere that you are an “underground rapper” is not this a feature that identifies the rap in Cuba in general and not specifically to you? Is this not a contradiction due to the fact you are part of the catalog of the Cuban Rap Agency that is a government agency?

I’m underground because my music is not backed up or responds to the interests of any institution. I record on my own and I look for places to sing, also by myself, everything is independent.

Apparently it’s a contradiction but it is not. The Cuban Rap Agency facilitates me the endorsement to introduce myself in some places that ask for documents. Actually my agency, my promoter and my record label is myself.

As a follower of rap I am a bit tired of the discourse of confrontation between rappers or excessive exaltation of “I’m the best.” Do you think even that is still necessary “exaltation of my skills” in the Cuban rap, even though the international movement has turned to other issues?

That will never cease to exist, that is part of rap and its history. Luckily Cuba is not one of the countries where they are most notable for the rivalry between the rappers. There are countries like Dominican Republic or Puerto Rico that are really aggressive in this regard. In the United States itself many other topics are discussed but these songs never fail, I guess it’s because these issues are commercially striking.

Among all your songs, what is your favorite?

I like various songs such as: “A veces”, “Lo rico de ser pobre”, “Guapo” , however , one that I really like is “Me agrado” Because it played a very important role at a time of my life where I was going through a lot. It is a theme of redemption and personal growth. Sometimes we spend a lot to criticize others without looking at ourselves first. Also we are used to talk about us but with a negative approach and this song breaks with that. I really like this theme, my first album is almost raw, when I was just learning to rap.

What is the song of another rapper you would have loved to record?
There are many songs that I love. I am a big fan of all the colleagues with whom I work. I love “Algo anda mal”, by El Aldeano, “Lágrimas negras”, by Soandry, “Me los como en la valla”, by Maykel Extremo, “El Profesional” by Anderson, “Si los ves”, by Papa Humbertico, “Momentos duros”, by Brebaje Man, “Niñito Cubano”, by Los Aldeanos, “Seguimos respirando”, by Soldier Squad. If I am very sincere I wouldn’t like to sing any of them because they did it already quite well.

I am interested in your creative life outside of music, because you’re a designer too. Tell me how you manage time for two such dissimilar creations.

Time becomes a problem when you have two professions that require such dedication. Definitely the design I had to put it aside for a while but I didn’t quit. I’m still working on a Telecommunications company doing multimedia and album covers, between the hours of 8 am to 5 pm. When I finish with the design I start rapping, days go flying by. But I like it because between the two professions there is much in common.

If you had to choose between your two areas of creation, with which would you choose? Why?

I’d take the rap. Because I can be without design but if I stop rapping I would die.