The app, named "People’s Participation," seeks to establish a "direct link" between citizens and "government authorities," at a time when the island is experiencing an energy crisis that the Cuban government claims is "temporary." 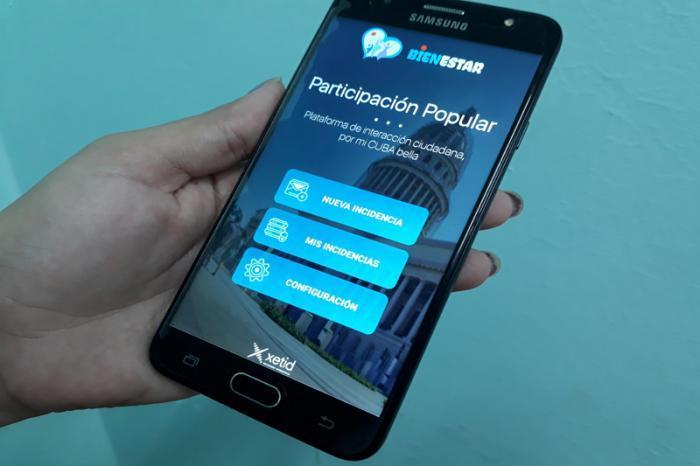 A new application for mobile devices that seeks to facilitate “the report of situations and problems identified by the population” is available on the Cuban Apklis download platform.

The app, named “Popular Participation,” was developed by the Xetid Information Technology Company for the Android operating system and seeks to establish a “direct link” between citizens and “government authorities,” the daily Granma reported.

Its creation responds to the computerization of society and electronic government policies promoted by President Miguel Díaz-Canel, and its most recent update coincides with the current energy crisis that the island is experiencing and that the Cuban authorities affirm is “temporary.”

Given this situation, the Cuban government has requested collaboration from its citizens to report those who do not comply with the stipulated measures, a call that they also made recently as a result of the “capped prices” recently established on the island after the increase in salaries and pensions.

Félix Moreno, director of the Xetid company in Holguín, told Granma that the objective of the application is “that citizens can report any incident in different sectors, problems with water leaks, alteration of prices, transportation, sewerage, street lighting,” among others.

Not only can a written complaint be sent, but “it can provide evidence such as photos, and the place where it is located through the activation of the GPS,” said the director.

The “citizen complaints” that are sent through the app go to “a map in a government situation room that will analyze the provided information,” which is why “there is no intermediate procedure,” he added.

The director also assured that his company is working on a platform called “Welfare,” which aims to “automate the main procedures” carried out by Cubans. It will allow people to “know what status their procedure or case is in” and “will avoid their visiting the office again and again.”

“The platform will give you a case number and your own pin, you can enter and by entering this data it will show you at what stage your process is,” said Moreno, who added that Xetid will continue committed to the creation of applications for Android devices to “make life easier” for Cubans.

Díaz-Canel receives president of Grandmothers of the Plaza de Mayo