Heavy rains in most of Cuba 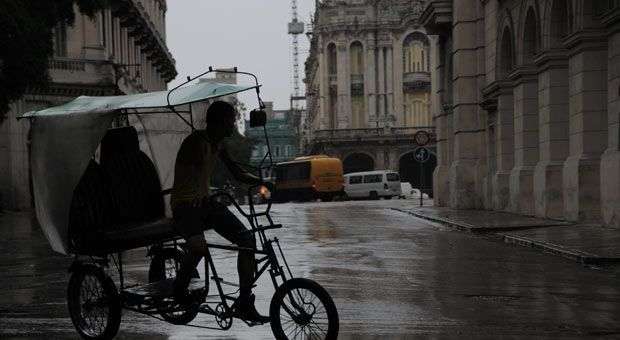 The influence of a low pressure system at mid-level in the atmosphere, along favourable conditions, has caused heavy rains over most of Cuba in the last days.

Elier Pila, from the Meteorology Institute (Insmet) explained that the rains were also due to the typical summer conditions and high humidity that favored them and that there isn’t anything wrong this time of the year.

He said that, as an interested figure we could see the 88 millimeters of rain in Veguitas town in Granma province, I the east while there was a report of 35 millimeters in Havana, all the way to west. At the same time there was a strong storm in Bayamo city, in Granma, where gusts of winds blew at over 90 kilometers per hour.

A report by Insmet states that September is one of the months when it rains the most in Cuba . The influence of the Atlantic Ocean anticyclone diminishes greatly considering July and August, which, along the frequent passing of waves and tropical lows, boost the occurrence of rains.

It reads that this is the time when more hurricanes are formed, though; the historical incidence over Cuba of these organisms is somehow less than in October. Related or not to these hurricanes, other meteorological events make of this month one with the largest precipitations in any given year.

The current September is expected to be close or even over the statistics of precipitations in Cuba which is considered normal throughout the country, based on historical records, reported Insmet.

With information from Guerrillero noticias

The relativity of the "Memoirs ..."