The Coca-Cola and oblivion 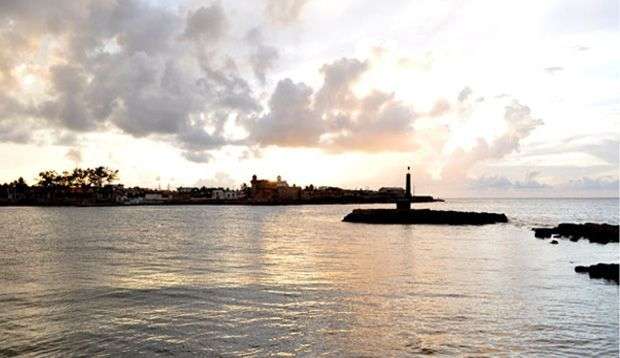 Enrique, Kike, tells me that his wallet hasn’t been fed in a while and shows me a plain hand-made bill-carrier, with nothing but faded photos of his girlfriend and his family, who also look shameful, I think, although I do not understand why.

Kike has been my friend since grade school. That’s why I know him and I know he will tell me what is bothering him. Furthermore, the evenings on the Cojima coast, east of Havana, are calmed ladies that encourage dialogues and confessions. When one meets there with a friend or relative, often conversations are on.

I was thinking about the possible topic. In Cuba people talk, to exhaustion, of wages. But Kike surprises me with a question: Do you remember Miguelito, my cousin? I answer with a verbal “yes” and a “do not understand” face, rendering word and face incompatible. I remembered Miguelito. He was a redhead to which the definition of “that boy is candela (fire)” could not suit him better as he had on the whole, along with red hair, a weakness to set on fire the surrounding area from his building. Neighbors commented that indeed the fire and he were one.

The incomprehensible part of Kike’s question was that his cousin had been for years since out of our conversations, like Power Rangers with their plastic fights, wrapped on sparks and absurd explosions.

Miguelito and my uncles-he tells me, left with the rafters. They climbed on a floating frame made ​​of tanks and another pile of junk. Who knows what they had to go through on the trip? They were hard years and they fell into despair. But in my house, if we had to divide a grain of rice for all to eat, we did it and got over with it.

I find funny the exaggeration and Kike notices it and pauses to laugh. Miguelito and uncles-he goes on- used to eat in my house and my father used to give them clothes, shoes and everything he could.

They arrived safely in the United States. We know because one day they called here and talked to my parents. It was still a child and I do not forget it was the last time we heard of them. They explained that they were well, then nothing more. We never had the intention to ask them even for a dollar. “Right now, my father is very ill and his brother Miguel, Miguelito’s father, doesn’t know it.”

I cannot ensure that there was some concern from him. I think he, like many others, drank “the Coca-Cola of oblivion”.

I remembered the rafters in the summer of 1994. The screams, dogs barking, children, the mass of viewers watching relatives and strangers leaving on an artisanal fleet as far as the eye would capture to perhaps snatch from the sailors some tears that melted into the salty sea. A large group of Cubans, even today, do not know anything about them.

The truth? The truth is like a prostitute under questioning … The fact that you sell your body it is, in itself questionable, but you can defend that decision or condemn it. The truth resembles it. To say that something is a truth is understood to be true, but some accept it and some do not.

I see Kike look without looking and I realize his sadness. I presume he will not cry, even when he feels compelled by the desire to do so. “Men do not cry,” he says and, maybe, so his father said when his uncles and his cousin moved away from the coast. Miguelito was wearing a green sweater. Green age. Green dreams.

The rocks cover an oval and smooth stone. Henry picks it up. He throws it. It bounces on the water and sinks. He is sinking into the ground. Doctors still do not discover the origin of the illness of his father. He expects the worst. If a big man resembles a skeleton in a few months, concerns abound.

With a Coca-cola in his hand, Miguel calms his thirst. Maybe oblivion helps…maybe

I am honest and a good dancer