natalia-guevara
in Politics in Cuba
0 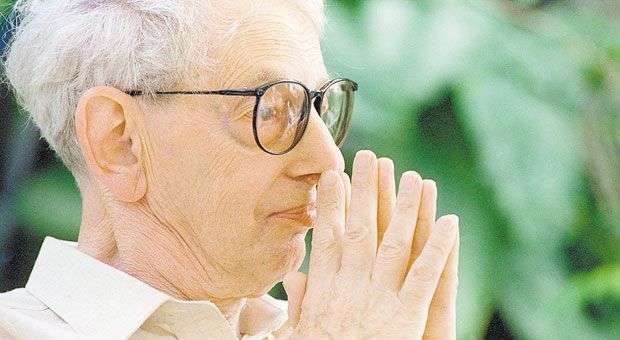 People have to find the specific answers to the current problems of our society; we are not going to find them in ideas from previous times, even if there were supported by great thinkers and political leaders. The generations facing problems in a particular historical moment must g enerate solutions to solve them.

Seeing it like that, so naturally and starkly, the certainty of a social responsibility, which is unforgiving with delays, tried to stir the audience in their seats, a mostly young public, who during March 20 and 21 met at the Juan Marinello Cuban Institute for Cultural Research, to remember, and discover in many cases, the singular lucidity of Eric Hobsbawm, one of the most respected classical authors of contemporary social thought.

Those who attended that event were the members of that generation convened to clear the variables of its time, and that instant was a portion of that “moment” that, by historical designation, made ​​ them responsible for the future.

Hobsbawm, ” he introduced the debate on who and how should decide the destiny of a country prejudiced against constant transformations -premise of his revolutionary essence- and therefore exposed to incessant vicissitudes.

Alonso, as crucial starting point in the way of an increasingly effective and fruitful participation, referred to conceptual clarity regarding how to achieve a more practical ideology, how to distinguish between tactics and strategy.

To do this, Alonso remembered that the British historian –who died in late 2012, at 95 years-, had defined the concept of socialism before and after the Bolshevik Revolution: first, according to Hobsbawm, this was defined as the antithesis of what existed and had to be changed . After 1917, it emerged the need to rethink this concept beyond its pure idea, the need to define its structural dimension as a social process in construction, and from there it appeared an agenda of conceptual challenges (e.g., what, how and how far things must be changed).

“The actors of that time, Eric told, designed short term policies, under the pressures of immediacy.”

That, Alonso adde d, makes us reflect on the weight that urgency had on the development of policies that were implemented then, and that still has an impact on the revolutionary processes. One thing is learning that tactics and strategy are not alike, and quite another to achieve it in practical terms.

“How many policies, essentially short-term, do we have adopted –asked the Cuban sociologist- and then maintained by the only reason of an inertia that has been unable to change them?”

In certain cases it is necessary take measures for the immediateness, Alonso reaffirmed, but those actions get outdated quickly.

Designing the present and getting satisfied with the positive effects of such policies, taken at a time that is soon overcome, puts us against the following risk “short term swallows the long term, projecting its response in the inadequate assessment of the significance of the proposed changes.”

Moreover, Alonso referred to the centrality that Hobsbawm granted to the economy in the 21st century agenda: he was sure that the market could not generate a sustainable development, and that Socialism existed to remind us that the population was more

However, the British historian had also very clear that the material argument to build a superior society, not as a synonym of compulsive consumerism, but as progressively meeting the rational needs, was a limitation for this new model, unable to project a visible term to decree an end to austerity (this conclusion came for his study of Bolshevik society).

The above idea establishes a link with another famous Marxist, Ernesto Che Guevara, who believed in the 1960s as a “matter of principle” that ” Socialism is to meet the ever increasing needs of the people, otherwise, it is not worth being a socialist.”

It does not seem to be then the result of an act of naivety or mere voluntarism that Eric Hobsbawm´s book has the picture of the Argentine guerrilla on its cover. Neither should be the strength of chance the one that make us having them both so present in these times of economic change in Cuba, a process for which there is no preset formulas , but interpreters of enriching experiences that can guide us in the search for own answers for a particular time of us.

Leo Brower: It is the work what gives the light