Are Cubans traveling a lot? 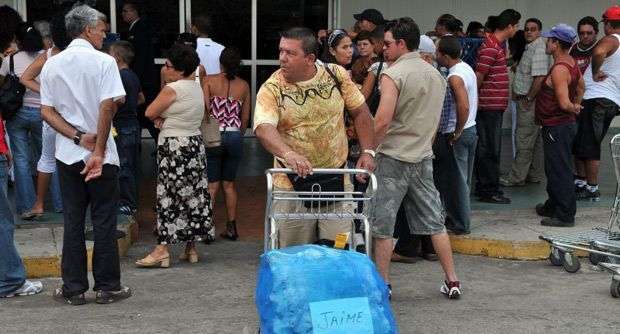 Some 182,799 trips abroad Cubans have made after the implementation of immigration reform issued on January 14, 2013, it was announced a few days ago in a report on the state television.

On the news it was reported that the application of new immigration measures are being carried out “in an atmosphere of normality and internal acceptance”, and further stated that the average stay outside Cuba of travelers was one month.

The implementation eight months of the migration legislation, with great impact on the island, led to the elimination of the bad seen exit permit and requirement of a letter of invitation, reducing the handling process for Cubans to obtain a passport and buy an airline ticket.

The report also revealed that more than 1,900 Cuban emigrants have called up residence again in Cuba.

EFE news agency notes that the second head of Immigration Office of the Ministry of Interior, Lamberto Fraga said on television that migrants returning to the island “have the ability to reside in Cuba, continue to reside in the country where they were or just stay and live in their country of origin and travel with the conditions of Cubans residing in the country.”

Similarly the Cubans interviewed in the program said they felt satisfied with the legislation but expressed that the current obstacles come from the countries of destination at the time of granting visas.

(With information from EFE)