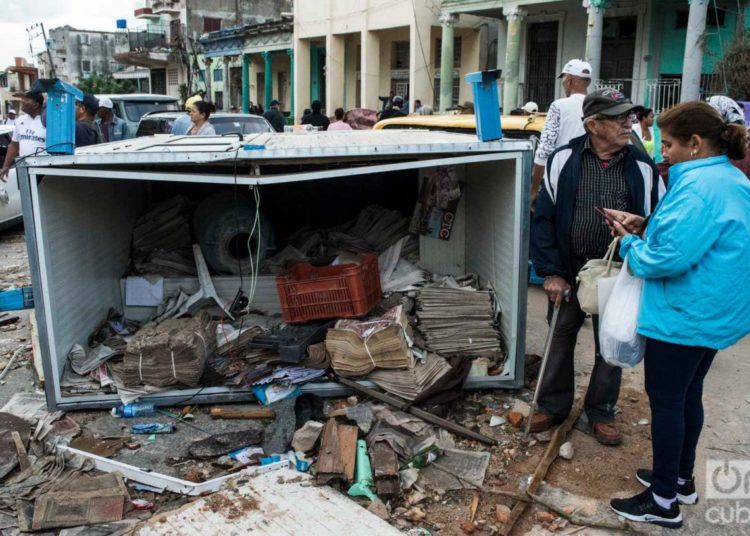 Five people remain in serious condition, one of them critical, almost two weeks after an intense tornado hit Havana, leaving six dead, 195 injured, almost 10,000 displaced and a balance of more than 5,800 homes affected.

The number of hospitalized has dropped in a week from 26 to 18, indicate data published this Saturday by Granma, which also indicates a decrease in serious patients, which totaled 13 until last Saturday.

Some 9,938 Havanans today live outside their homes, totally or partially destroyed by the tornado that took the Cuban capital by surprise on the night of Sunday, January 27, with gusts of wind that exceeded 300 kilometers per hour.

Of these, more than 9,390 have taken refuge in the homes of relatives and acquaintances and 543 remain in state shelters.

According to the latest report, households affected by the disaster have increased from 4,800 to 5,821, a balance that grows every day and further complicates the delicate housing situation in Havana, the most populated city on the island.

So far there are 502 total and 823 partial collapses of homes, to which are added more than 760 buildings without roof and 1,639 with partial damages in the latter.

The Cuban government is committed to helping the victims recover their homes, for which it has decided to sell materials at half price and assist in the reconstruction.

More than 200,000 cubic meters of rubble have been collected in Havana, including the remains of walls, roofs, cars and lamp posts.

So far, the sending of money to state bank accounts total more than 3.2 million Cuban pesos (more than 130,100 dollars) and 129,552 in foreign currencies, Granma reported.

To that is added 100 tons of aid sent by Venezuela, which include machines for moving earth and debris, forklifts, trucks, pipes, electric cables, doors and windows.