At 8 a.m., the center of the storm was about 470 kilometers south-southeast of the western tip of Cuba, according to an alert from the United States National Hurricane Center. 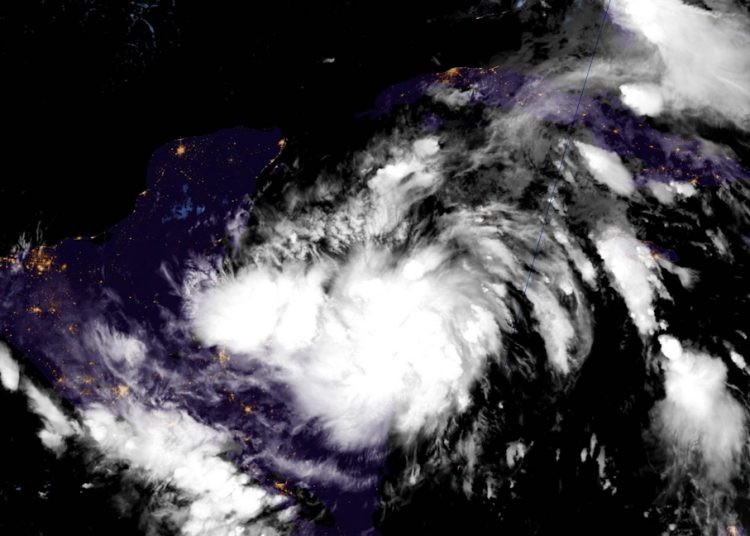 Tropical Storm Zeta, the 27th of the cyclonic season, formed this Sunday near the coasts of western Cuba and the Yucatan Peninsula, which constitutes a new record for this period in the Atlantic.

At 8 a.m., the center of the storm was about 470 kilometers south-southeast of the western tip of Cuba, according to an alert from the United States National Hurricane Center.

The system had maximum sustained winds of 65 kilometers (40 miles) per hour and was barely moving, according to meteorologists.

The system is expected to reorganize and move north-northwest on Sunday, avoiding a direct impact on Cuba and the Yucatan Peninsula on Monday before entering the Gulf of Mexico on Tuesday.

A tropical storm watch was issued for Pinar del Río, Cuba, and a tropical storm warning for Cozumel and between Tulum and Río Lagartos, Mexico. Zeta is expected to become a hurricane throughout the day.

There have been so many storms this year that the hurricane center has turned to the Greek alphabet to identify them after exhausting the names from the official list.

Zeta could bring 4 to 8 inches (10 to 20 centimeters) of rain to parts of the Caribbean, Mexico, southern Florida and the Florida Keys on Wednesday, according to forecasters. Some places could get up to 12 inches (30 centimeters) of water.

For its part, Hurricane Epsilon was moving fast through the northern stretch of the Atlantic Ocean. Experts estimated that it would become a post-tropical cyclone on Sunday. The large sea level rises caused by the system could cause dangerous waves and currents on the east coast of the United States and the Atlantic coast of Canada in the coming days.