That is the true secret of all cities: their internal rhythm. We are of theirs when our bodies follow it without our thinking about it. 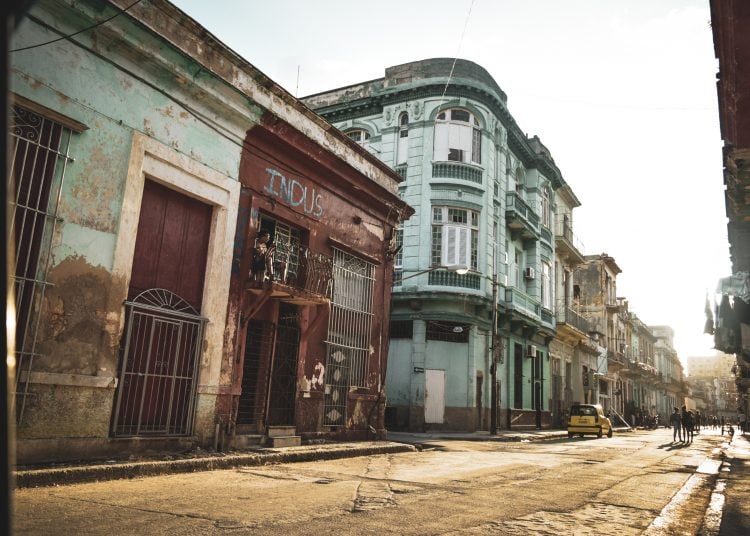 And the names and dates

and our follies will be erased

and the light will remain, bróder, the light

I would like to talk or rather speculate about the presidential elections, which is what many of us have in mind lately all day and at all hours; but the words get stuck in my throat—such is the fright that inspires the possibility of falling even more into hell overheated by so many stale people with red caps. That’s why, for those of you who have the privilege of voting, use it today. Tomorrow will be too late.

Meanwhile, I resort to the cities, I take refuge.

They seem to be like a gift for whoever passes through them, cradling the tourist and the inhabitant alike under their cloak of anonymity. New York and Paris, Tokyo and Casablanca, there where lovers travel seeking a hideaway, that the explosion that they are doesn’t rumble and doesn’t knock down.

But it is all deception: cities don’t belong to everyone and to all.

It is not enough to choose it; a city must be won over.

Many years ago, I preferred Paris to Geneva. In one I only managed to stay for a few taciturn hours, without ever returning; I have also sadly walked the other, but to this day I have not managed to detach it from my skin (I have not tried either).

It was summer, I had no money and instead of taking the subway I was walking everywhere. One afternoon I came to Chateau Rouge, at the foot of Montmartre hill. Neither the Tour Eiffel, nor the Champs Elysées, nor the Louvre or the boutique windows in Saint Germain-des-Près had completely convinced me. At the other end of the city, half hidden, the Marché de Chateau-Rouge. However, the ecstatic tourist on the steps of the Basilica of Montmartre only needs to turn to the right and would not stand in the middle of the African market. Ripe plantains for frying, incense, dates, halal meat; the shouting in unknown languages ​​making me make a decision that would define who I am today: Paris, not Geneva.

But when I returned the following summer, to definitely settle in the city, I understood from the first day that it would not be easy to survive in Paris: at the RATP kiosk of the Cité Universitaire, the employee was reluctant to understand my French—excellent according to my teachers at the Alliance Française— and I barely managed to get her to sell me a weekly ticket for the metro. Then there were the long lines in the stairs of cold apartments that I was hoping to rent: without an address, I could not go to the police prefecture on rue Miollis and apply for a residence permit as a student. But no one rented me an apartment: so young, so black, so Caribbean…how could the owners of those hovels that they rented at exorbitant prices trust me? Finally, thanks to my mother, I found a tiny studio (13 square meters). I also had to look for work: but not even the managers of the McDonald’s took me seriously. With an Argentine neighbor as desperate but in a good mood like me, we would get up before dawn to deliver free newspapers at the exit of the subway. Shivering with cold, hungry.

In the end, however, I won over the city.

Two years ago, on my most recent visit, I found that despite having left her fifteen years ago, she still welcomed me; that she was glad to receive me again: no longer hungry or cold, although always my body letting itself be carried away by its internal rhythms, agile and free and libertine like that of a common rat on the Paris metro.

That is the true secret of all cities: their internal rhythm. We are of theirs when our bodies follow it without our thinking about it.

We are surprised, then, by the body dragging us up the stairs in the metro, making us take an exit that leaves us faster in front of the door of the bakery where they make us enter and buy a pain aux raisins, which we only notice after the first bite, after swallowing the first piece.

When will I return to Paris?

Return is a tricky verb. Much more now, in days of transitions. Return? Where? Who? What and who will be left after all that has been, what is, what is coming? It is November, and whatever the electoral verdict, afterwards, everything can change. We don’t even imagine how.

There are those who predict the hecatomb; assuming that the virus, the confinement, the crisis, no one really knows by following what logic, have taken away the cities’ raison d’être. Those who have left the city, returning to the suburbs, complain about what good is living in Manhattan if theaters, restaurants, and museums are closed; if there are no rooftop parties and one after the other businesses go bankrupt? I insist, returning, because only those who are not truly urban confuse NYC with Manhattan and are ready to pack up and leave the city as soon as the Starbucks on the corner closes.

New York was the place that everyone went or wanted to go at least once, before the pandemic. New York and Paris, which have always seemed like one of those old couples whose complaints we no longer hear except as background noise, because we know they will love and hate each other with the same intensity for an eternity. Because we did not doubt that, in all circumstances, the city would survive us. And she would summon us and without making a fuss we would come, paying what had to be paid, tourists, artists, entrepreneurs or aspirants to whatever or aimless wanna-bes, or people from the provinces like me, who live close enough to New York to wake up any Saturday and at breakfast, after a yawn and confirming that it would not snow that day, get dressed, run to start the car and get to George Washington Bridge in two hours. To breathe! Yes, breathing in the unhealthy mixture of soot and dirt, released in precise strokes, waking us up.

You arrive in NYC now as it should be, with your nose and mouth covered, to lament the absence of the laugh and the scream that used to surprise us when crossing an avenue, to find ourselves face to face with the closed door of the favorite restaurant, look at the empty shelves of a store about to close for good.

Absence, silence and mourning; but people still return to the city. Because I think so too: NYC doesn’t die. New York changes, reinvents itself, but doesn’t disappear. New York without tourists and businesspeople in a hurry is another New York: that of its unconditional dwellers, those who really know it―either by their own decision or because they have no other―and haven’t wanted to get away from it or have no other place where to go. Both of them, these are the ones chosen by the city. And there they are. Surviving and making the city everlasting, the city that crushes and sustains them at the same time: circular energy.

Although the apocalyptical might be right and all the cinemas, theaters, restaurants and museums and cafes and shops and even the parks where we used to picnic on the occasional Sunday in July may die. Perhaps the days are numbered for the city, destined to be remembered only as a vestige of the 20th century.

Will anything remain standing? Hopefully our bodies. Guiding the faithful crazies who persist in returning to the ghost town, mindlessly slipping down Broadway. I miss this New York without bus horns or literally sweeping cabs or people yelling at their iPhone, or whoever was on the other end of the line, spitting on the screen and everything else. None of that anymore. Six feet away. Mandatory mask. Fear. A lot. And death.

It was last spring that we learned of the existence of that desert island, not far from the Bronx, Hart, where gravediggers covered in black and white protective suits covered boxes with unknown corpses, of people not remembered by anyone, only claimed by the coronavirus . Of rough wood were the coffins for the evicted New Yorkers. In Guayaquil, only the less unfortunate get cardboard.

New York also seems dirtier now. Not that I care. I am from Havana. And yes, in Paris, it was the flavor of the plantains and the softness that the shea beurre sold by Moroccans and Senegalese left in my hair that made me choose it; that steam from the first night I spent in it would be the cause in New York. Gas stink and sewer fired in the air the same in Union Square as in Williamsburg, in summer. Excrescences in a fair dose combined with the saltpeter of the Atlantic when the water of the rivers joins it. As in Havana, which is not exactly on the Atlantic or the Caribbean because it is not exactly anywhere, because no city is exactly in one place. True cities exist in their own enigmatic location, without coordinates that subject them to a specific way of being. And perhaps that is why all types of bigwigs tend to maintain such an ambiguous relationship―more like hate, those who know them closely would say―with cities. Arriving victorious at their center, showing that they have vanquished them, seals the triumph as absolute. But the bigwigs are not very skilled at scrutinizing the innermost breath of the cities, which in the end make fun of them. They are eternal; and the bigwigs, those vain ones, do not forgive the immortality of others.

Like Paris, I don’t know when I’ll return to Havana.

For now, I have to remain, just on the threshold of November, pending on the transitions of the moment. Therefore, I hold on to the light filtered through the few maple leaves, not in Havana, not in Paris, not in New York; only in New England. Slow light of an autumn sun. Sun tired of being sun. Because, here, neither does too much light form other walls with the dust  nor is anyone going to stop, in the middle of the forest, to inadvertently say a verse, “the light, bróder, the light.” Placing emphasis on the o and with a d. Said in Cuban. Although not in just any Cuban, but in the right tone in which a Cuban from any province on the island or beyond, speaks in Centro Habana, one afternoon or one evening or almost at midnight― time is what matters less, because in Havana, as everyone knows, lethargy is always the same. So, only that matters, that these events happen in Centro Habana.

*Editor´s note: This text was originally published by OnCuba on October 26, 2020.