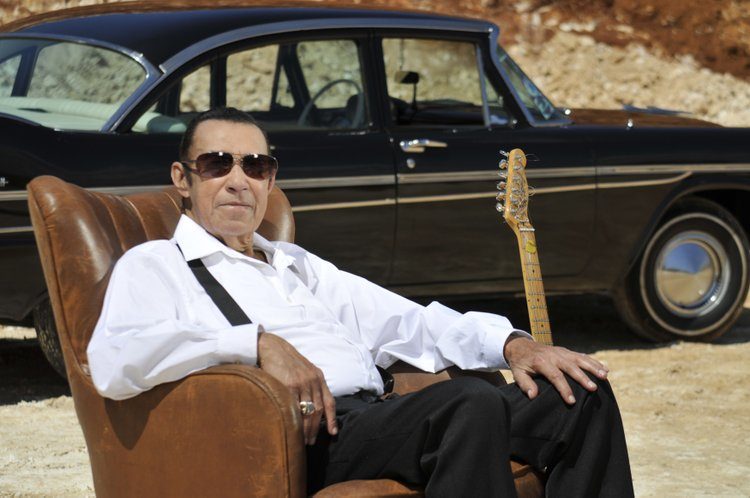 The best gift Cuban guitarist Manuel Galvan left us before leaving forever was his album "Blue Cha Cha". This work shines among his entire musical production and the Cuban music scene for its achieved eclecticism. In it Galván makes his, alongside Cuban and foreign musicians, the universality of music and appropriates, with his usual mastery, various genres, styles and sounds that manage to build a clear and long dialogue between past and present.

All this is presented in an organic way in the promotional Blue Cha Cha DVD. This material, directed by Ernesto Daranas, recreates the presentation of issues through contemporary images of Havana and its people, their stories and ways to host the music because that’s Blue Cha Cha, a reinterpretation of the usual sounds, perhaps an unbelievable mix of some rhythms with others, such as the presence of a bandoneon, an unlikely instrument to play a danzón.

Under the guise of a love story parade before us working sessions with Magda Rosa Galvan and Juan Antonio Leyva, recordings in studies, interpretations, improvisations, the joy with which Manuel Galvan intervened in the world and it was just his way of understanding music and give it away.

In Blue Cha Cha he is accompanied since the music production by his daughter Magda Rosa Galvan and Juan Antonio Leyva, who helped in the arduous task of choosing the 12 tracks on the album among all songs he played during his long and fruitful career.

Thus two of the songs he played with Los Zafiros “Y deja” y “Bossa cubana” were changed. In the latter he is masterfully accompanied by Trio Esperanca from Brazil. Omara Portuondo also joins this musical journey and gives a pristine rendition of Piloto and Vera’s  “Duele”

Other musicians who came from afar and joined in the aim of making of Blue Cha Cha a singular album were Eric Bibb who plays the number composed by Juan Antonio Leyva that gives title to the DVD, Rossa Passos that leaves to posterity a crystalline interpretation of “Alma mia”, and the kora virtuoso artist Ballaké Sissoko, from Mali, who takes over the mix of jazz with tropical rhythms that Batuca is, composed of Magda Rosa Galvan and which by its nature breaks expressly with the sound of the disc.

In this offer Galván grows in the interpretation of blues, tropical music, cha cha, danzón, rumba, son, with his red guitar, his travel companion for ages. With it he showed us that there was no genre that could resist him and seduced everyone since he decided by music back in his hometown of Gibara.

Our Lady of Charity: symbol of Cuban identity